Shiba Inu (SHIB) has been on an upward trend after buyers stepped in and bought back Shiba Inu around $0.00000550, after the correction that went through cryptocurrencies at the beginning of the week. That entry point, $0.00000550, originates from June 12 and has not been tested since, so buyers are right to have picked up some SHIB at these levels.

Further upwards, a real battle has been going on between buyers and sellers. But sellers pulled the short straw and got overtaken by buyers on reclaiming the red descending trend line around $0.00000650. With a perfect retest after the break higher followed by a bounce off that same red descending trend line, buyers are in control of the next ground to reclaim. Price action in SHIB shot through $0.00000760 but has not been able to stay above, or at least get some volume up there, as the thickness of the candles each time resides below $0.00000760.

This could spell some issues for Shiba Inu. Price action is getting squeezed in from below with the green ascending trend line pushing prices higher. On the upside, price action seems to retreat below that cap at $0.00000760. SHIB price is thus getting squeezed in a bit, even from both ways, as SHIB cannot make new highs and is even making lower highs for three days now. 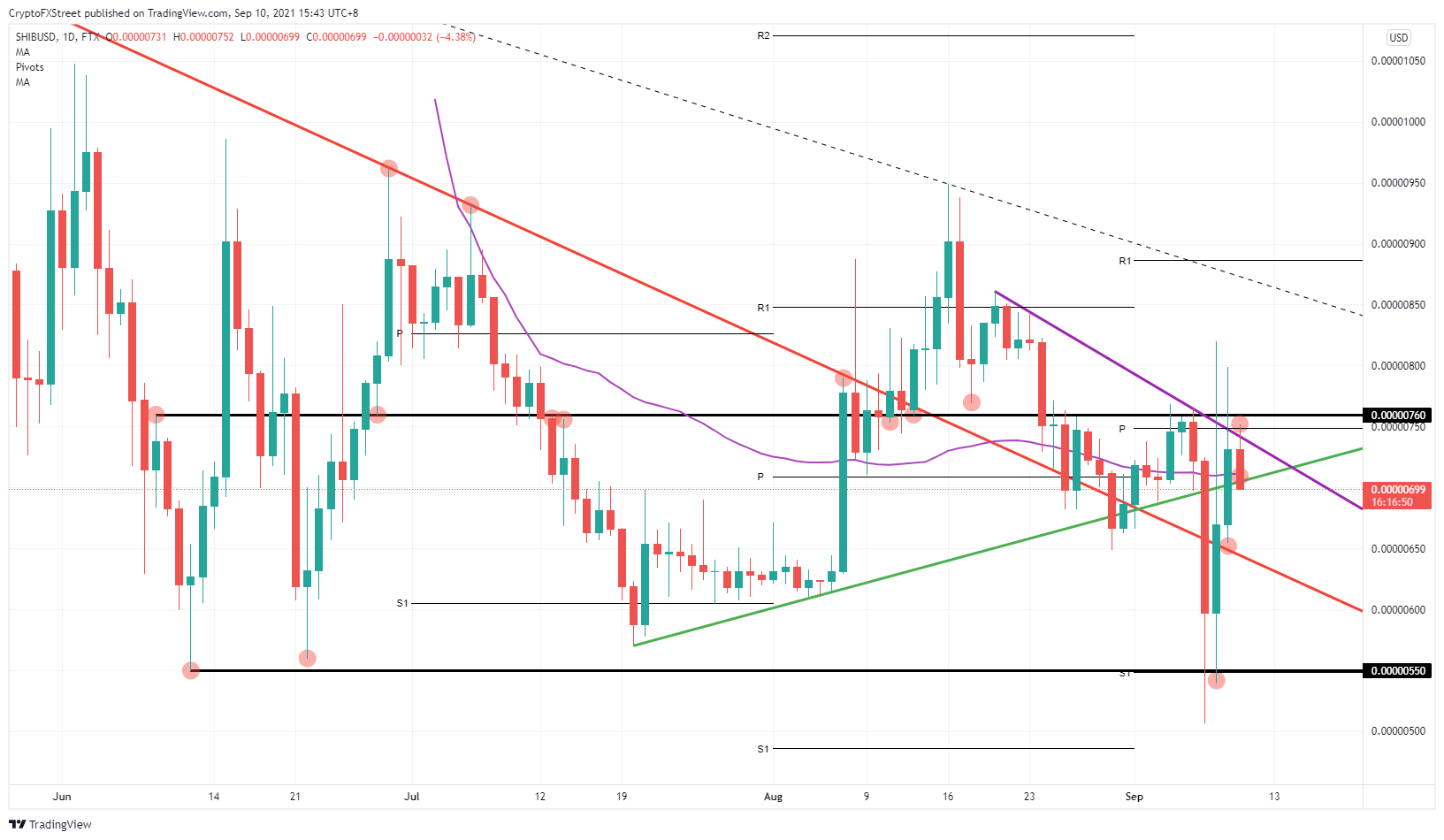 Expect a breakout either way. Seeing the global sentiment and recovery in markets, risk-on switched back on today in the Asia-Pac session. And both European and American index futures seem to follow suit, so expect a push to the upside. A close above $0.00000760 would be very beneficial for price action if buyers can clear that resistance. It is smooth sailing from there toward $0.00000850. That would bring Shiba Inu back toward that dotted descending trend line.

If SHIB breaks to the downside, expect a retest again on the red descending trend line before another push lower toward $0.00000550.