Shiba Inu (SHIB) price is caught in a bearish triangle and is set to break back below the monthly pivot and 50% Fibonacci level. With the Relative Strength Index still above 50, bears still have plenty of room to run prices to the downside as SHIB bears look to complete the triangle. Expect a break towards the base of the triangle at $0.00004490 and a possible bounce off the 61.8% Fibonacci level, at the same level.

Shiba Inu price already saw quite the bullish response on November 4, when SHIB price dipped temporarily below the 61.8$ Fibonacci level at $0.00004490 before recovering. That level also falls in line with a technical pivot level from October 24. The bulls got rejected first at this level from making a new high, but made a clear break higher days after that.

SHIB price will see bears first trying to complete the bearish trend by completing the triangle with a further touch at that same pivot and Fibonacci level near $0.00004490. As the red descending trend line is very well respected with three retests, expect bears to squeeze bulls out of their long-entries above the monthly pivot at $0.00005435 and the 50% Fibonacci level at $0.00005690. 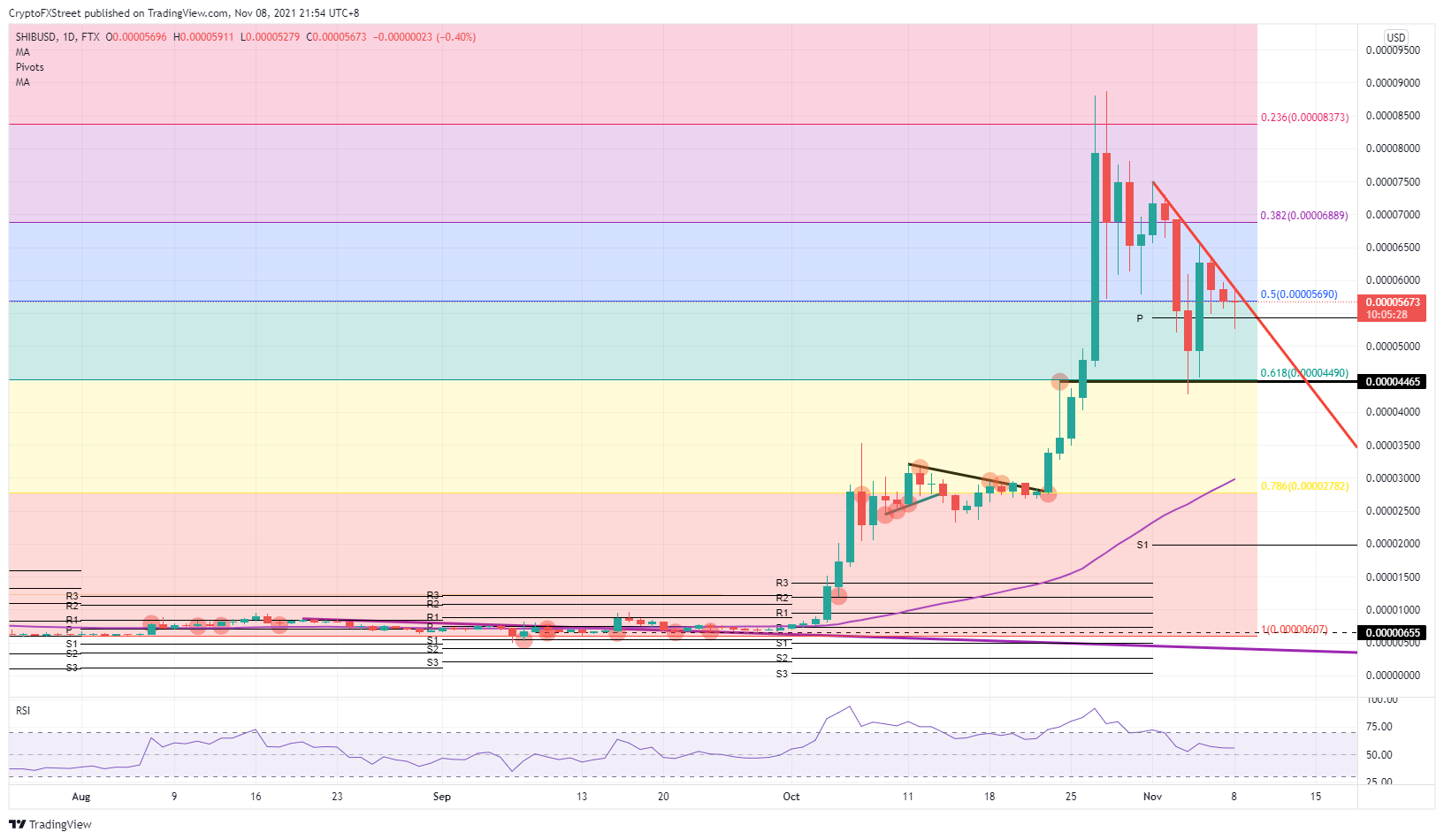 Once bears have completed their triangle play down to $0.0000490, expect bulls to pick up Shiba Inu price action and defend this level once again. By then, the RSI will be threading below 50 and will signal the green light for buyers to step in and buy SHIB coins at a discount. If more positive tailwinds emerge, expect the buy-side volume to explode once the red descending trend line is broken, with $0.00008373 as profit target to the upside.