Shiba Inu price is traversing inside a continuation pattern that suggests a breakout is near. However, breaking free from this setup forecasts a massive upswing that could more than triple the market value of SHIB. Therefore, investors need to keep a close eye on the Dogecoin killer.

Shiba Inu price is traversing a continuation pattern known as a bull flag. SHIB set up a new high on October 28 at $0.0000885 after rallying 220% in roughly six days. This move constitutes a flagpole, and what followed it was a consolidation in the form of lower highs and lower lows, which resulted in the formation of a flag.

The technical formation forecasts a 220% ascent, determined by adding the flagpole’s height to the breakout point to reveal the target at $0.000197. However, a breakout will occur if Shiba Inu price produces a daily close above $0.0000649. Investors are advised to wait for a secondary confirmation that arrives after SHIB sets up a higher high above $0.0000781.

While the ascent is straightforward, market participants should expect Shiba Inu price to slow down around $0.000123, which is the bullish target from the bullish pennant pattern that broke out on October 20. 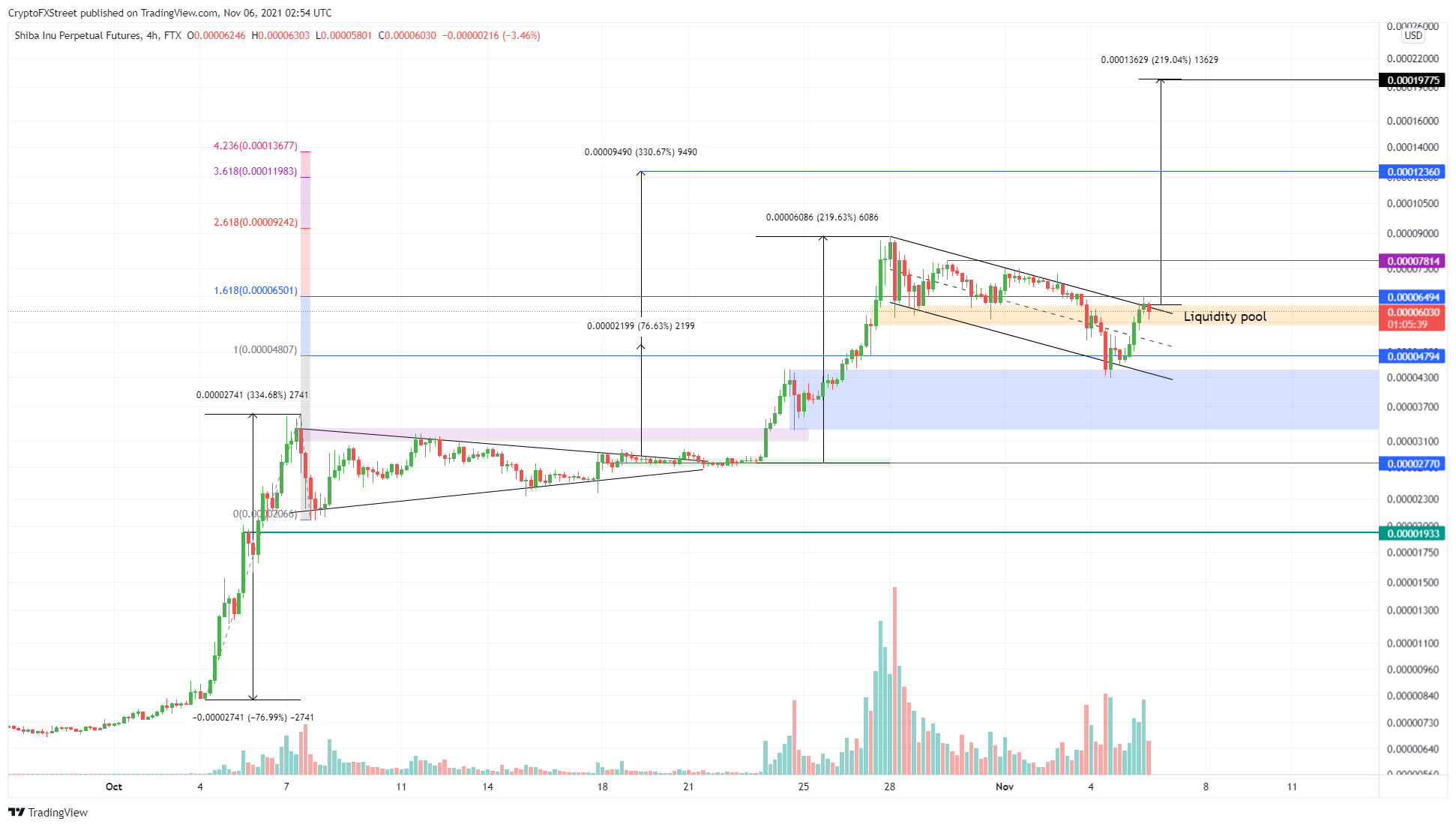 On the other hand, if Shiba Inu price retests $0.0000479, it will create a makeshift double bottom pattern that will allow the bulls to give the uptrend another go. However, if the buyers fail to defend this barrier, it will invalidate the bull flag’s bullish thesis, pushing SHIB to enter the demand zone, extending from $0.0000328 to $0.0000446.