Shiba Inu price action, while volatile and unpredictable, is almost textbook in nature with how it has traded with regards to the Elliot Wave Theory. Operating on the supposition that Wave 4 ended right on the 61.8% Fibonacci retracement at $0.000043, the future price range that Wave 5 could likely terminate can be forecasted. For those who would argue that the Friday low at the 61.8% Fibonacci retracement doesn’t qualify as a Wave 4, I would ask those critics to remember the rule: Wave 4 cannot exceed Wave 3. Wave 4 does not often extend beyond 50% of Wave 3 – but that is a guideline, not the rule.

The Wave 5 target for Shiba Inu price is $0.000117 is based on the 161.8% inverse Fibonacci retracement of Wave 4. However, to reach that value area, Shiba Inu must close at or above $0.000067. A close above $0.000067 would return Shiba Inu into a complete bullish expansion phase within the Ichimoku Kinko Hyo. Additionally, the close would be above the Friday swing high and above the second-highest volume node in the volume profile.

If Shiba Inu price is close to $0.000067, the oscillators will significantly support the bullish bias. Hidden bullish divergence is present in the Relative Strength Index, while the RSI is just above the first oversold condition. Likewise, the Composite Index shows hidden bullish divergence while trading near a support zone within that oscillator. 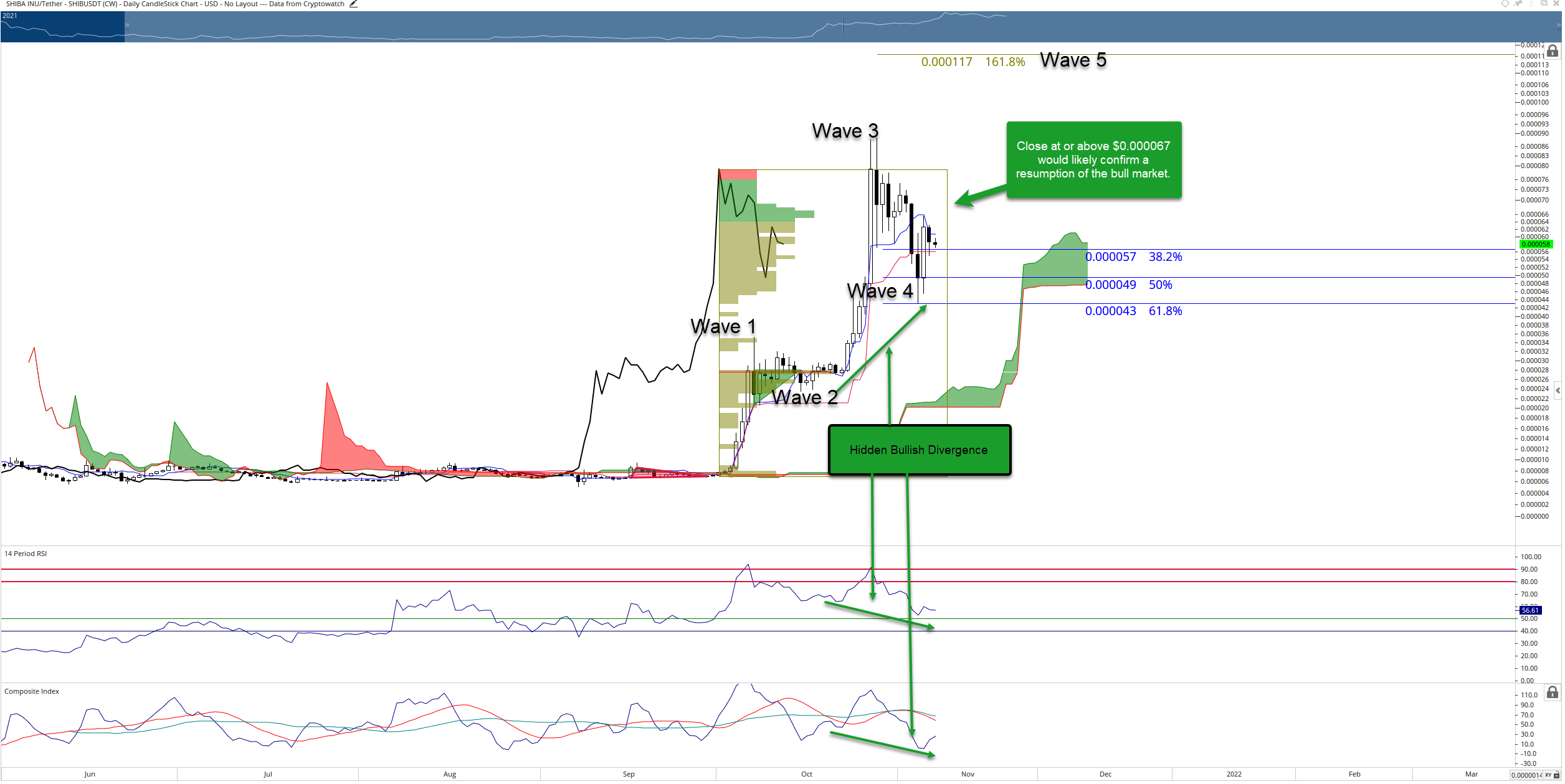 While the current setup for Shiba Inu price is leaning heavily on the bullish side, downside risks remain. Invalidation of the current bullish bias will occur if buyers cannot push Shiba Inu to $0.000067. An early warning sign that a deeper corrective move could be coming is any daily close below 50% Fibonacci retracement of at $0.000049.