SHIB price is in the process of setting up a bottom reversal pattern. Interestingly, the effects of Musk’s tweet were ephemeral, which allowed Shiba Inu and the rest of the crypto market to recover quickly.

After this massive drop, SHIB price slipped into consolidation and has been doing it for more than two weeks. This range-bound movement has evolved into a bottom reversal pattern known as Adam and Eve.

This technical formation consists of two valleys, one with a V-shaped bottom and the other has a rounded base. The first swing low is referred to as Adam, while the second, Eve. A horizontal resistance level is formed when the peaks of the two swing lows are connected using trend lines.

The target for this technical formation is determined by adding the distance between the peak and the valley to the breakout point. Therefore, a decisive close above $0.0000109 will confirm a breakout from the reversal pattern and project a 30% upswing to $0.0000146. 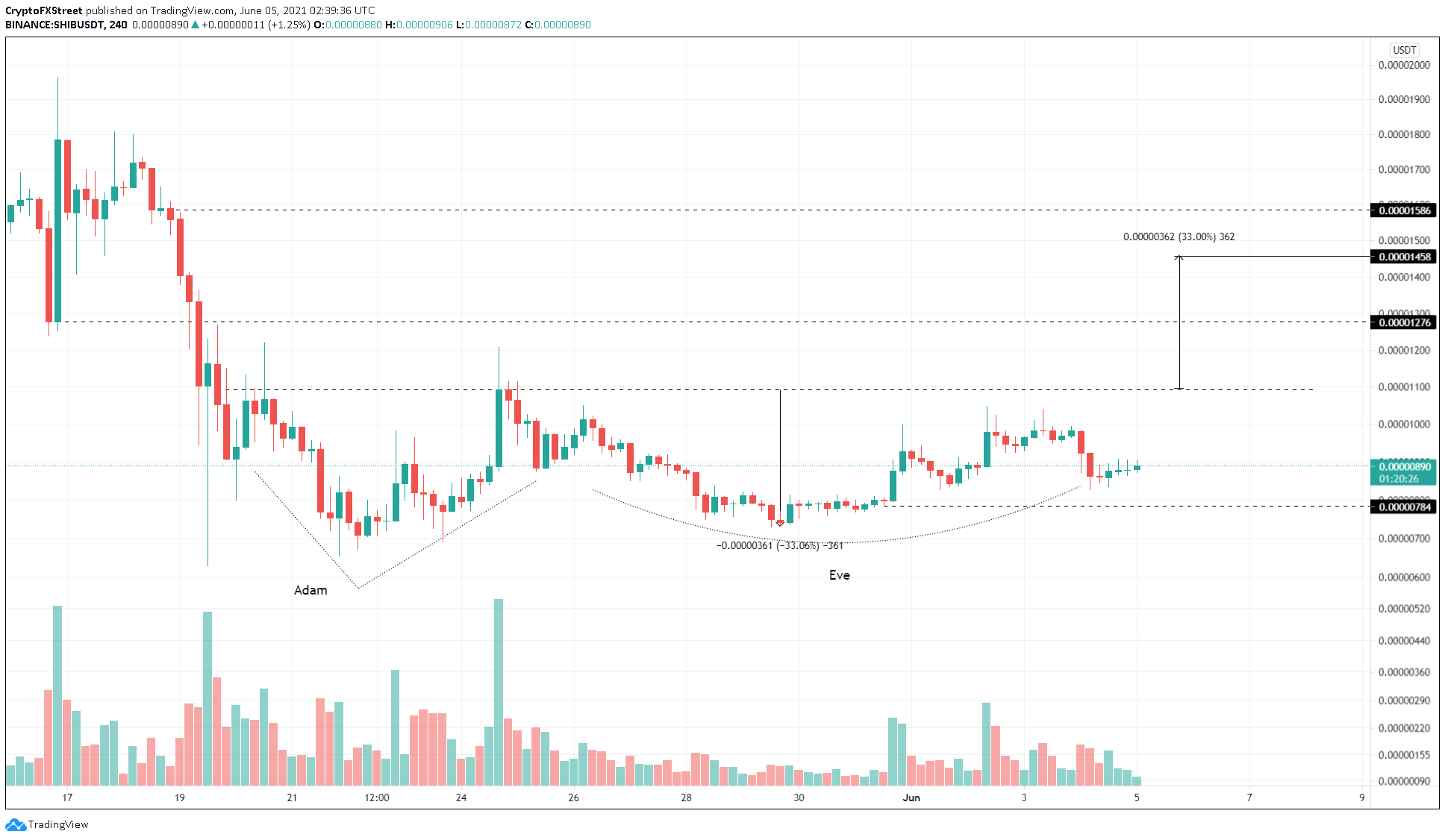 However, if SHIB price fails to break through the resistance level at $0.0000109, it will signal weak buyers. If the resulting downswing produces a convincing close below the May 31 swing low at $0.00000784, it will invalidate the bullish thesis.

In that case, Shiba Inu might continue its downtrend to the second valley’s lowest point at $0.00000731.