After testing the channel's upper resistance on May 6 at $0.000012, SAFEMOON has regressed 50% and is currently trading at $0.0000065. This behavior of Safemoon price has formed a descending parallel channel that keeps the digital asset bouncing between the trends lines in an accumulation phase.

SafeMoon price has endured a consolidation period for three weeks that began on May 6. Safemoon price has recorded a series of lower lows and lower highs since then. The upper trendline resistance level at $0.000010 continued to prevent SAFEMOON advance.

Such market behavior formed a descending parallel channel on the 4-hour chart. A recent increase in buying pressure behind the SafeMoon price would allow the break out of the channel's upper trendline.

SafeMoon price should convert the 200 four-hour moving average that acts as resistance into support, which could lead to an upswing towards the channel's upper boundary at $0.000010.

If SAFEMOON manages to break this barrier, the digital asset will start a bullish rally of nearly 60%, reaching $0.000014. This target is determined by measuring the width of the parallel channel and adding it to the breakout point. 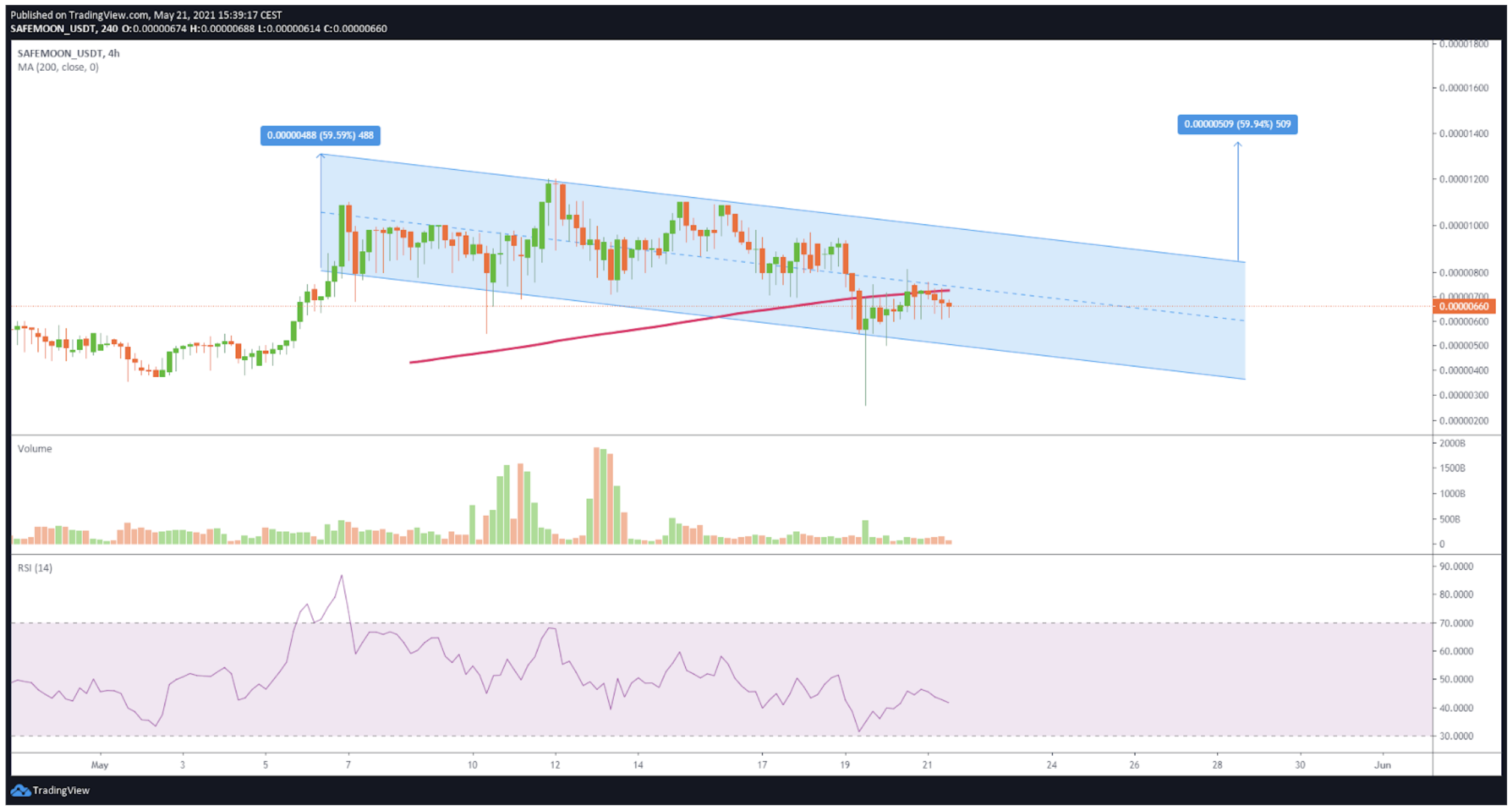 An increase in profit-taking by investors would lead SAFEMOON to collapse below the channel's lower trend line, which may push SafeMoon price to the recent May 16 low at $0.0000026.