SafeMoon price dropped below a crucial supply barrier as the markets tumbled on June 7. If the flagship cryptocurrency makes a comeback, investors can expect SafeMoon to follow suit.

SafeMoon price was on the road to recovery when Bitcoin price took a fall. This sudden uptick in selling pressure pushed SAFEMOON from $0.00000398 to $0.00000315, a 20% crash. The downswing sliced through a crucial support barrier at $0.00000344. While the risk of further downside remains, SafeMoon price shows the possibility of a reversal.

For the bullish outlook to manifest, SAFEMOON should produce a decisive 4-hour candlestick close above $0.00000344. If such a move were to happen, the altcoin could eye a quick 17% upswing to tag the 50% Fibonacci retracement level at $0.00000397.

In a bearish but less likely scenario, SAFEMOON price might drop to the range low at $0.00000271 before kick-starting an uptrend. 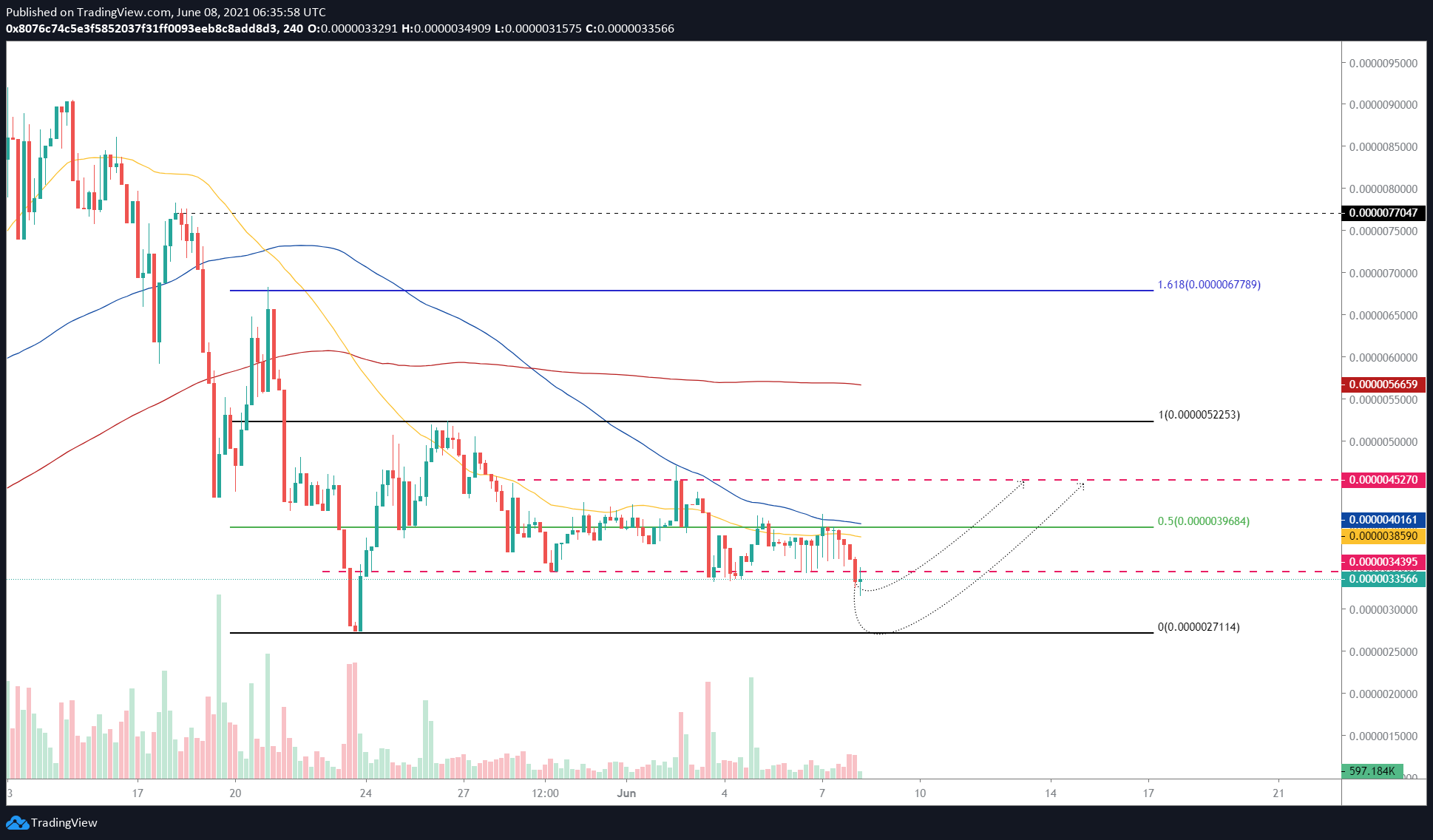 On the other hand, a breakdown followed by a retest of the swing low at $0.00000271 will invalidate the optimistic narrative. Such a bearish move would signal the start of a new downtrend and might even trigger a sell-off that could push SafeMoon price down by 25% to $0.00000202.

Shiba Inu, the second-largest meme coin, is closer to its breakout according to analysts. While declining trade volume and inflows to SHIB are typical of a bearish trend reversal, analysts remain bullish on SHIB. Analysts have predicted a recovery in Shiba Inu, after the meme coin yielded nearly 50% gains to holders within a week.

Dogecoin price prediction could be a sucker's rally. Placing a short entry will be justifiable if bulls cannot hold support above $0.085.

AVAX grinds to a halt, breaking a 2-month trend within an ascending parallel channel. Despite breaking above $30, it failed to close the gap to $40.

Why retail traders are uninterested in the current Cardano price

Cardano price is signaling a lack of interest. If market conditions persist, bears could push price down in a sweep-the-lows liquidation.