SafeMoon (SAFEMOON) price has been stuck in a downtrend for over a month now after peaking at $0.00000700. With the formation of a base at $0.00000271, buyers are now showing an interest in SafeMoon coins again. An uptick in the Relative Strength Index (RSI) has provided further support for a rebound. Expect a bullish breakout when some tailwinds flare-up in cryptocurrencies, that could lift SafeMoon price towards $0.00000400.

SafeMoon price has been falling in a sequence of  lower highs and lower lows for most of November. Bears got an unpleasant surprise, however, when Safemoon price hit the base level at $0.00000271, and bounced. Upside price action today has already witnessed two tests of the red descending trend line.

SafeMoon price could now start rising rapidly as a short squeeze sees bears closing their positions en masse and booking profits. This could temporarily increase demand for SafeMoon,  leading to a bullish breakout above the red descending trend line that has been capping reactions during the November descent, which, in turn, could see even further buying in from bulls. 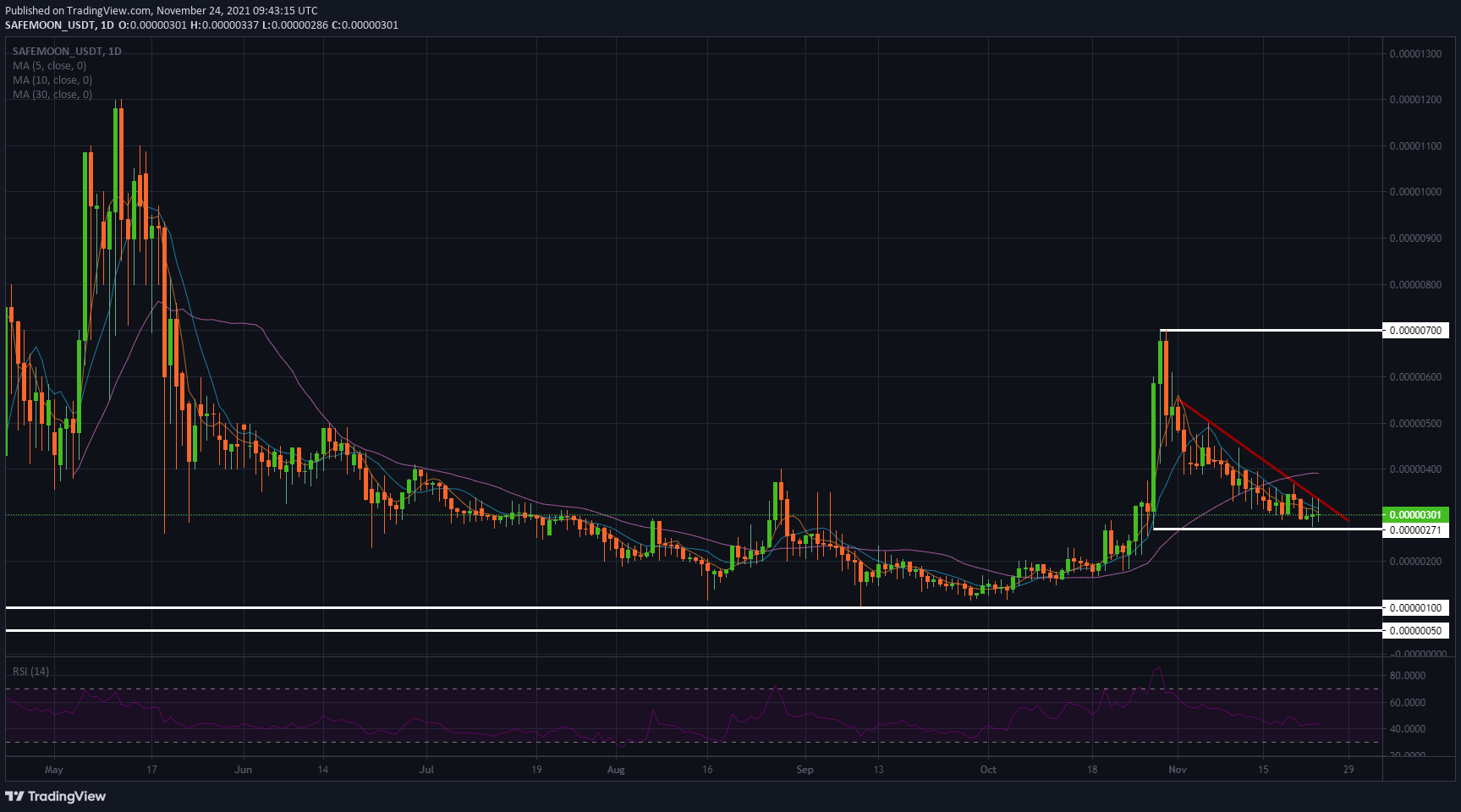 Dreams of revisiting the $0.00000700 October high may be unrealistic in the short term  (such a move would also result in a double top reversal pattern, which might then be followed by a retracement to the downside). Rather expect SafeMoon price to find an initial limit at $0.00000400 where the  30-day Simple Moving Average (SMA) will provide resistance. Should bulls be able to push through this level, however – possibly helped by some additional tailwinds – a rally could go as far as $$0.00000500..