Although Ripple Labs continues to battle against the US Securities & Exchange Commission (SEC) in the $1.3 billion lawsuit, the blockchain firm has reiterated its decision to keep its headquarters in San Francisco.

Ripple is not giving up on the United States

Ripple CEO Brad Garlinghouse stated that the firm is not willing to give up on the United States just yet at the Aspen Institute’s virtual forum. However, the cross-border remittance company is moving out of the country by recruiting talent in other countries.

Garlinghouse further highlighted that there is a lack of clarity surrounding digital assets in the United States. He added that the US is “late to the party” regarding cryptocurrency regulation, but he wants the country to succeed since Ripple was founded in America.

During the conference, Garlinghouse highlighted that two SEC Commissioners, Peirce and Roisman, stated that there is a lack of clarity for market participants around the application of securities legislation to cryptocurrencies and trading of the new asset class.

The Ripple CEO further compared the SEC’s clarity on cryptocurrencies to an alcoholic, stating that in his judgment, the agency is denying that there is no certainty and transparency in digital asset regulation.

SEC Chair Gary Gensler stated during the same forum a day earlier that he views the regulator’s stance as quite clear, reiterating the Howey and other security classification tests.

XRP price has not shown a clear indication of directional intentions, as Ripple continues to consolidate and move sideways.

Trapped under the 50 four-hour Simple Moving Average (SMA), XRP price appears to have little room to rally should the buying pressure spike. The token is obstructed by the resistance line given by the Momentum Reversal Indicator (MRI) before trying to reach its swing high at $0.77.

Ripple painted a rising wedge pattern on the four-hour chart, indicating a bearish outlook. The chart pattern suggests a 9% drop, which would see XRP price drop to the 38.2% Fibonacci retracement level at $0.67 at the start of the demand barrier. 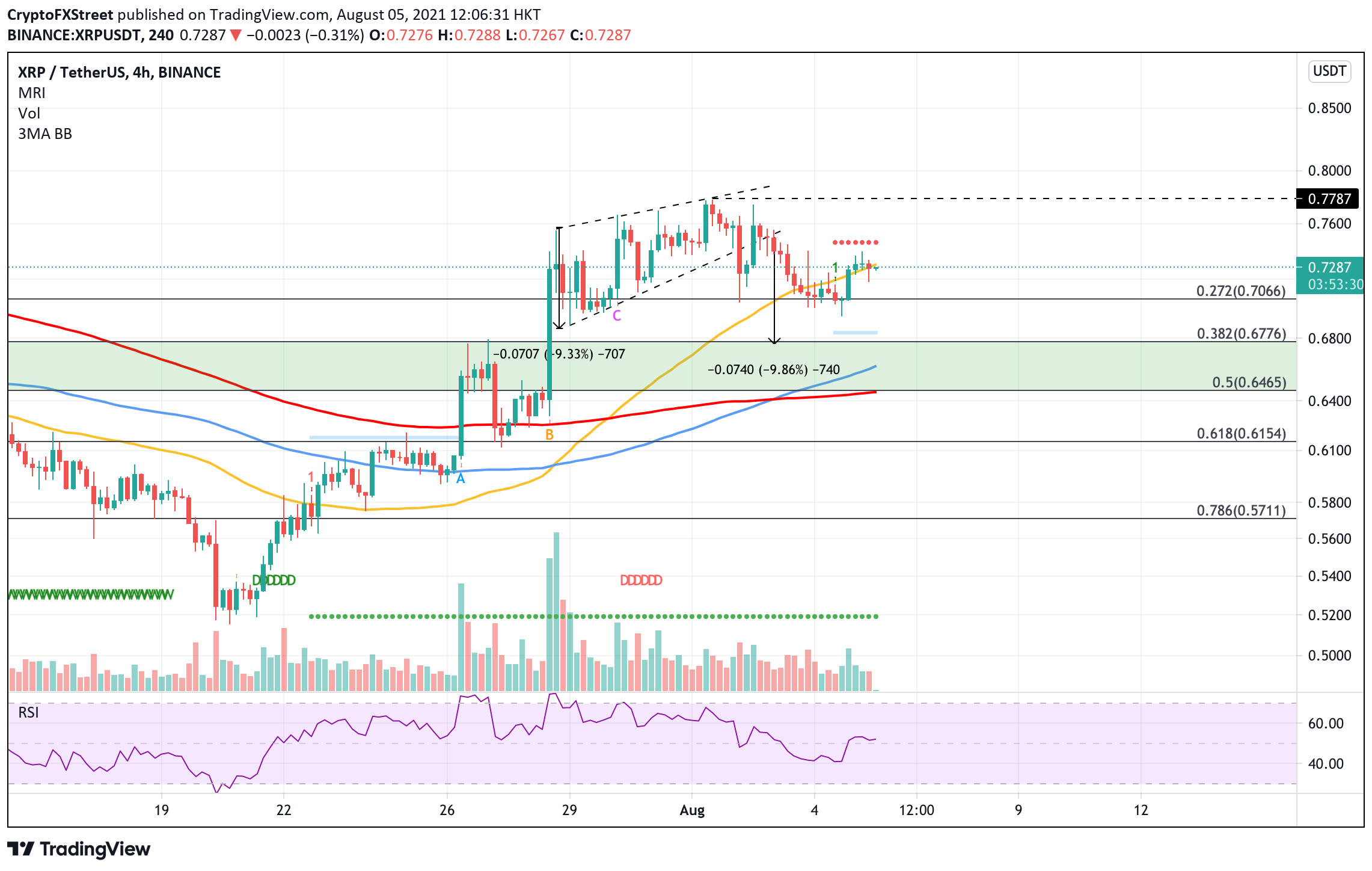