Polkadot (DOT) price has formed a pennant, with both the highs and the lows squeezed toward each other. With momentum and volume building on both sides of the spectrum, a breakout in DOT price looks to favor the bulls as they hold the most supporting elements.

Polkadot price has been stuck in a pennant for the most significant part of September, with prices squeezed in from both sides. A closer look spells fortune for the bulls with five technical elements in favor of a long. The first element is the monthly pivot at $26.67, holding price action in check since Sunday. The level launched price action back to the upside after bears had the upper hand short term. In that pivot holding, buyers reclaimed ground above both the 55-day and 200-day Simple Moving Average (SMA). Two supporting elements are helping out the bulls. With the 55-day crossing the 200-day SMA to the upside, the signal of a Golden Cross forming is flashing for technical traders to choose sides with the bulls.

DOT price action in the Relative Strength Index (RSI) is back below 50, making it slightly oversold. There is yet another reason for buyers to add some DOT coins to their portfolio. With global sentiment in favor of risk-on and stocks back in the buy-the-dip playbook, this makes Polkadot price very attractive with this discount. 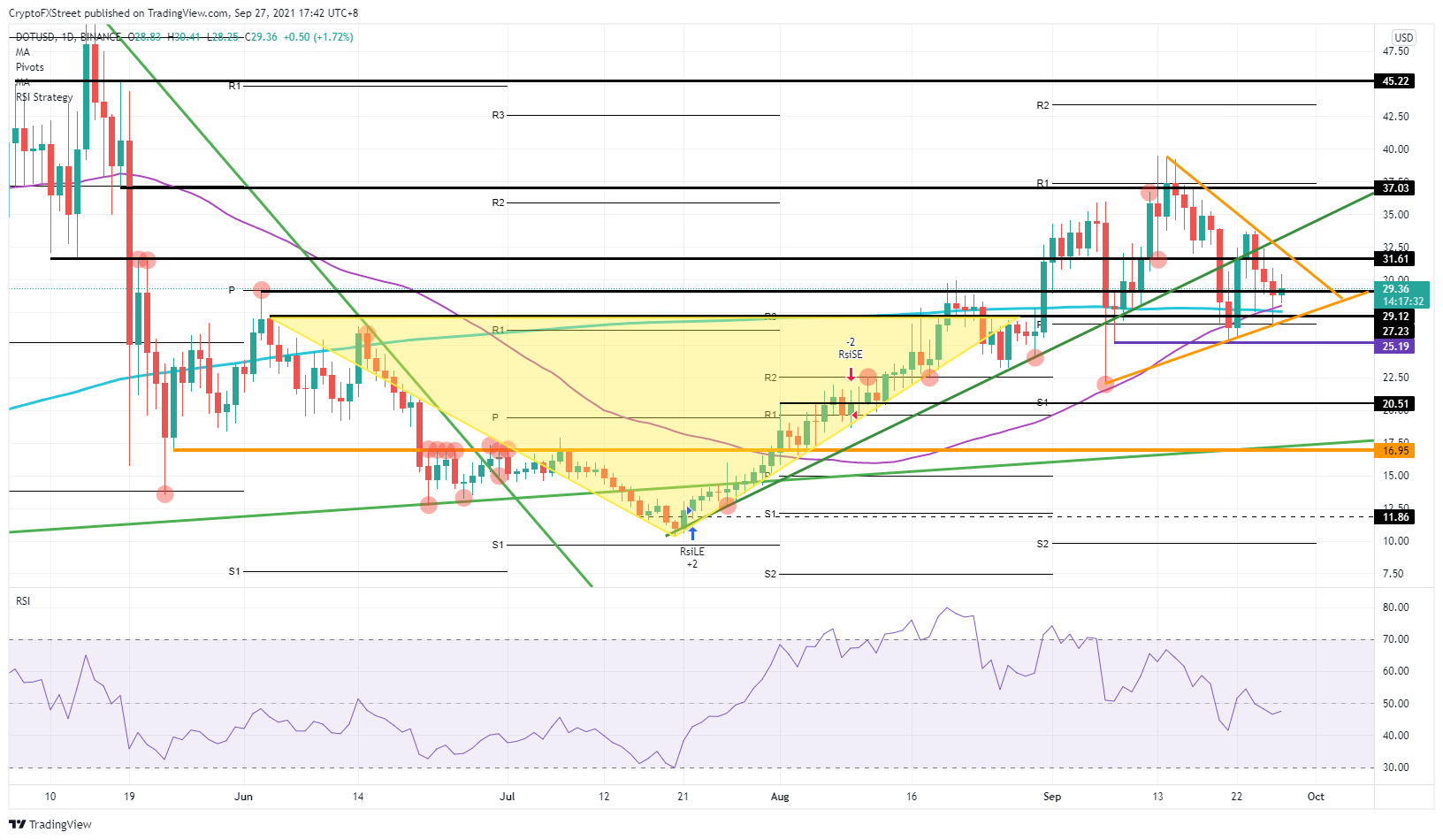 Expect bulls to charge DOT price above $31.61. That level will act as a breather for a retest before bulls charge again to push for $37. Once that level is reached, expect bulls to book profit.

Sellers in Polkadot price will want to start shorting DOT at $37, with that black historical line as entry and the monthly R1 resistance level at $37.38 as an area to place their stops behind as a double belt of resistance. Once the bulls are overhauled, expect a retest of the lower band of the current pennant on the ascending orange trend line or a retest of the $29.12 level.