Polkadot price continues to consolidate between the $26 and $31 price range. A breakout, however, is finally developing. The upside potential for DOT is substantial.

Polkadot price action continues to respond, bullishly, to a Point and Figure chart pattern known as a Spike Pattern. A Spike Pattern is any column of Xs or Os with fifteen or more boxes. The entry is always on the 3-box reversal. The most recent reversal occurred on December 20 at $32, just above the present value area at $28.

The hypothetical long entry previously discussed is still valid and presents an opportunity to add to an existing position or open a new one. The entry is a buy stop order at $32, a stop loss at $24, and a profit target at $82. The projected profit target is derived from the Vertical Profit Target Method in Point and Figure Analysis.

The trade setup represents a 6.25:1 reward for the risk, with an implied gain of over 178% from the entry. Due to the range of the profit target from the entry, splitting this trade into three or four smaller trades could be appropriate. Additionally, a trailing stop(s) of two to three boxes would protect any post-entry profit. 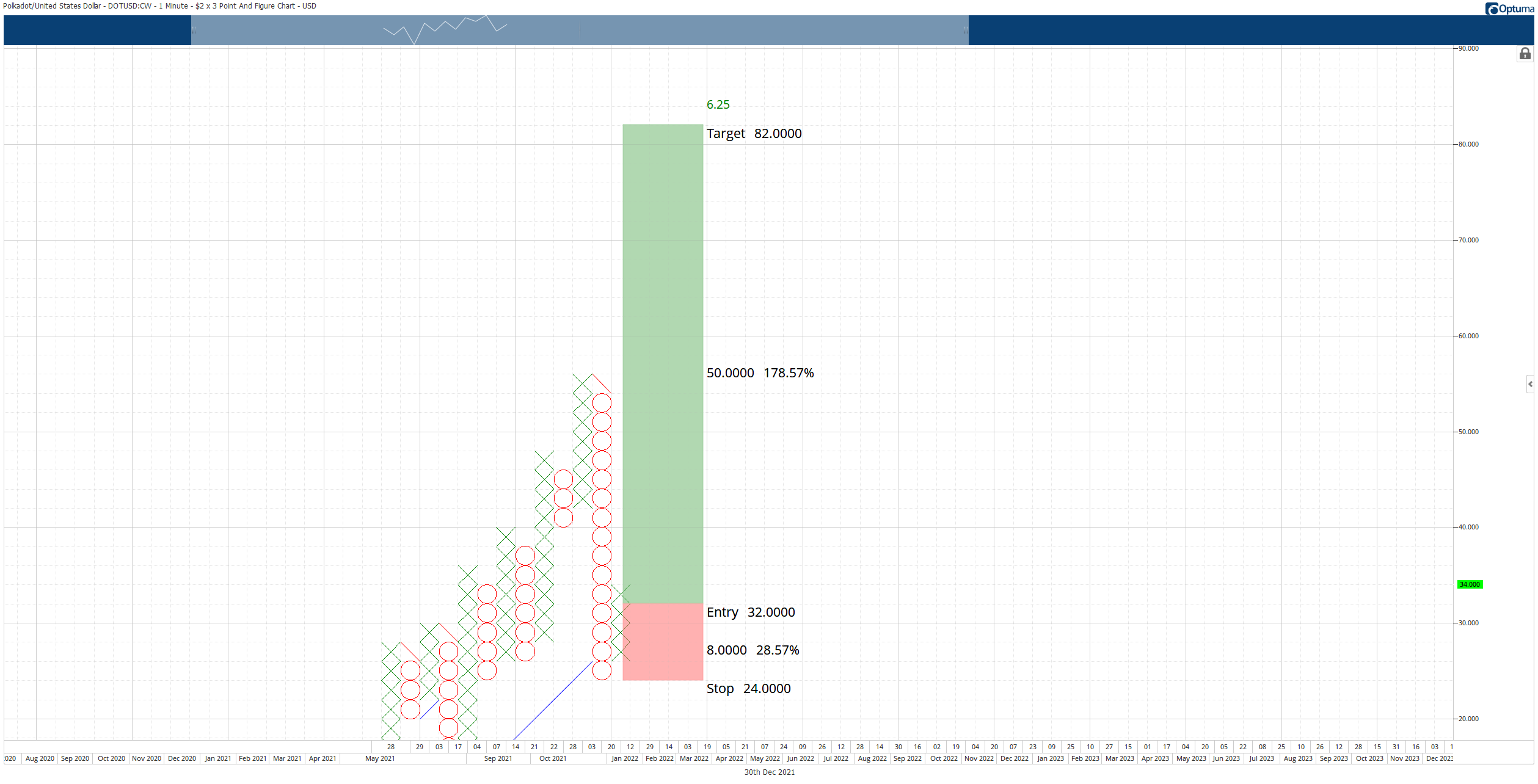 Traders should expect some resistance near the $40 value area where the weekly Tenkan-Sen and daily Senkou Span B exist within the Ichimoku Kinko Hyo system.

The hypothetical long setup is invalidated if Polkadot price drops below $20.

Dogecoin price is at a crucial point in its journey, which could either trigger a minor swing or a pullback that will prepare it for another massive leg-up. Investors need to pay close attention to DOGE and its upcoming corrections.

Traders can buy AVAX price here for the next leg

Solana price catches sleeping bulls off guard, is it too late to join the uptrend?

Solana price has rallied and recovered 60% of losses since the June 14 sell-off. SOL price Relative Stregnth Index reconquers bullish support levels. Invalidation of the uptrend is a breach below the swing low at $25.86.

If the Ethereum price does this, it's out of here

Ethereum price could become a very favorable digital asset for day traders in the coming days. Still, the final confirmation for more upside potential has not yet occurred. Ethereum price shows bullish signals forecasting a recovery rally towards $2,500 for the summer.