ETH has been one of the best performing altcoins out of top-20 on the weekend. The second-largest digital asset has nearly 5% in recent 24 hours and stayed unchanged on Monday in Asia. At the time of writing, ETH/USD is changing hands at $135.20, off the Sunday's high of $137.95.

The cryptocurrency market was agitated by the news that someone sent 90,000 on cryptocurrency exchange Kraken on the Christmas eve. The community suspected that the transaction was initiated by Ethereum creator Vitalik Buterin; however, it was another Ethereum co-founder, Jeff Wilcke, who was trying to sell his coins during the holiday period.

Later Wilcke confirmed the transaction and said that he needed the money for his new game. He has been inactive on Ethereum's GitHub since March 2019, and many experts believe, that he has effectively left the project and cashed out his share of coins. Despite the sell-off, Wilcke still owns a lot of ETH.

A sustainable move above $130.00 is a positive development for ETH/USD; however, we will need to see a strong recovery towards $139.50-$140.00 area for the upside momentum to gain traction. This area includes SMA200 (Simple Moving Average) 4-hour, the coin has been trading below this line since November 18. Once it is out of the way, the upside is likely to gain traction with the next focus on $149.30 (SMA50 daily) followed by the psychological resistance of $150.00.

On the downside, a sustainable move below $130.00 will bring sellers back to the market. The next support is seen on approach to $128.00. A confluence of SMA50 and the middle line of the Bollinger Band on 4-hour chart may slow down the downside momentum and initiate the recovery, However, if it is cleared, December 27 low of $122.30 will come into focus, The next support comes at $121.50 ( the lower line of 4-hour Bollinger Band) and psychological $120.00 that separates us from the decline towards the lowest level of 2019 reached at $116.40 on December 18.

MATIC price is currently grappling with a crucial resistance level, a breakdown of which could send it flying to a demand barrier that could trigger a reversal in the short-term downtrend. A 100% upswing to $1.727 is on the cards for Polygon. 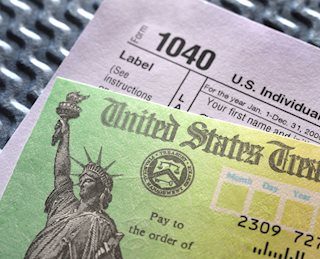 Cryptocurrency investors in the United States would be exposed to stricter rules as the Senate aims to collect more taxes. Digital asset businesses would be required to report crypto transactions of over $10,000.

SafeMoon price dropped roughly 20% between July 19 and July 20, slicing through the range low at $0.00000273. Despite the crash, the recent double bottom formation suggests an upswing is likely.

A mutual fund company has launched the first Bitcoin Strategy mutual fund. This move comes at a time when the US SEC has delayed multiple decisions on Bitcoin ETFs. ProFund aims to allow individual investors to gain ...