Litecoin has been trading downwards since its peak of $185 on January 10 but has established a robust support level at $122. The digital asset seems to be on the verge of a breakout as several metrics have turned positive for LTC.

Litecoin price could quickly jump towards $180 if this level cracks

On the 12-hour chart, Litecoin price has established a descending triangle pattern, which is on the verge of a breakout. If LTC can climb above $135, it will see a 35% jump towards $180 in the mid-term. 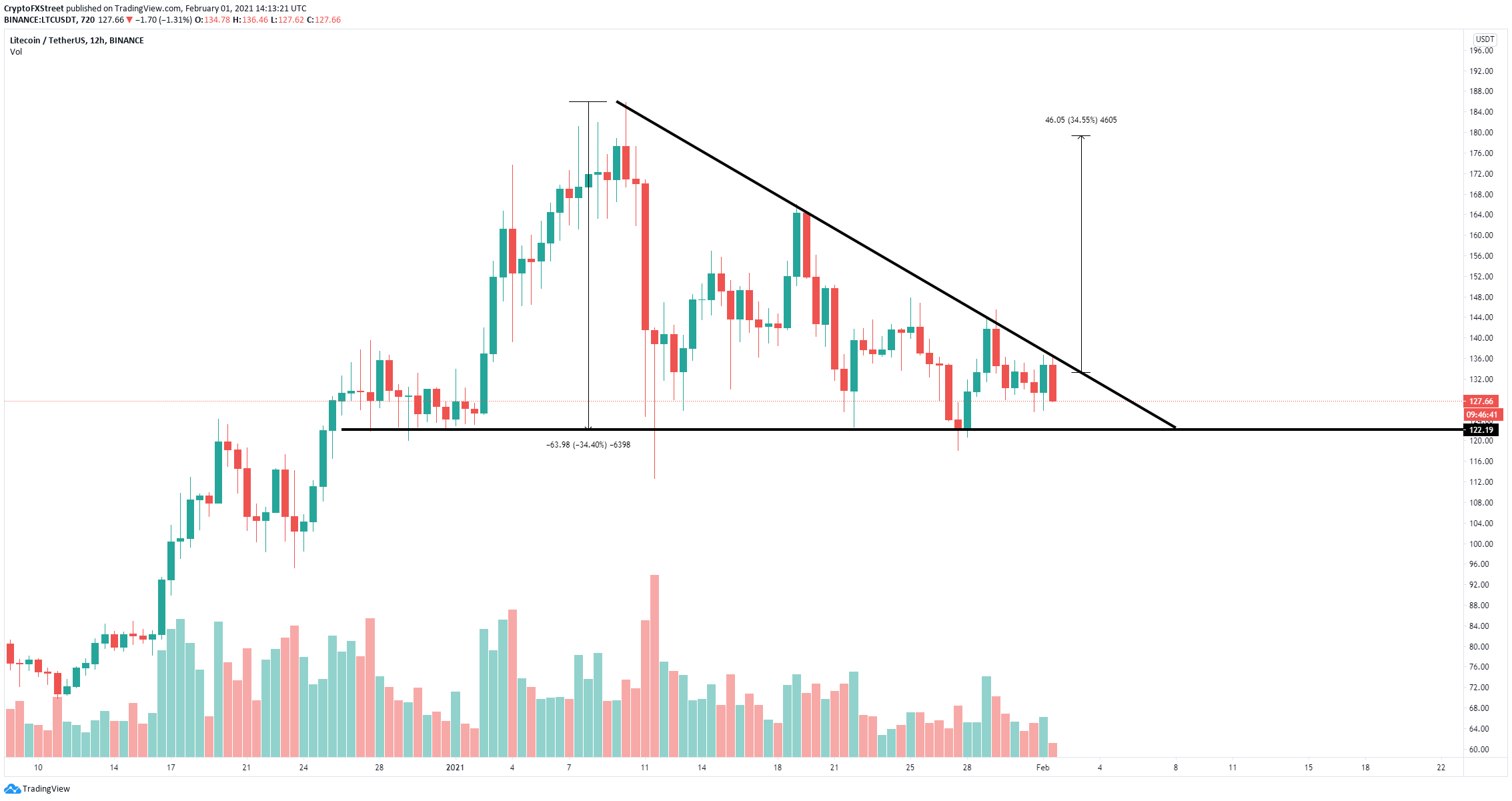 Additionally, the MVRV (30d) indicates that Litecoin is currently inside the dip-buying zone, which usually leads to a significant breakout and uptrend in the upcoming days.

Despite Litecoin price going down for the past several days, the number of daily active addresses has continued to rise. Similarly, its social volume also had significant spikes in the past week, adding more credence to the bullish outlook.

This support area between $112 and $116 coincides with the lower support trendline of the 12-hour chart descending triangle pattern. 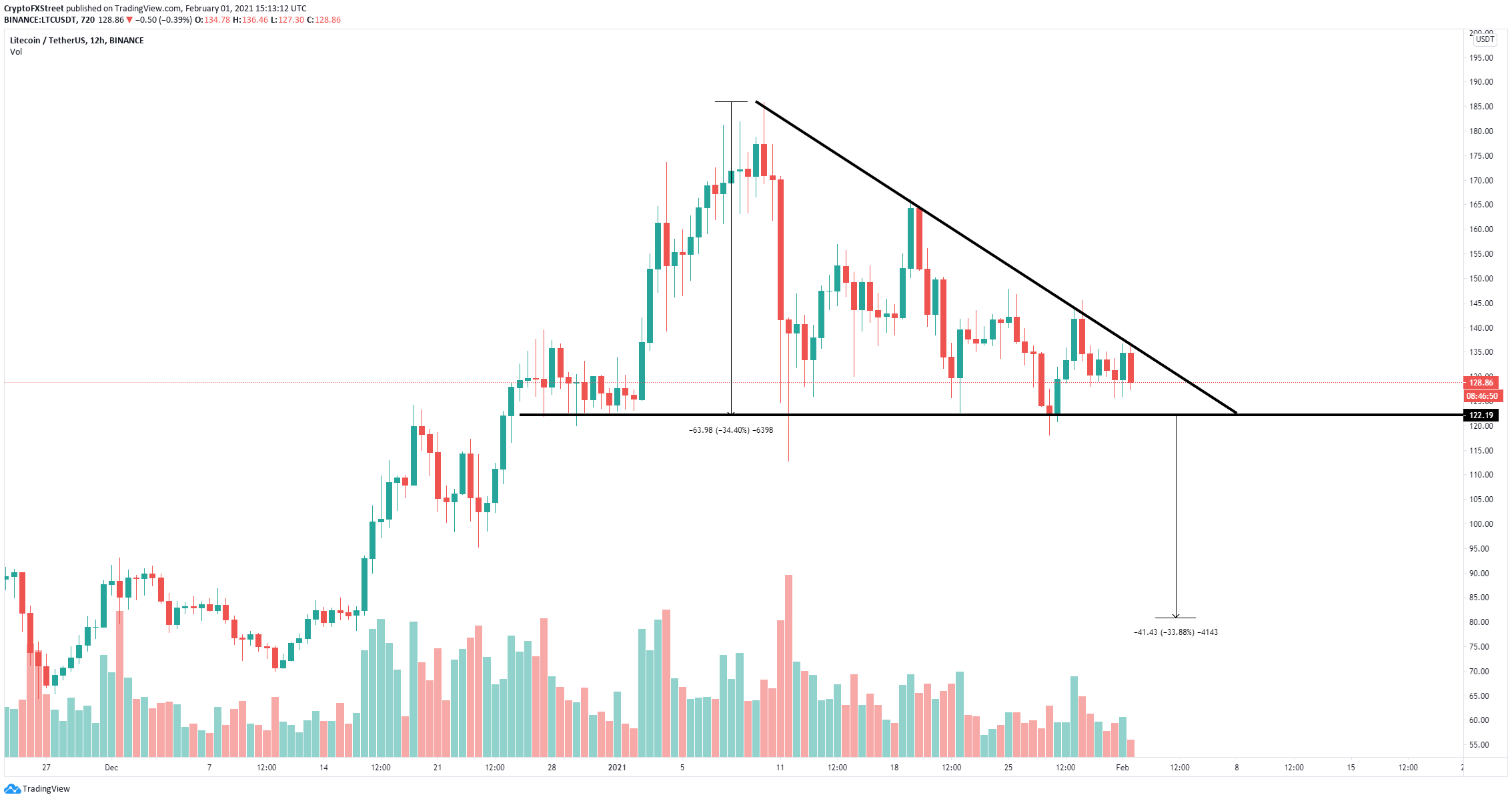 A breakdown below $112 would be a significant bearish indicator with a price target of $80, a 34% move calculated using the height of the pattern as a reference point.