Bitcoin (BTC) is keeping everyone guessing this week as another Monday starts below $50,000.

After rangebound movements over the weekend, bulls are still waiting for a decisive attack on the $50,000 mark — could it happen now?

Despite optimism from analysts, it seems that not even an “uber dovish” Federal Reserve has the fuel to push BTC/USD above crucial resistance.

Cointelegraph takes a look at five things which could still provide Bitcoin with new momentum.

Dollar comedown as stocks set for even higher highs

Such conditions tend to be favorable for Bitcoin, and a lack of headwinds coming from the macro-environment could yet give bulls a helping hand.

“There is little doubt Powell was dovish, relative to market pricing and positioning,” one analyst told Bloomberg, echoing the general feeling from Friday’s speech. 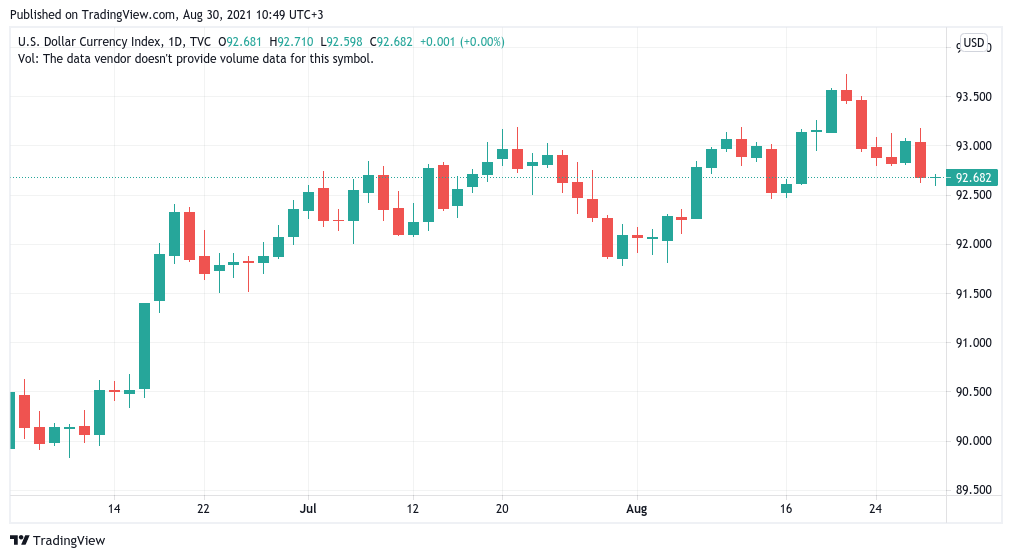 Saturday and Sunday weren’t exactly boring for Bitcoin traders — two run-ups above $49,000 gave them plenty of hope for the “big showdown” against the $50,000 barrier.

On Monday, the picture remains the same, with $47,000 now back on the table for support.

“Bullish on Bitcoin above $51K, until then just noise,” Cointelegraph Contributor Michaël van de Poppe summarized as the weekend ended.

In an uncertain environment, others are warning that buy-side strength may yet crumble in the short term to produce lower support retests.

“BTC is still trying to hold this red area as support, producing increasingly volatile downside wicks below it,” trader and analyst Rekt Capital commented on an updated daily chart.

“The downside has been bought up successfully thus far but this blue downtrending resistance continues to weigh down on price.”

A look at buy and sell levels on major exchange Binance Monday underscores the relative lack of support much above $40,000, while firm resistance is in place overhead. 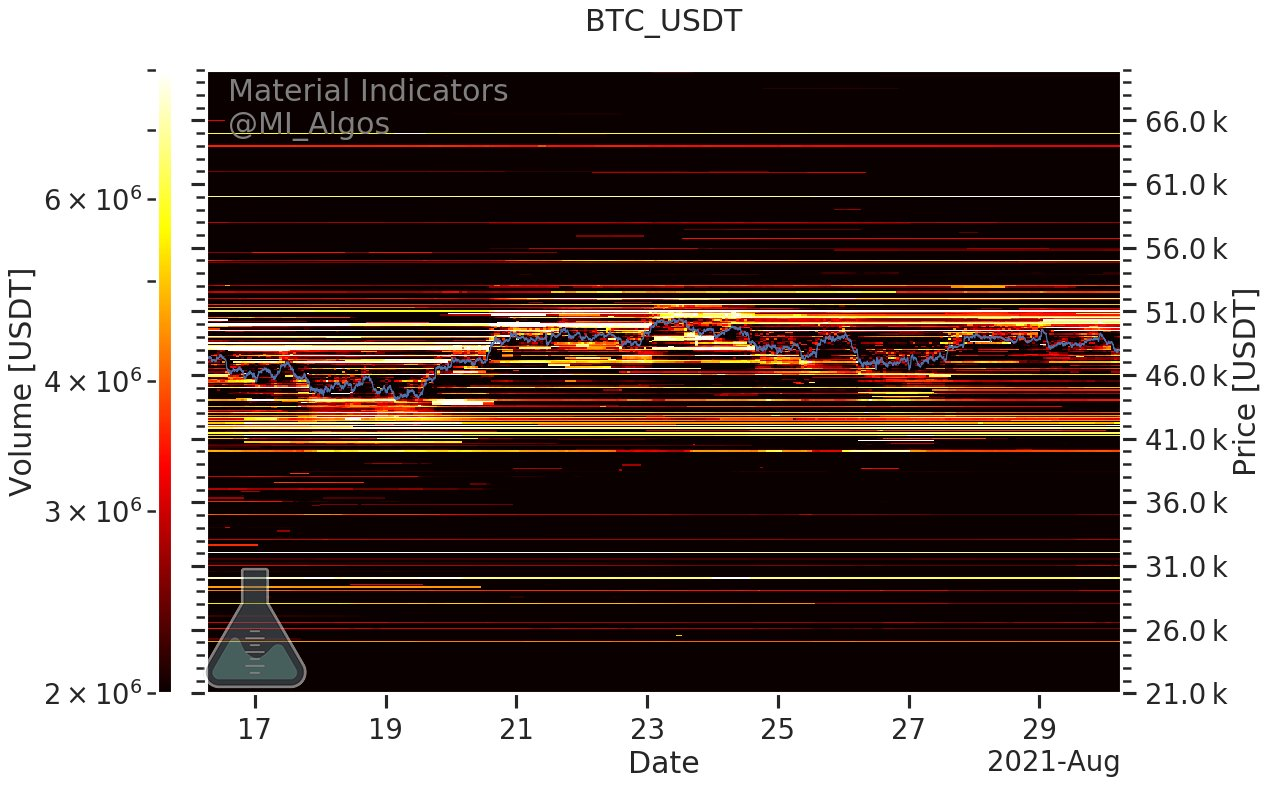 It’s a situation that could yet play out elsewhere in Bitcoin beyond spot price — fundamentals are also slowing their rapid growth.

After an impressive 13.2% upward difficulty adjustment a week ago, Bitcoin is now looking at the next being all but flat — less than 1% is currently estimated to be added.

This may yet turn negative, marking a pause for thought among miners after a mass return to the network over recent weeks.

Should difficulty nonetheless increase, however, it would seal the second run of four upward difficulty adjustments in a row for 2021.

Hash rate has recovered extremely well since July, and is now just 40 EH/s away from all-time highs, having added 4 EH/s since last Monday.

Investor and analyst Vince Prince further noted that current levels echo the brief lows seen after April’s all-time highs for BTC/USD. Hash rate then bounced to hit all-time highs of its own before the China rout took hold.

“Bitcoin's hash rate is already back to the levels seen in November 2020,” an even more optimistic Anthony Pompliano added last week.

“It wouldn't surprise me to see a new hash rate all-time high by end of year.” 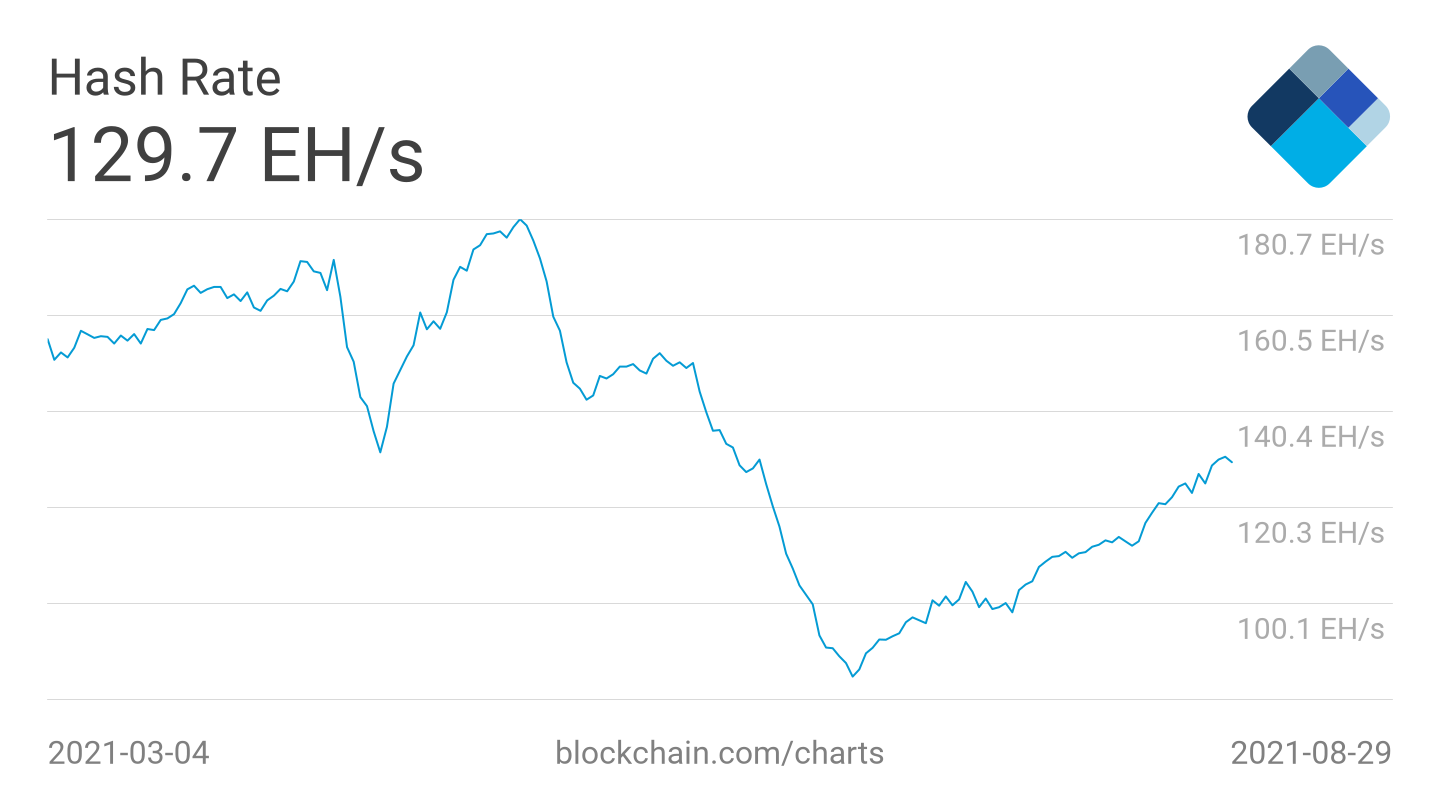 What are the odds that a $50,000 onslaught by bulls becomes the defining market feature this week?

As Cointelegraph reported, the upcoming U.S. jobs data release on Friday may already seal the deadline for a BTC comeback.

The ingredients to make it happen are already broadly in place — neutral funding rates across trading platforms and an increasing supply of stablecoins, this topping $19 billion.

“Since the surge of US$1.8 billion in a single day on August 24, the accumulated stablecoins on centralized exchanges have exceeded 19 billion for a week,” on-chain analytics firm CryptoQuant noted Monday citing data from CoinGecko.

It added that trading volumes for major stablecoins have also increased, in the case of market leader Tether (USDT) by 28% in the past five days.

Charles Edwards, founder at Capriole Investments, meanwhile noted that Bitcoin’s decreasing dominance, now at 44%, is in itself a bull trigger-in-waiting.

“This sidelined capital is like rocket fuel for when we start getting daily closes above $50K,” he argued.

What could be the sticking point? For analyst William Clemente, low volumes remain an issue in the short term.

“If anything has me concerned it's this,” he summarized alongside a comparative chart of volume throughout the 2020-21 bull run.

“Where is the demand?” 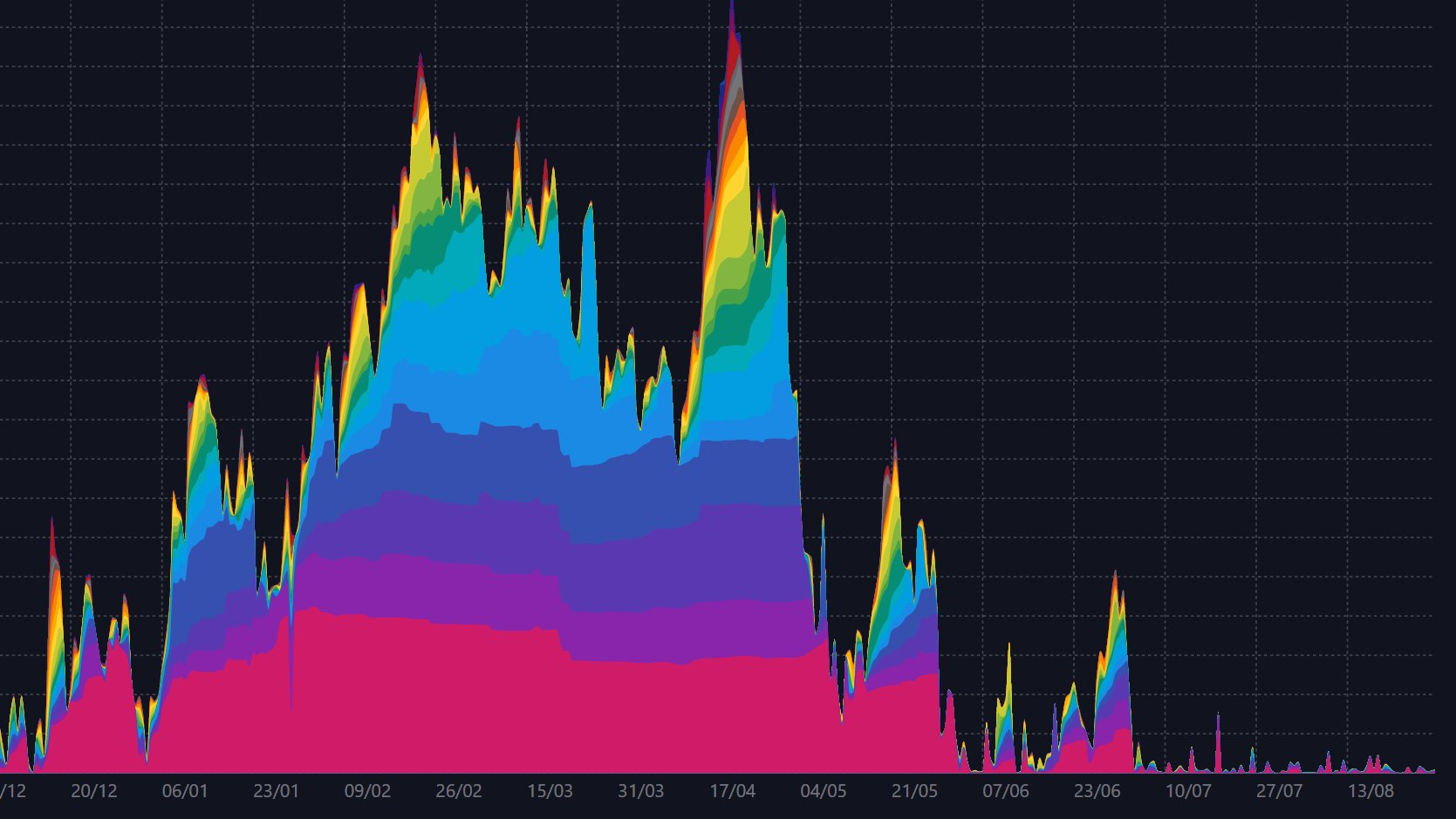 The idea that Bitcoin is facing its “final hurdle” before challenging all-time highs is arguably already visible in trader sentiment.

After BTC/USD added 60% in weeks, sentiment likewise went from “extreme fear” to “extreme greed” — as per the Crypto Fear & Greed Index.

Now, as the pace of gains has slowed due to $50,000 resistance, so too has “extreme” feeling given way to a more moderate “greed” rating on the Index.

August has in fact been mostly stable for sentiment, which the Index has measured at between 70 and 80 for the past three weeks.

The ideal bull run combines solid price appreciation with steady sentiment increases — as history has shown, hitting the standard top zone of 95/100 on Fear & Greed too quickly coincides with a BTC price sell-off.