Ethereum price rally is in the spotlight as controversial Bitcoin price prediction models compete for validity. Some analysts have a bearish outlook on BTC, the crypto may need to break serious levels to reverse the price trend.

The successful London hard fork triggered an Ethereum price rally, and the altcoin is now in the spotlight. The second-largest cryptocurrency by market capitalization is on a bullish streak: ETH price is up 18% in the past week and 5.1% in the last 24 hours, based on CoinGecko data. 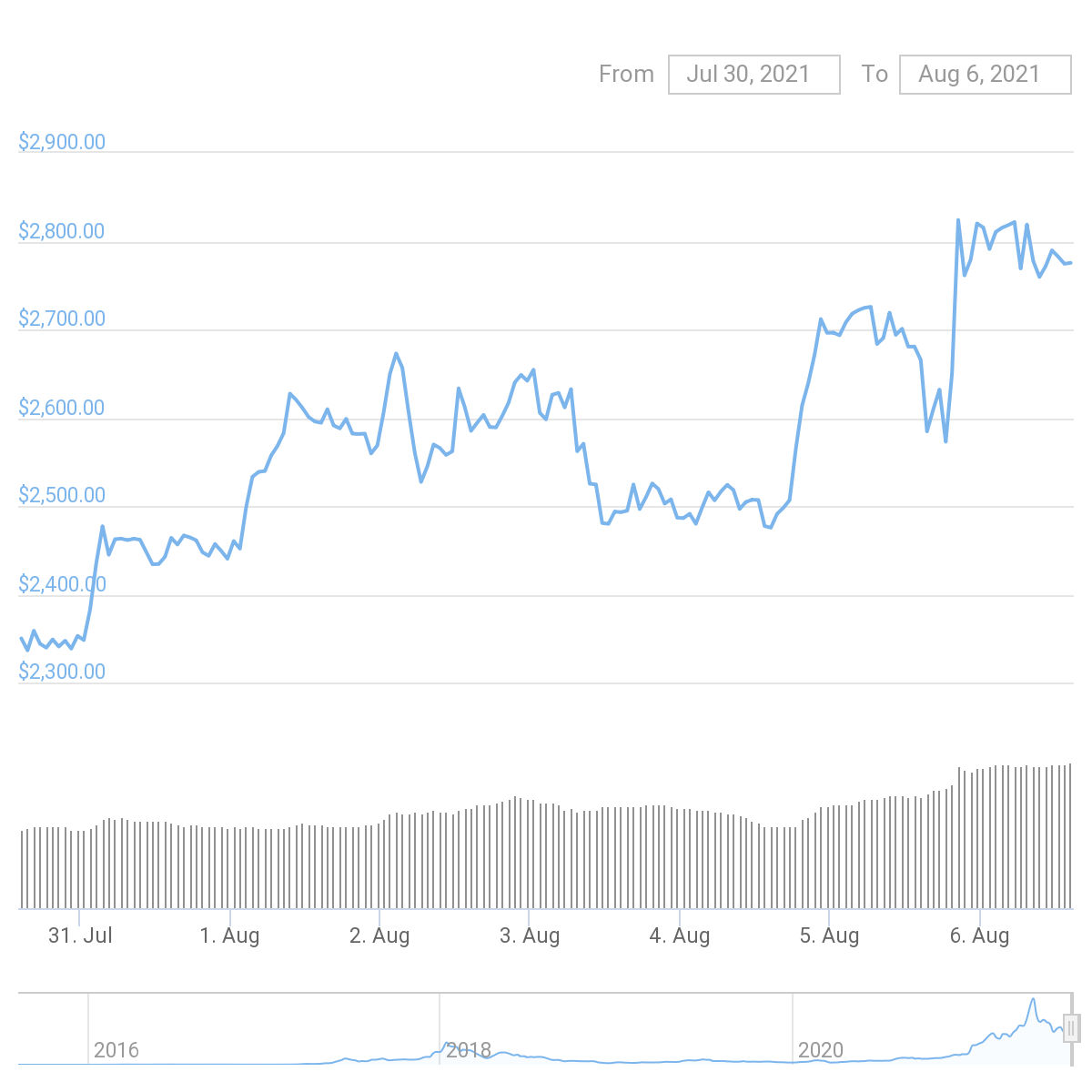 Ethereum has dominated conversations on social media, while Bitcoin's price prediction models struggle to remain relevant, raising questions on a potential flippening. Flippening is a term that was colloquially coined in 2017, and it refers to the possibility of ETH replacing BTC as the number one cryptocurrency based on market capitalization.

it's too risky to recommend to any friends or family, especially with such limited upside

The narrative of the Bitcoin death spiral comes after Plan B, an independent Bitcoin analyst, price prediction mode Stock to flow (S2F) is nearly invalidated. The S2F model has emerged as one of the most widely used charts for predicting future gains in BTC, and the price has diverged from the prediction.

Plan B, the model's creator, expressed his concerns over the divergence, not much has changed, and Bitcoin price has failed to inch closer to the prediction. BTC price is currently 59.1% away from the S2F model's projection. Dave The Wave, a technical analyst, addressed the uncertainty around the model's validity in a recent episode of Brave New Coin's podcast "Crypto Conversation."

Dave admitted that he agrees with Plan B that if Bitcoin price fails to break $100,000 by December 2021, the S2F model will be invalidated. Dave has put forward an alternate thesis for BTC price prediction, the Logarithmic Growth Curve.

The model suggests that Bitcoin would have exponential gains at the beginning but that might slowly taper off towards a plateau in the long term. The Logarithmic Growth Curve states that BTC will hit between $500,000 to $1 million in ten years. Based on Dave's thesis, BTC is currently in the process of capitalization, and there will be periods of volatility in both directions as adoption rises.

I think the S2F model is flawed in terms of the demand side. This model is based on scarcity, and scarcity is about the supply side. That's why the current BTC price deviates greatly from the price predicted by the S2F model. If PlanB adds some variables to see demand-side factors, the model can be more accurate, I think.

Overall, many analysts share a bearish outlook on Bitcoin based on the current price action, as analyst Michaël van de Poppe tweeted:

For me, #Bitcoin still has to break some serious levels above us to be bullish for now.

It's still acting inside resistance.