Bitcoin (BTC) sellers returned during Asia hours given strong resistance near the $40,000 level. The cryptocurrency was trading around $38,000 at press time and is down 5% over the past week. Initial support is seen around $34,000 and $36,000, which could stabilize the pullback. 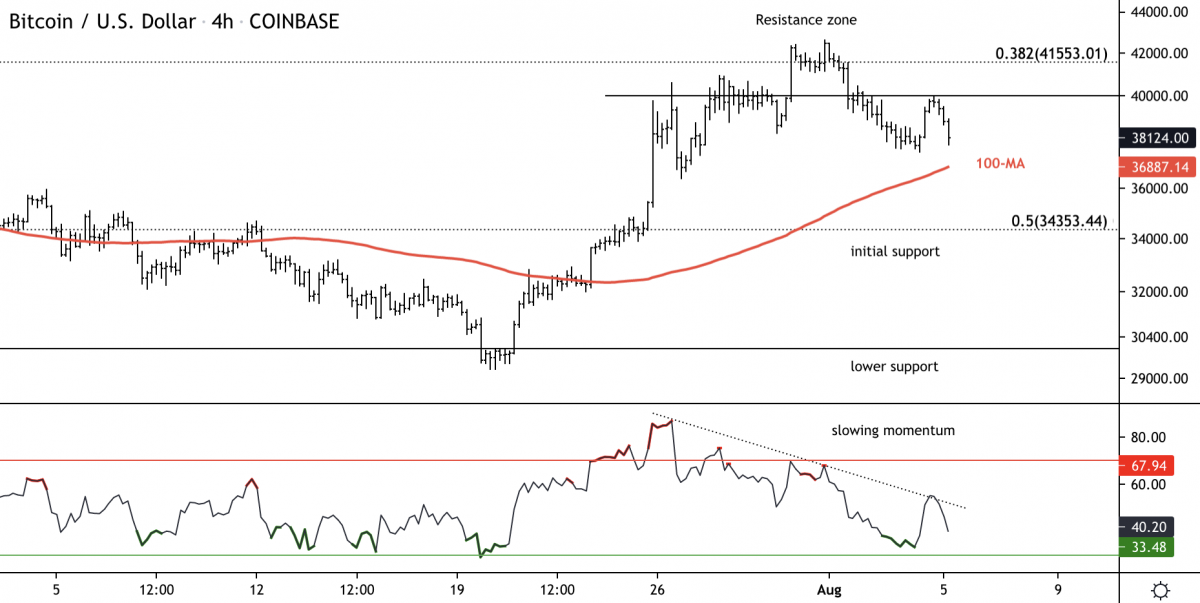