Ethereum price is primed for a violent and swift mean reversion trade. This is due to a critical time cycle in Gann analysis known as the ‘Death Cycle.’ Gann warned that any instrument trending at a steep angle for seven weeks (forty-nine to fifty-two days) is at risk of a near-immediate corrective move or trend change.
Complimenting Gann’s time cycle analysis is the Ichimoku Kinko Hyo system’s confirmatory price behavior. Ethereum price has extensive gaps between the bodies of the weekly candlesticks and the Tenkan-Sen. Gaps between candlestick bodies and the Tenkan-Sen do not last long and often resolve in roughly four to six periods.
The projected retracement is the $4,000 value area near the weekly Tenkan-Sen, but Ethereum price could travel lower to the Kijun-Sen at $3,300. While doubtful to occur, if Ethereum faces a capitulation move south, its final support on the weekly chart is at $2,300, where Senkou Span B and the 38.2% Fibonacci retracement reside. 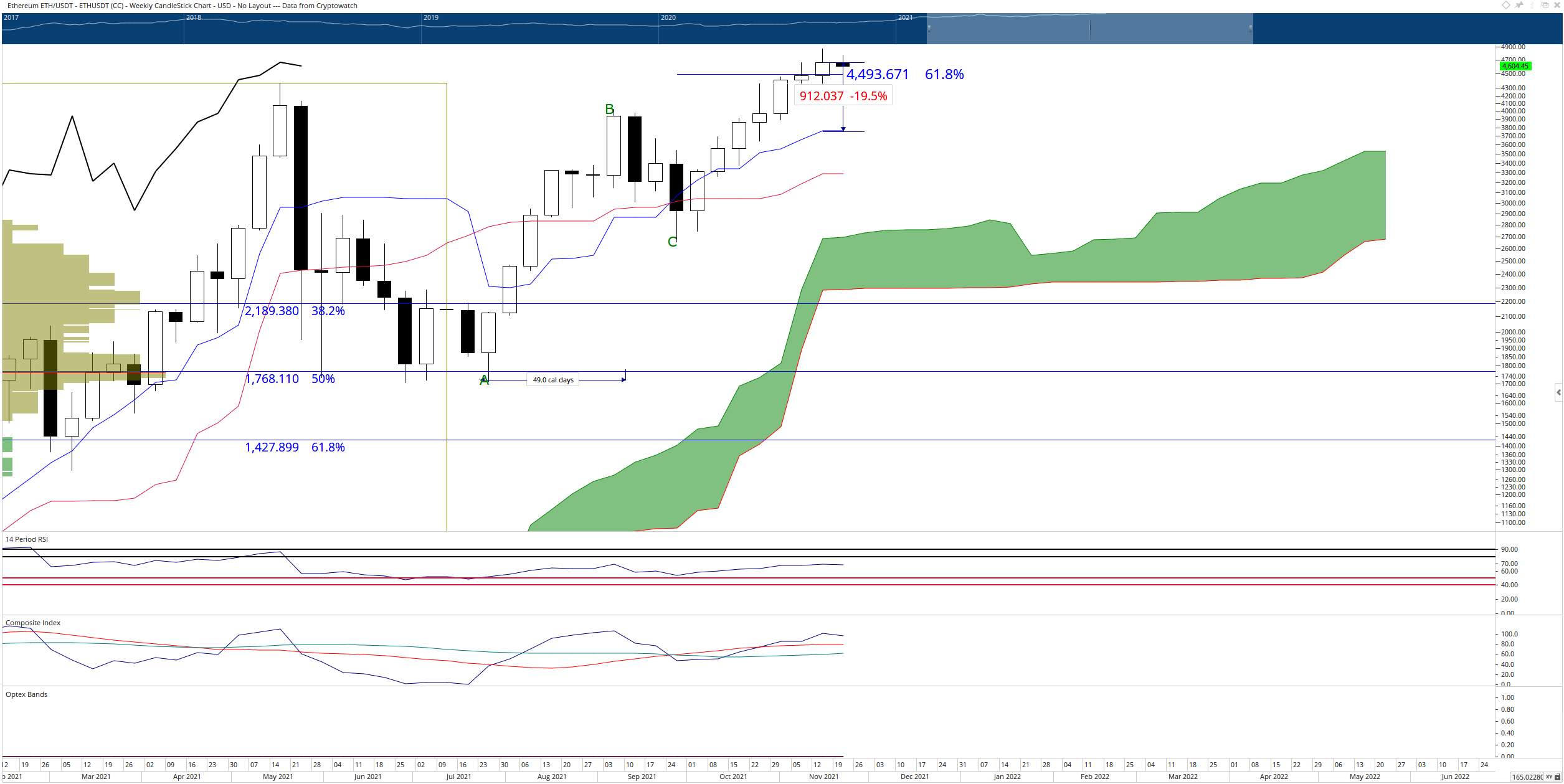 ETH/USD Weekly Ichimoku Chart
An invalidation of the projected retracement south would occur if Ethereum were to close at a new all-time high.

Dogecoin price prediction shows reasons to be concerned. Analysts have been eyeing the notorious dog coin throughout the summer as the DOGE price fell into considerably discounted price territory at $0.050. Invalidation of the downtrend will result from a breach above $0.112.

Shiba Inu, the second-largest meme coin, is closer to its breakout according to analysts. While declining trade volume and inflows to SHIB are typical of a bearish trend reversal, analysts remain bullish on SHIB. Analysts have predicted a recovery in Shiba Inu.

Avalanche price grinds to a halt, breaking a two-month trend within an ascending parallel channel. Despite breaking above $30.00, AVAX failed to close the gap to $40.00. Initially, higher support at $28.00 mitigated the bears’ influence on the price.