Ethereum (ETH) price delivered a distress signal to markets after bulls were unable to defend a key ascending trend line – coloured green on the chart below. Instead, bulls caved under the bearish pressure, with markets on the back foot for the second day in a row as investors saw no signs of relief from Ukraine, and more tail risks probably set to materialise in the coming weeks. With those tail risks hanging over investors, a quick wave of profit-taking got underway, drying up the demand side, and bulls swinging to the sell-side to cash in for the time being.

Ethereum price sees bulls dropping positions with $3,100 at risk to the downside

Ethereum price hit a curb this week after running into the 200-day Simple Moving Average (SMA) at $3,500. With that rejection, bears seized the opportunity to get in short again as a relief rally proved to be unsupported by facts and poured cold water on the party. With that break of moral ETH price broke below the green ascending trend line that has been a vital support for the uptrend since the beginning of March.

ETH price is already too far out to still retrace and pop back above $3,391.25 That would mean at least a 5% rally, and with traders sitting on their hands until the Nonfarm Payrolls comes out of the US, there is only a tiny window of opportunity. Add to that the fact that the Relative Strength Index (RSI) is only now back below the ‘overbought’ area, and it seems highly unlikely bulls will be stepping in in size now, but rather instead may wait for $3,100, with the monthly pivot or $3,018.55 which holds historical importance, before seeing bulls buying the dip. 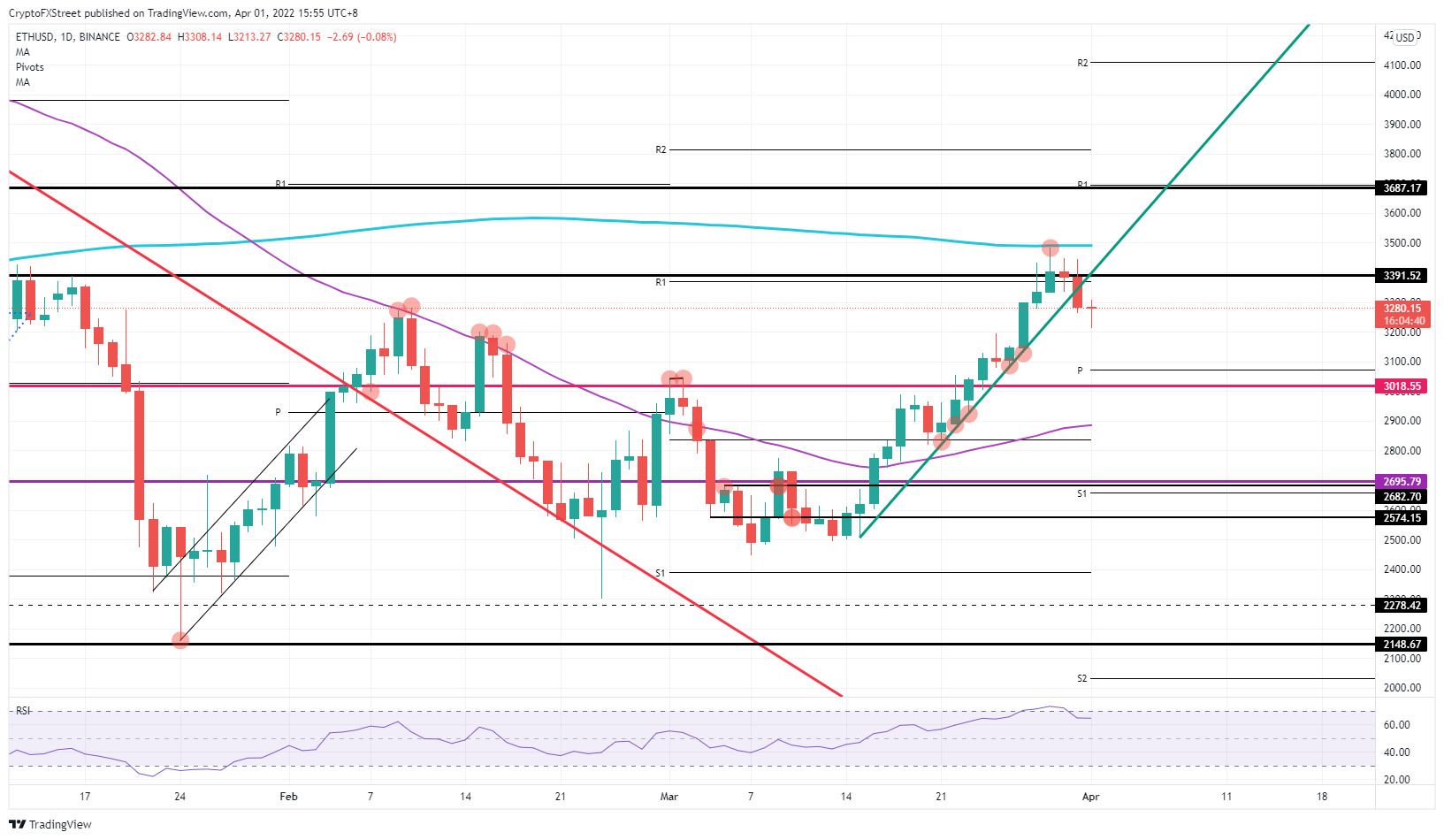 With talks still ongoing, a possible further guarantee or breakthrough with a cease-fire that is upheld by Russia during the weekend, for example, could trigger a bullish relief rally and see price action pumped up again towards $3,391.52 That would be the perfect position to go into the weekend and set the scene for a test and break above the 200-day SMA and target $3,687.17next week. That would mean that around 13% of profits are on the table in the coming week.