With the decentralized finance ecosystem gaining over $43 billion in total value locked, there is growing adoption of a new loophole in the Ethereum code to exploit unwary users.

The science behind Miner Extracted Value or “MEV”

Miner Extracted Value (MEV) originated from how the Ethereum network is structured as it gives miners the right to validate transactions as they wish. Such power gives them the ability to execute arbitrage, get access to token offerings, and perform liquidations – all without spending a dime.

Indeed, Ethereum miners can extract a significant amount of profits by identifying trades on decentralized exchanges (DEX) and reorder them arbitrarily. They can even censor transactions on the blockchain at the expense of users.

By default, miners can choose to rearrange the transactions that are processed on the blockchain and decide whether to include or exclude them within a block. This is an existing dynamic that could have a major impact on the user experience of DEXs.

While Ethereum is still running on a proof-of-work consensus algorithm, there is no guarantee that transactions will be ordered in the same sequence as they were submitted to the network. Miners can take advantage of this feature and look at the unconfirmed transaction on the mempool to select which transactions are validated.

For this reason, the transactions with the highest transaction fees usually are confirmed first as it guarantees miners higher returns.

As explained by research analyst Igor Igamberdiev, miners that are extracting MEV could make markets more efficient for end-users. But when competition for higher returns turns fierce, they can significantly impact the network’s security.

More than $330 million has been extracted by MEVs since January 1, 2020, and roughly $6.2 million were produced in wasted fees by failed MEV transactions, according to research group Flashbots. 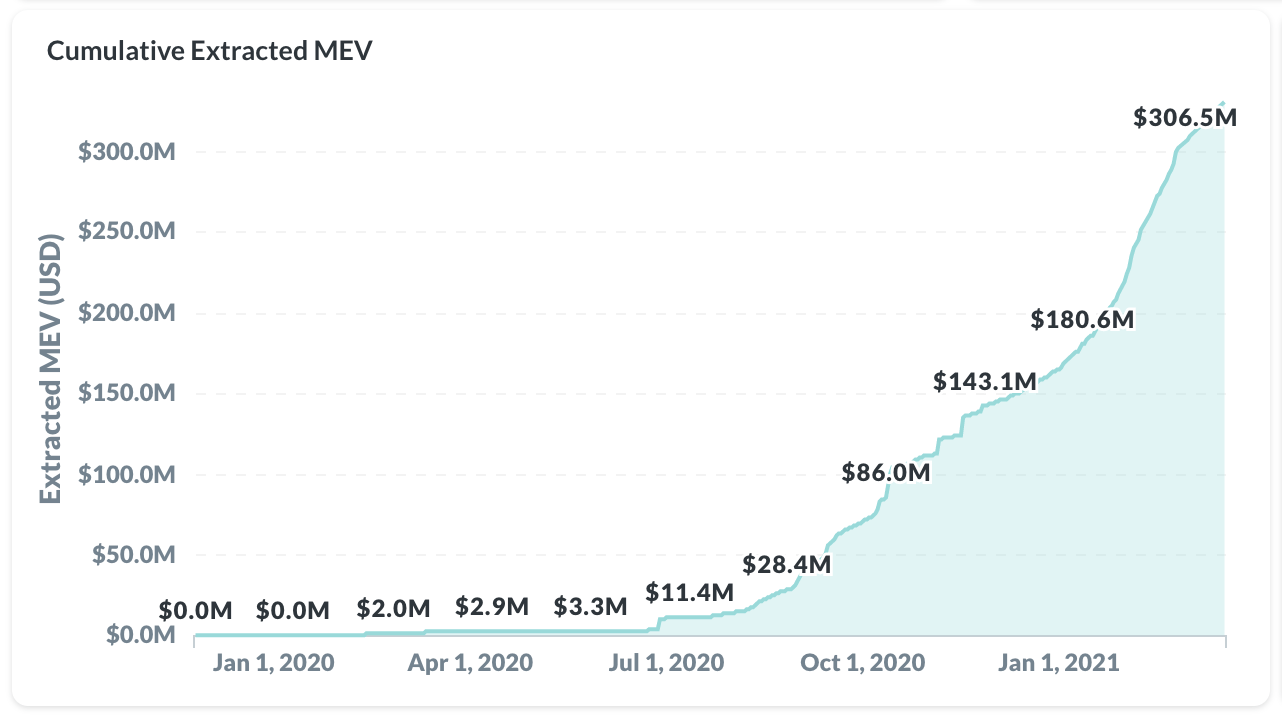 Even though the upcoming EIP-1559 upgrade and Ethereum’s transition into proof-of-stake does not necessarily fix this issue, some cryptocurrency enthusiasts have proposed other ways to tackle it. MEV Auction (MEVA) was introduced to auction off the right to reorder transactions on the ETH network.

The proposal has faced backlash as it does not help reduce decentralization.

Ed Felten, the co-founder at Off-chain Labs, said that while MEVA tries to separate transaction ordering from transaction censorship, it ends up being controlled by the same party. Thus, Fekten believes that “the community’s energy is better spent on reducing front-running.”