Recent occurrences seem to be making a solid argument for a bullish Ethereum price as two fundamentals suggest it could be heading to $800. Technical indicators reaffirm this narrative as they show that the market is yet to react to the news.

According to digital asset research and analytics firm, Bloqport, over 131,254 ETH has been added to the funds under management (AUM) of Ethereum, held by Grayscale, bringing it to a total of $1.66 billion. The company is now the world's biggest crypto hedge fund manager and is one among many institutions that have been making significant efforts to increase their stash lately.

Before the recent addition, Grayscale revealed that the total asset under management of Ethereum (AUM) stood at $1.64 billion.

12/09/20 UPDATE: Net Assets Under Management, Holdings per Share, and Market Price per Share for our Investment Products.

The increased holding of Ethereum by institutions such as Grayscale builds a bullish case for its price. Not only does it serve the purpose of increasing supply shock, it may also increase the positive sentiment of investors of the smart contract token.

Another fundamental factor strengthening the bullish scenario for Ethereum price is that over 100,000 ETH has been locked away in the ETH 2.0 staking through Kraken. Other prominent cryptocurrency trading outfits that have announced their willingness to support these services include Binance and Houbi. Coinbase and OKEx also announced that they would join the list in the coming months.

Volatility is about to strike back

The low trading volume points to the possibility that the market is yet to react to the building fundamentals over the past few days, but investors' sentiments could shift quickly. 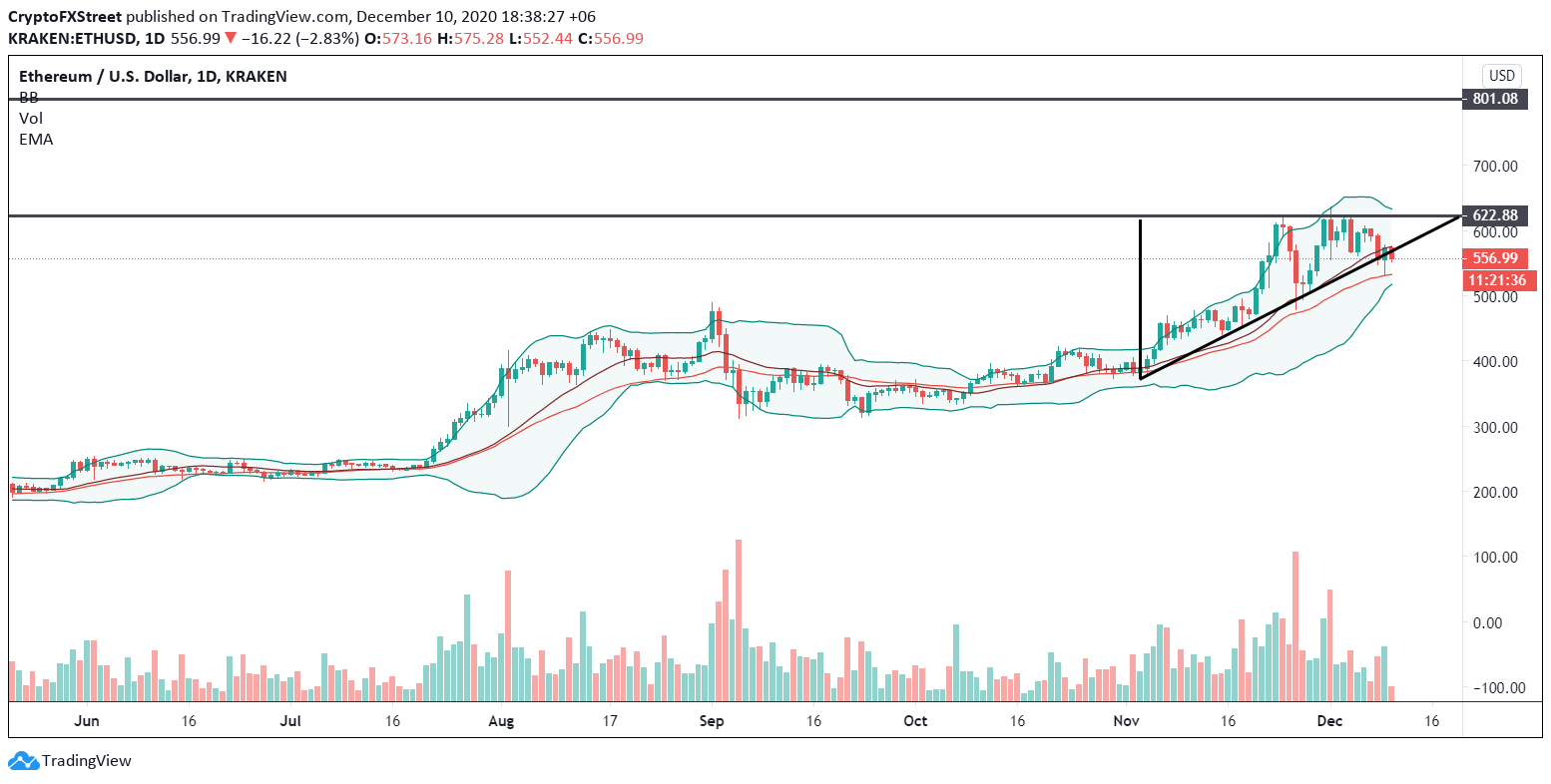 Ethereum daily chart shows the formation of an ascending triangle. With the pullback and support test of the 34-day exponential moving average, it could be surmised that a potential breakout to the upside may be in view if it stays above the EMA line. The price region to be on the lookout for remains $800.

On the flip side, the stronger volume on the sell-off in comparison with the bounce, points to the bearish perspective, if all bullish indicators are invalidated, making $450 the next level to watch out for.