Paul Tudor Jones is an American billionaire hedge fund manager who believes Bitcoin is still in its infancy and people do not know how to value it. Tudor states that around 20 years from now, our kids will be using some type of digital currencies.

Paul Tudor also believes that in the future the crypto space will be divided into precious currencies like Bitcoin, transactional cryptocurrencies along with sovereigns and, lastly, industrial digital assets, which could be Ethereum.

Ethereum price is bounded inside an ascending triangle pattern

At the time of writing, Ethereum bulls have created an ascending triangle on the 4-hour chart and managed to defend the lower trendline again on December 4. The upper boundary is set at $619, which is the most critical resistance level. 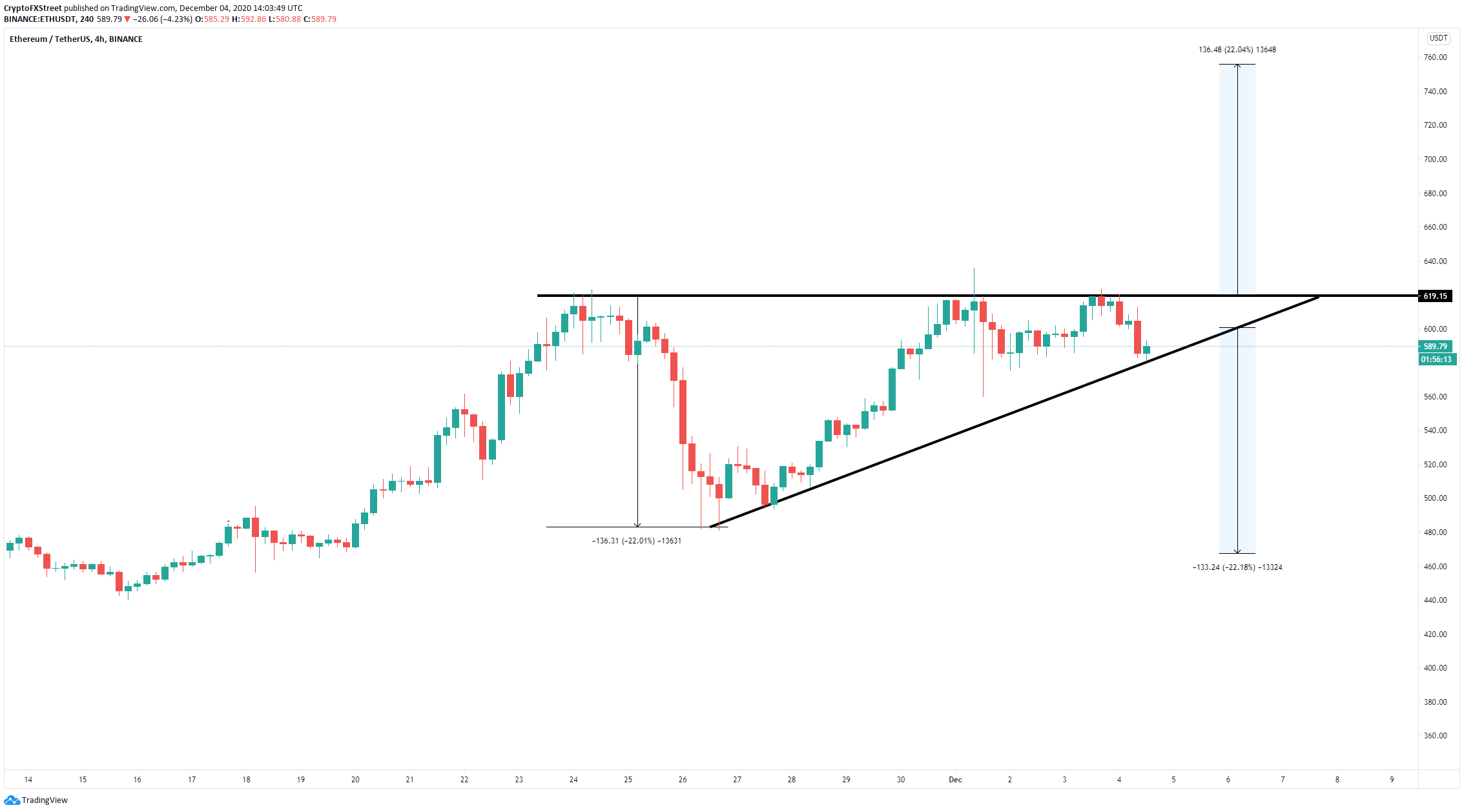 A clear breakout above $619 can quickly push Ethereum price towards $755. The In/Out of the Money Around Price (IOMAP) chart reveals almost no resistance to the upside besides the range between $592 and $609.

It seems that a breakout above $609 would easily drive Ethereum price towards the upper boundary of the pattern at $619 and above it as the IOMAP shows no opposition until $680. On the other hand, there is a robust support area between $555 and $573.

A breakdown below the lower trendline of the triangle at $580 would push Ethereum price down to $555. Failure to hold this level can potentially drive ETH towards a lower price target at $468.