Over the previous year, Ether (ETH) has increased in value to the point that it significantly outperformed Bitcoin (BTC) in terms of returns. The rise of Ethereum has made mining on its network more lucrative over time. This appears to have resulted in additional miners, resulting in an expansion of the network's hash rate.

The hash rate for Ethereum has hit a new high, approaching record levels of 1.11 PH/s according to data from Glassnodes on Jan. 27. The previous ATH was reached previously on Jan. 13, when the ETH price fell from $4,460 to $3,160. 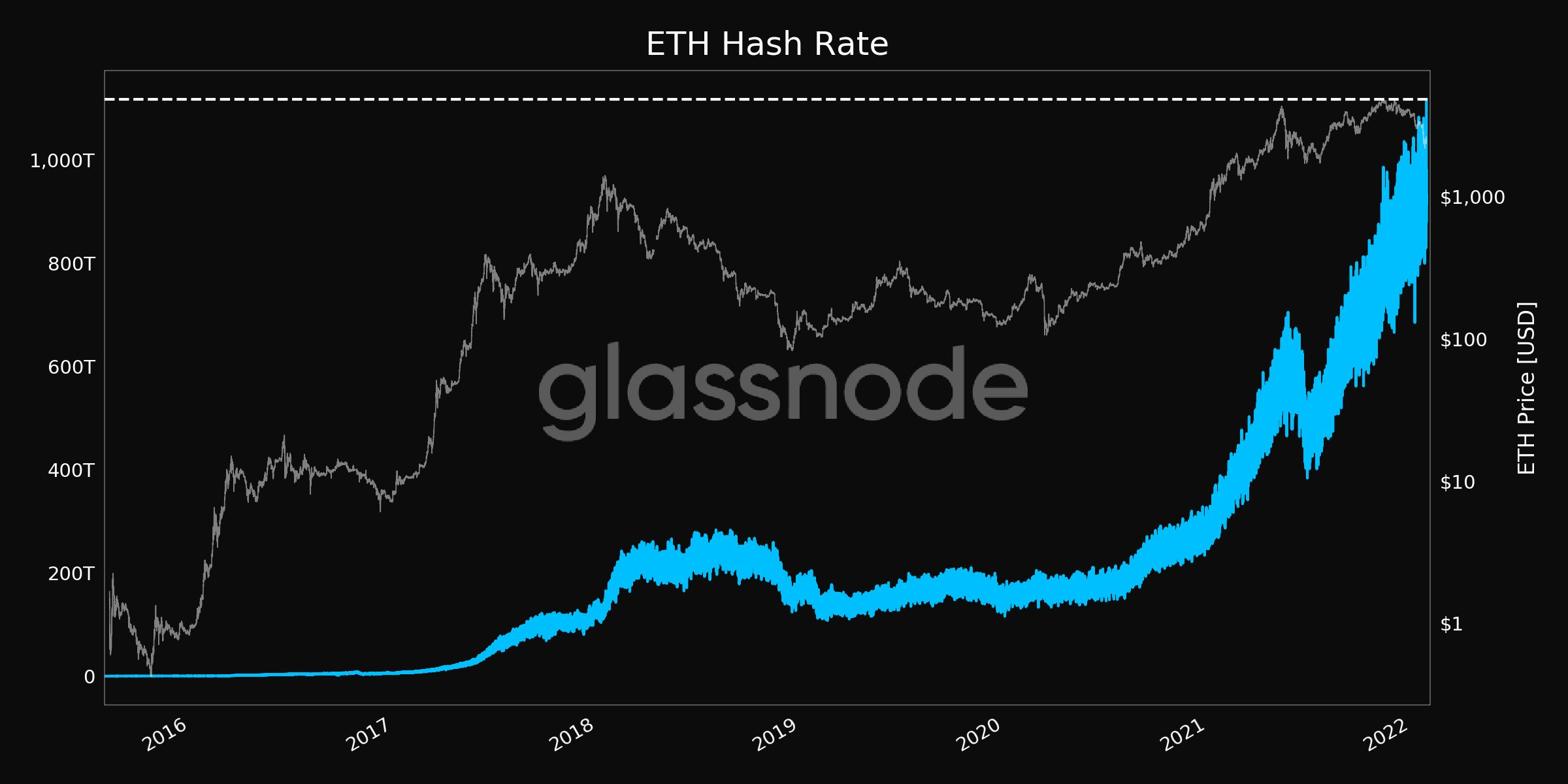 When the hash rate rises, it indicates that more nodes are joining the network, and the network is becoming more decentralized. As a result, such an increase helps to cement blockchain security. However, if the hash rate is too low, it may be detrimental to the network since there would be fewer nodes, resulting in slow transactions and less security.

In December 2021, Ethereum network participants implemented the Arrow Glacier upgrade, which pushed back the switch to proof of stake consensus. It also means that Ethereum mining has a long way to go before it comes to an end. A transition from the proof of work (PoW) algorithm to the Proof of Stake (PoS) algorithm is required before reaching ETH2, which is referred to as The Merge. At that moment, the difficulty bomb will go off, essentially shutting down ETH mining and putting the network into an "ice age" that lasts until the switch is completed.

After the switch to proof-of-stake, however, ETH will no longer be mined; instead, transactions will be validated by staking on special nodes.

As reported by Cointelegraph, the Ethereum Foundation criticized the branding of Eth2, saying it did not adequately reflect what was going on with the network during its round of upgrades. "ETH2" and the terminology used to distinguish a proof-of-stake chain from a proof-of-work chain may be phased out in the near future, according to the post.

Among the reasons for the shift are a bad mental model for first-time users, scam prevention, inclusion, and stake clarity. The switch from a PoW to a PoS consensus mechanism is scheduled to occur in the second or third quarter of this year.