Ethereum Classic price undid its gains between May 2 and May 6 as it crashed during Wednesday’s trading session. Now ETC is finding its foothold as it trades above a critical demand barrier.

Ethereum Classic prepares for a u-turn

Ethereum Classic price nosedived approximately 55% during Wednesday’s trading session. Currently, ETC is signifying bullishness, primarily due to the Momentum Reversal Indicator’s (MRI) buy signal flashed in the form of a green ‘one’ candlestick on the 12-hour chart.

Beyond this, Ethereum Classic price could rally another 11% to test the subsequent resistance line at $87.89.

A reversal from this area of support is also likely. In such a case, investors could expect Ethereum Classic price to rise 65% to tag the 50 twelve-hour SMA at $77.69. 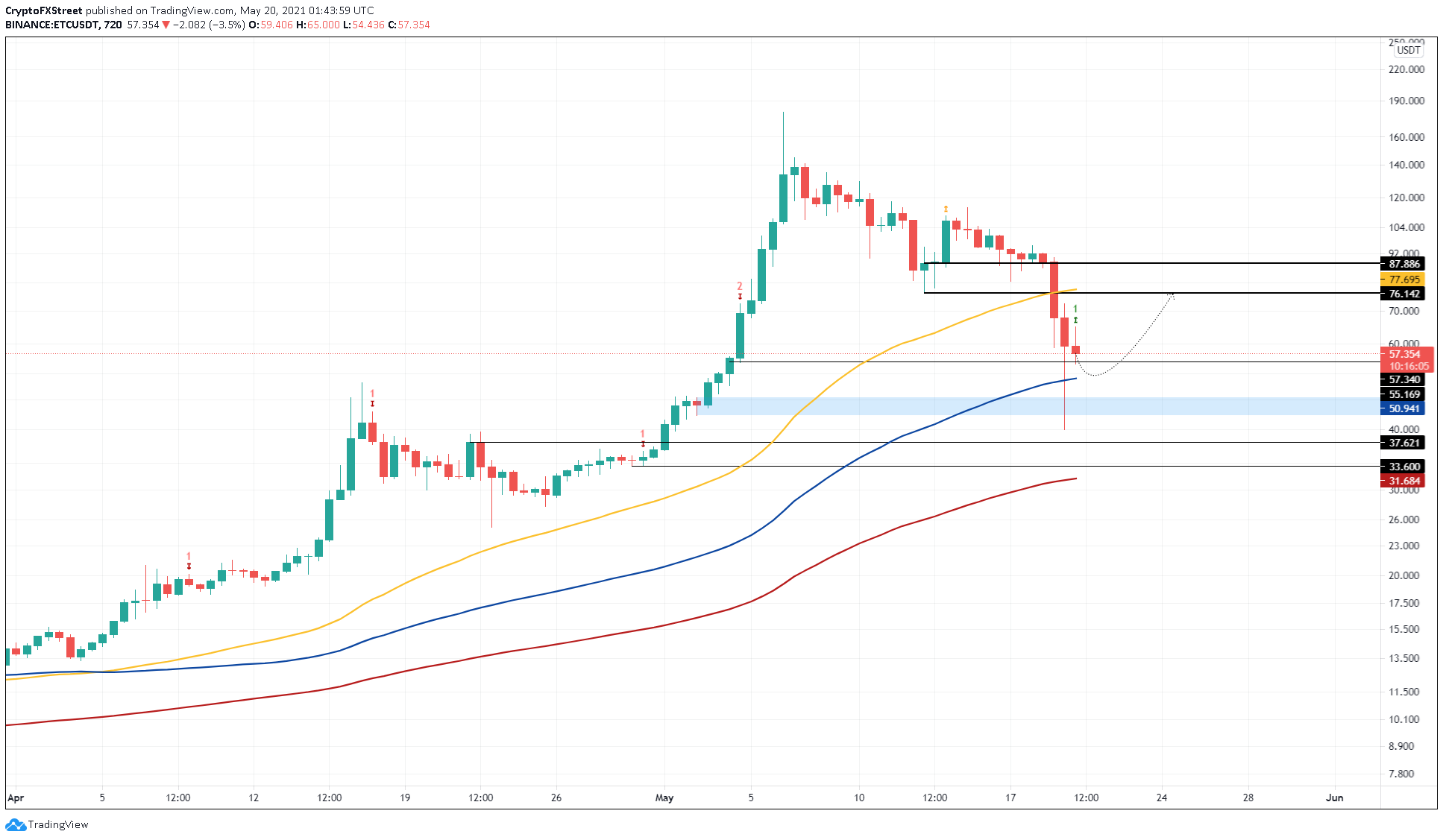 On the off chance the buyers are overwhelmed at either of the two critical levels mentioned above, investors should expect the Ethereum Classic price to slide 12% to tag the $37.62 support floor.

However, a decisive close below $33.60 will invalidate the bullish thesis detailed above. In that case, ETC will retest the 200 twelve-hour SMA at $31.68.