Dogecoin price could be primed for a 19% collapse after a bearish chart pattern emerged, along with a top signal by a technical indicator. DOGE is also met with stiff resistance, not allowing higher targets to be approached.

Dogecoin price has printed a rising wedge pattern on the daily chart, suggesting a bearish forecast for DOGE.

Although the canine-themed token has gained nearly 80% since its swing low on July 20, hinting that Dogecoin price may be awaiting a trend reversal.

The governing technical pattern indicates that Dogecoin price would drop by 19%, reaching a downside target at $0.221, corresponding with the 50-day Simple Moving Average (SMA). 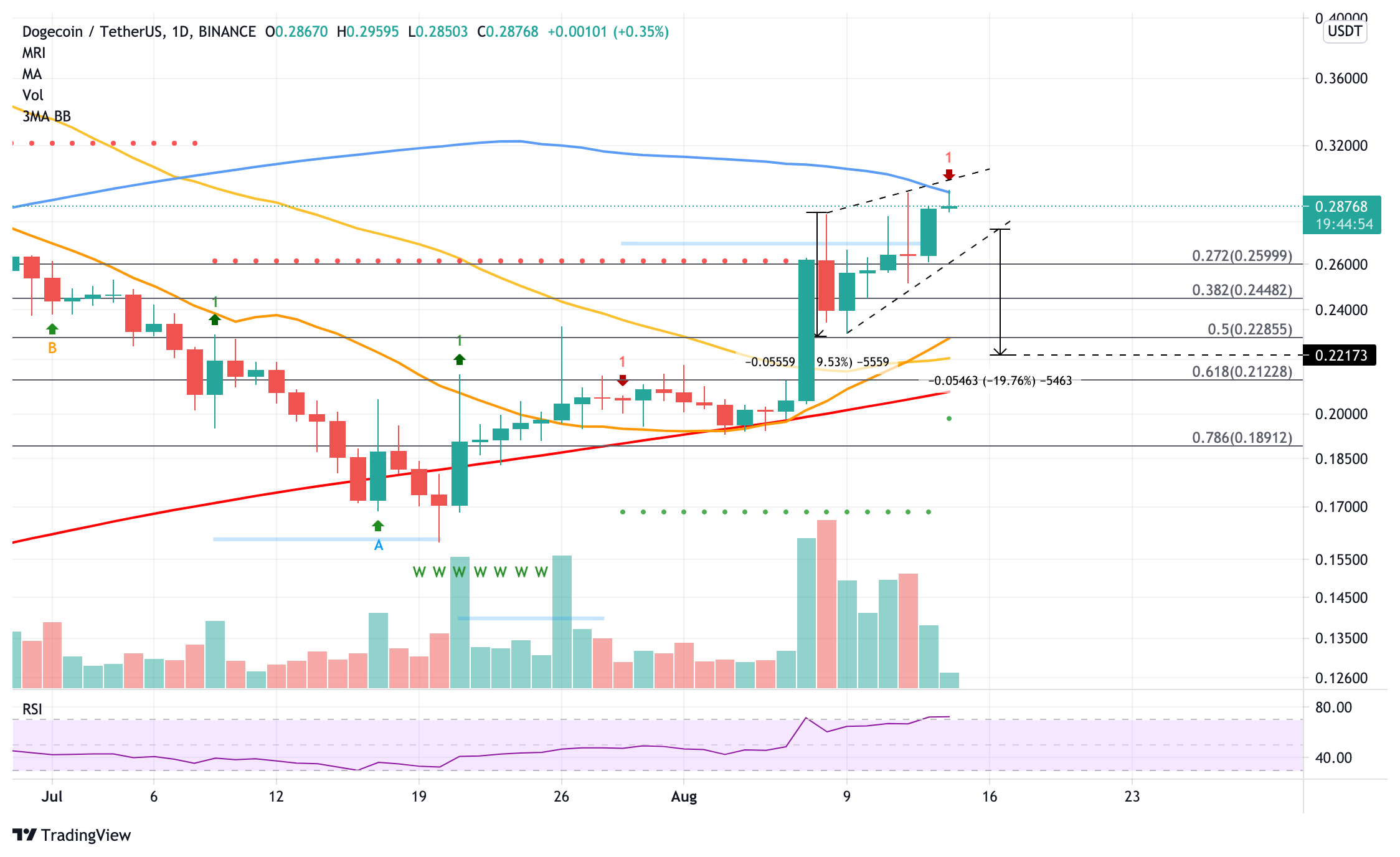 However, DOGE may see ample support before the bearish aim materializes. The first line of defense for Dogecoin price is at the lower boundary of the rising wedge, coinciding with the 27.2% Fibonacci retracement level at $0.259.

Should Dogecoin price continues to fail to galvanize investors' enthusiasm, DOGE may test the 61.8% Fibonacci retracement level at $0.212 before sliding further down to the 200-day SMA.

On the flip side, if Dogecoin price is able to slice and close above the 100-day SMA at $0.296 and the upper boundary of the rising wedge pattern at $0.302, the IntoTheBlock’s In/Out of the Money Around Price (IOMAP) metric reveals large clusters of resistances ahead.

Overall, the IOMAP suggests that Dogecoin price is would see major challenges ahead if it attempts to record a higher high for August.