Dogecoin price structure is worsening as it slides below key support areas. If this continues, investors can expect DOGE to sell off until it finds a stable demand barrier.

He mentioned that it was nothing more than a joke and a scam, and it is “something that ends very badly.”

On the other side of the fence, “Dogecoin Millionaire” Glauber Contessoto stated that he would be accepting payments in DOGE. He posted a tweet on July 6 that confirms the same.

One thing about me is I’ma walk that talk baby. #dogecoin #buythedip pic.twitter.com/SNuOBm7SBR

Contessoto invested roughly $250,000 initially in the meme coin at approximately $0.045 on February 5 and has not sold his holdings yet.

He has increased his holdings by accepting the canine crypto as payment, and his portfolio is currently worth around $931,000. He stated that he would not be booking profits anytime soon.

Dogecoin price breached the support barrier at $0.229 on July 7 and pierced $0.216. Although DOGE has recovered above $0.216, it might continue to drop as Bitcoin price is undergoing a correction.

If the selling pressure continues to build up, the meme-themed cryptocurrency will likely produce a decisive 4-hour candlestick close below $0.216. Such a move might trigger a 10% downswing to $0.193.

In some cases, DOGE could tag $0.187, a key support barrier that makes or breaks the meme coin.

Unlike many altcoins that have rallied over the past 72 hours, Dogecoin price did the opposite, it consolidated. This development indicates that investors are not pouring their capital into the dog-themed cryptocurrency.

Moreover, the hype around such coins seems to have disappeared for now. Therefore, investors need to steer clear of Dogecoin. 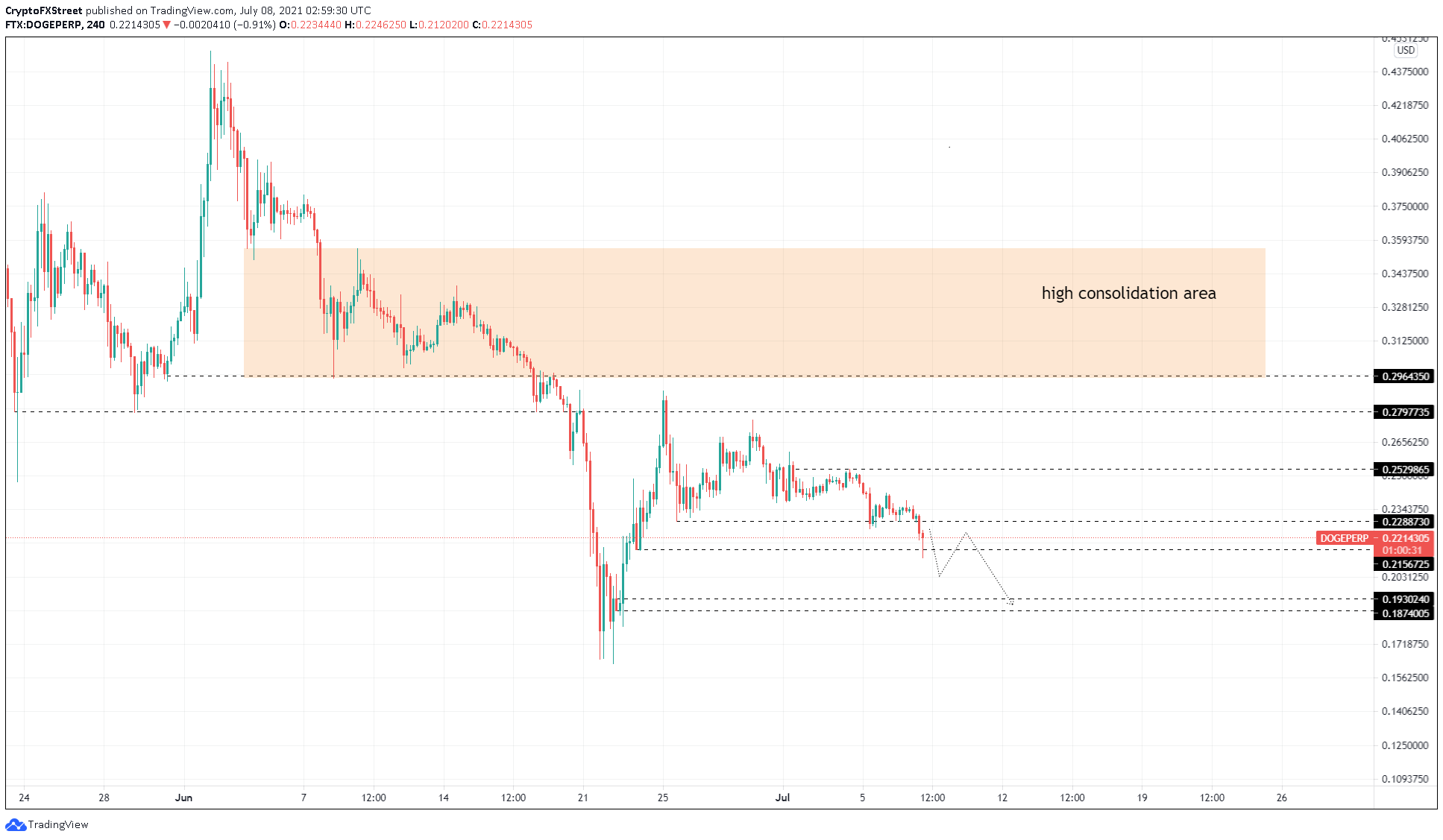 While things look bleak for Dogecoin price, market participants need to understand that these coins are hype-driven. Therefore, a sudden increase in social activity or FOMO could trigger an uptrend, disregarding the bearish outlook explained above.

Dogecoin price could kick-start such a bullish move after a 12% retracement to $0.187 or prematurely catalyze a rally from its current position, $0.221.

If this move breaches the $0.253 resistance level, it could invalidate the bearish thesis and propel the meme coin to $0.280.