The market has been busking in the slight recovery following the drop that occurred towards the end of July and spilled over into August. The total market capitalization shrank from $277.8 billion to $228 billion. This represents a 17% decline or a loss of $49 billion in one month. Bitcoin (BTC) lost at least $12 billion while the altcoins lost $39 billion. Bitcoin dominance is the market continued to rise amid falling prices.

There was a fresh catalyst supported by positive news in the wake of the ETF saga in August, The battle for an ETF is not over but its time will come sooner or later. The current bullish trend in the market is threatened by rumors of Bitcoin whales intending to dump a huge amount of BTC in the market. The crypto currency market is still greatly volatile especially with a market capitalization that is less than $300 billion, dumping could have devastating effects not only on Bitcoin but also on the altcoins.

The news in the market is that a Bitcoin whale, possibly Silk Road; a darknet website that was shut down by the FBI or Mt.Gox, the cryptocurrency exchange that closed doors in 2011 after being victim to a hack attack. The exchange lost over $473 million in the event leading to a bankruptcy filing. However, a lawsuit by Mt.Gox creditors has placed the company in civil arbitration. Mt.Gox trustee has been preparing to compensate the creditors who intent to receive Bitcoin Cash and Bitcoin assets.

Bitcoin price has sustained an uptrend since the previous correction that saw it test the support at $6,800. The crypto recently broke above $7,300 but stalled short of $7,400. However, a sharp decline from $7,384.05 intraday highs has plunged below $7,300 and $7,200 support areas. The next support at $7,100 appears to be holding ground. There is a slight bullish correction from the support but $7,000 is within reach unless the price can retrace higher above $7,200. 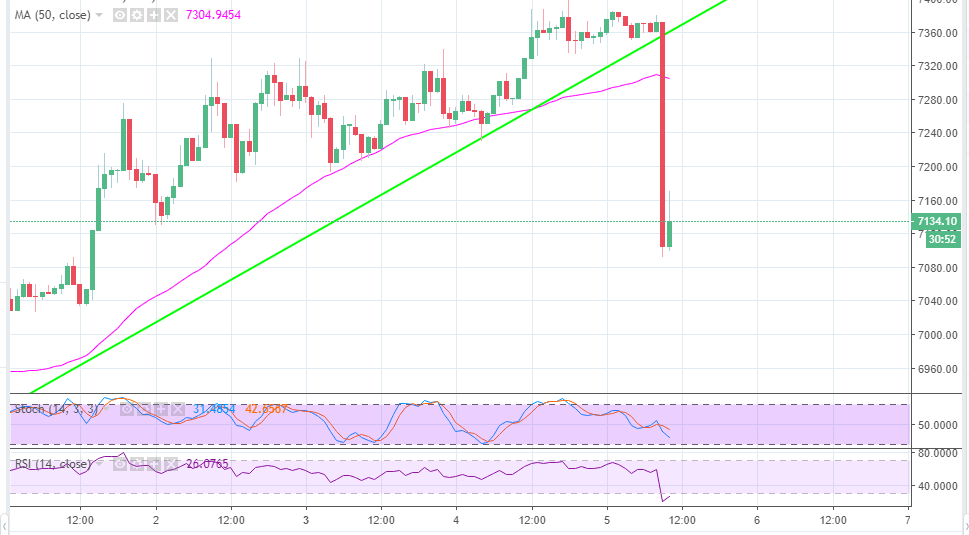 Ethereum has broken below the support at $280 we discussed in the previous analyses. There is a huge correlation between Ethereum and Bitcoin price. The slide in Bitcoin appears to have affected a majority of cryptos in the market. ETH/USD is seeking balance above $260 after dismembering the support at $270. Ethereum declined towards $250 in August, therefore, a support above $260 is very essential. Otherwise, Ethereum could test the former support at $250. 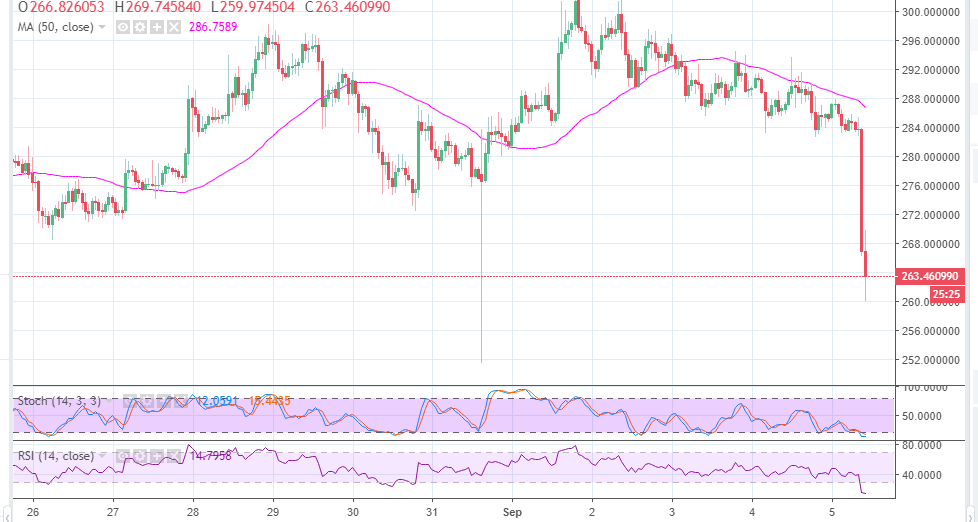 Ripple, on the other hand, has not been spared by the bear wave that swept across the market today. The trend is still strongly bearish following the break below the support at $0.330. XRP/USD is currently testing the week support at $0.305. The crypto could brush shoulders with $0.30 unless a reversal occurs towards the next resistance target at $0.3250. Ripple is also trading below the 15-minutes 50 SMA while technical signals remain strongly negative. 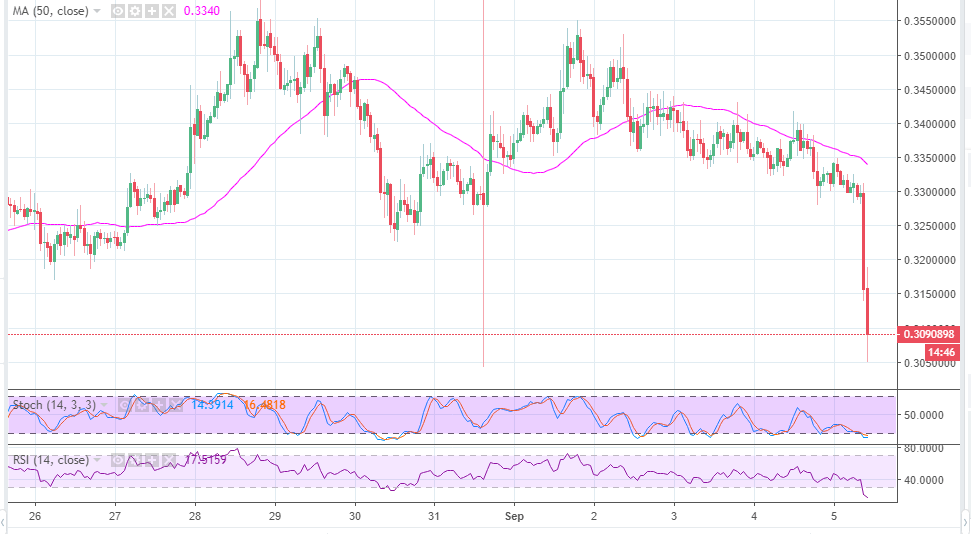