Bitcoin and all major altcoins have stayed unchanged for the most part of the weekend. Low trading activity amid decreasing volatility has left the market locked in a narrow range; however, the situation may change ahead of the global markets opening on Monday.

BTC/USD is trading at $9,585, unchanged both on a day-on-day basis and since the beginning of the day. The first digital asset has barely changed since August 30 as trading activity on the marker is non-existant. The critical support awaits the coin on approach to $9,300, while the upside seems to be limited by $9,600.

Ethereum, the second-largest digital asset with the current market capitalization of $18.3 billion. ETH/USD is changing hands at $169.30 after a failed attempt to settle above $173.00. The coin outperformed the market during late Saturday hours, however, the upside momentum proved to be short-lived as the price retreated below $170.00 handle.

Aave joined the likes Uniswap, Ethereum and SushiSwap to lead recovery during the weekend session. This decentralized token has grown in value by 235% in January alone. 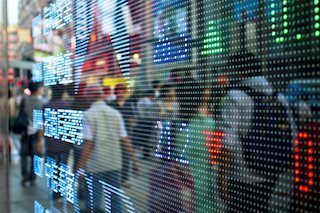 The People's Bank of China (PBOC) has made tremendous progress in developing a central bank digital currency (CBDC). The Asian economic giant's latest is the expansion of the trials for the Digital Currency Electronic Payment (DCEP) to major cities.