XRP/USD holds lower ground near 0.2490 on early Tuesday. The crypto major broke the key support line after two major exchanges suspended Ripple trading due to the US Securities and Exchange Commission (SEC) charges. Sustained trading below August top and 61.8% of Fibonacci retracement of March-December upside favor the bears.

Ethereum Price Analysis: ETH pulls back from May 2018 top towards $700 but bulls remain hopeful

ETH/USD consolidates gains from last Thursday while declining to $710.53, down 2.58% intraday, during early Tuesday. Although overbought RSI conditions triggered the crypto major’s pullback from a 31-month high, bullish MACD and a five-week-old ascending trend line favor the bulls.

Zilliqa price explodes by 60% but could be facing a massive correction down to $0.06

Zilliqa by around 500% since the beginning of November and hasn’t shown many bearish signs just yet. However, some technicals are suggesting that the digital asset might be poised for a significant correction in the short-term. The digital asset has been trading inside a robust uptrend hitting new highs almost every day. 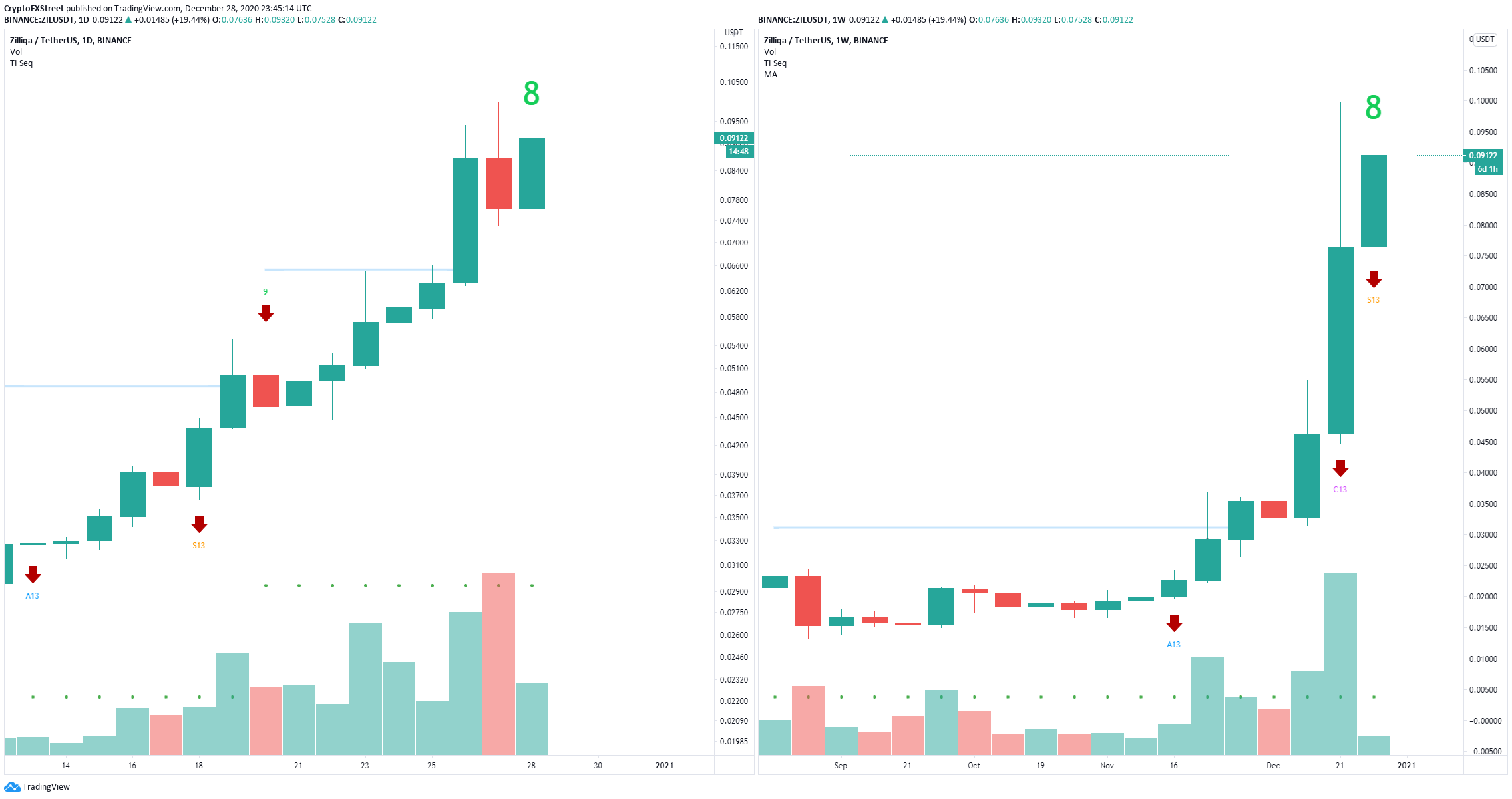