BTC/USD stays on the back foot around 33,800 during early Wednesday’s trading. The crypto major pair dropped below the 10-day SMA on Tuesday while flashing the most bearish MACD signs since early December, which in turn favor sellers as the quote declines for the fifth consecutive day.

XRP/USD drops to 0.2875 during early Wednesday. In doing so, the ripple pair defies recovery hopes, triggered the previous day, while funneling down a symmetrical triangle established since December 25. Sellers may eye December lows on triangle breakdown.

YFI price had a massive 50% breakout on January 7 which got a lot of continuation in the next two days up to $39,939. Unfortunately, the entire market suffered a significant collapse and YFI dropped towards $25,250. On the daily chart, the digital asset dropped to a low of $25,250. 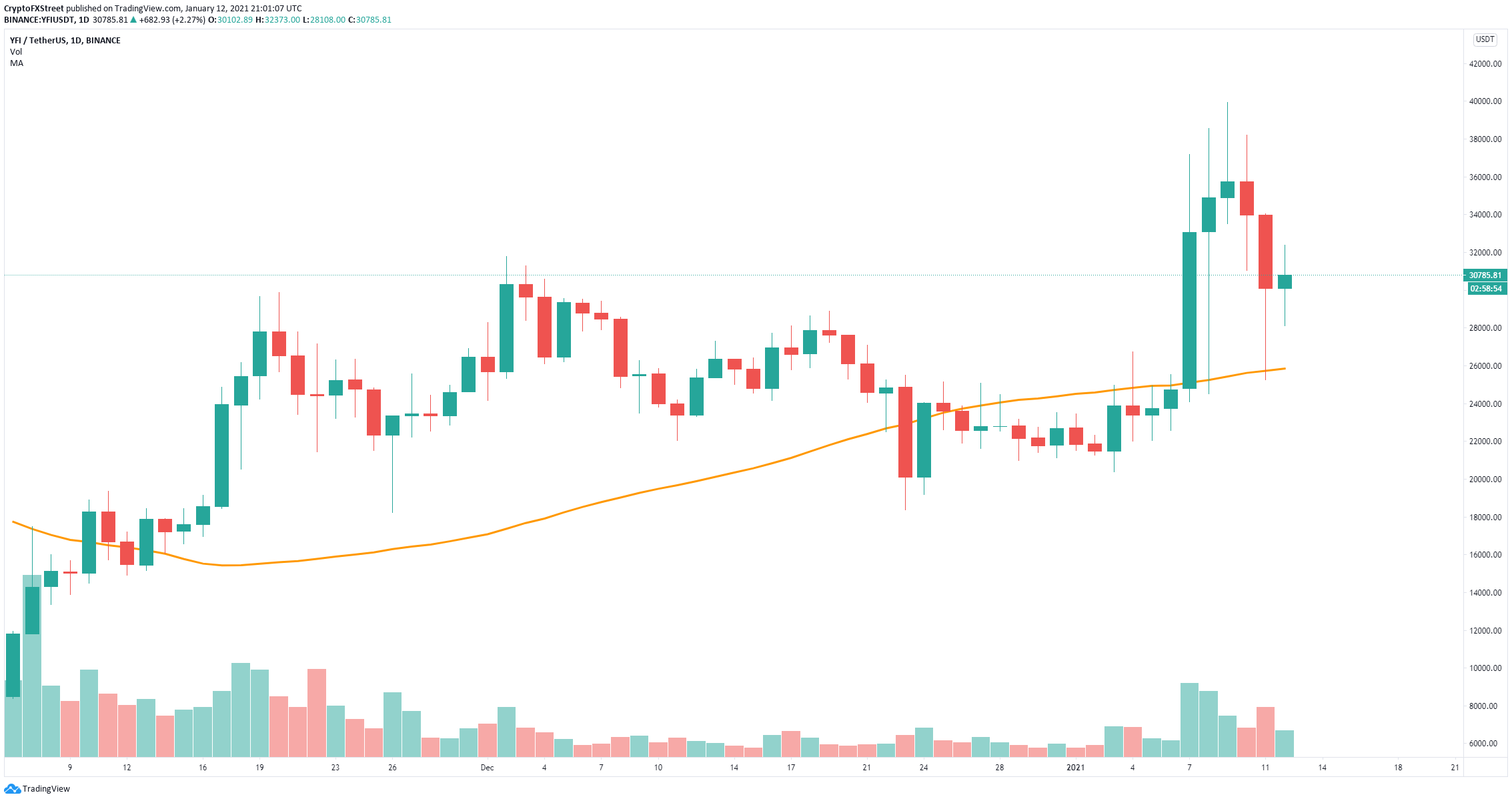