Bitcoin rips below $20,000 and opens a fresh can with more losses at hand

Bitcoin (BTC) price has said its goodbyes at $20,000 after a few very choppy trading days. With $20,000 in the middle of the range still at the end of August, it was at the start of September that the beloved psychological level started being mentioned on the topside of the intraday price action. Slowly but surely, Bitcoin price slipped below it, and after yesterday it is time to say goodbye to $20,000 for now, saddling up bulls with massive losses and negative pnl’s to come. 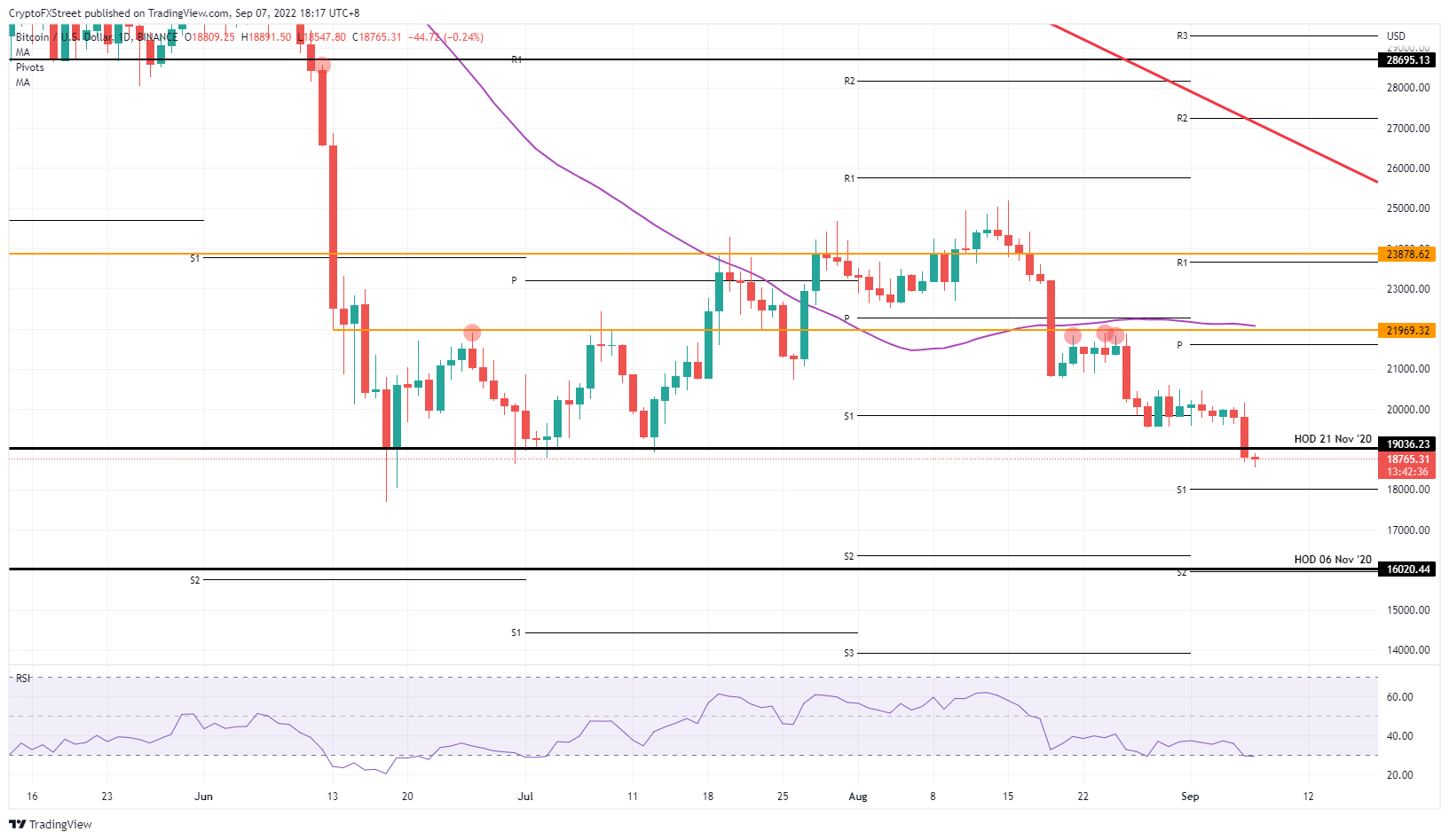 XRP price is in the process of fortifying support around $0.3180 in the wake of a sharp decline from resistance at $0.3367. Although the cross-border money remittance token trades slightly above $0.3200, all eyes are fixated on its ability to bounce off support for a sustained northbound move.

EasyDNS, a Canadian Internet Service Provider (ISP), has released the first ever Ethereum's native .ETH domain to cater to registrations on its platform. Interestingly, easyDNS was the first ISP to support the Ethereum Name Service (ENS) linked to legacy IANA TLDs .XYZ domains. According to a blog post outlining the development, ENS native domain services first began in 2018, but this will be the first time .ETH has come into use.