Bitcoin has, from the beginning of this week, made a remarkable recovery from the recent 20% downswing to $27,735. The bellwether cryptocurrency teeters at $33,884 amid the struggle to resume the uptrend owing to the overhead pressure at $34,000.

All ardent Bitcoin and cryptocurrency enthusiasts are aware of the talk regarding institutional investors adopting Bitcoin. Some believe that these high-volume investors' buying pressure is contributing massively to the rally that saw BTC hit a new all-time of $34,810.

ETH/USD marks its first intraday losses in four while declining to $1,080 during early Wednesday. The ethereum buyers seem to have lacked upside momentum following their run-up to the highest since late January 2018 during Monday. Since then, the quote has been marking a lower high formation amid overbought RSI, which in turn favor sellers.

After an initial significant 33% rally that started on January 3, Stellar hasn’t paused and has seen another 40% breakout hitting $0.21. After a lot of bullish momentum, the digital asset might be on the verge of a correction, suggests various indicators.

On the 2-hour and 9-hour charts, the TD Sequential indicator has presented a green ‘8’ candle which is usually followed by a sell signal which will be posted within the next hour. Confirmation of both signals would shift the odds in favor of the bears in the short-term. 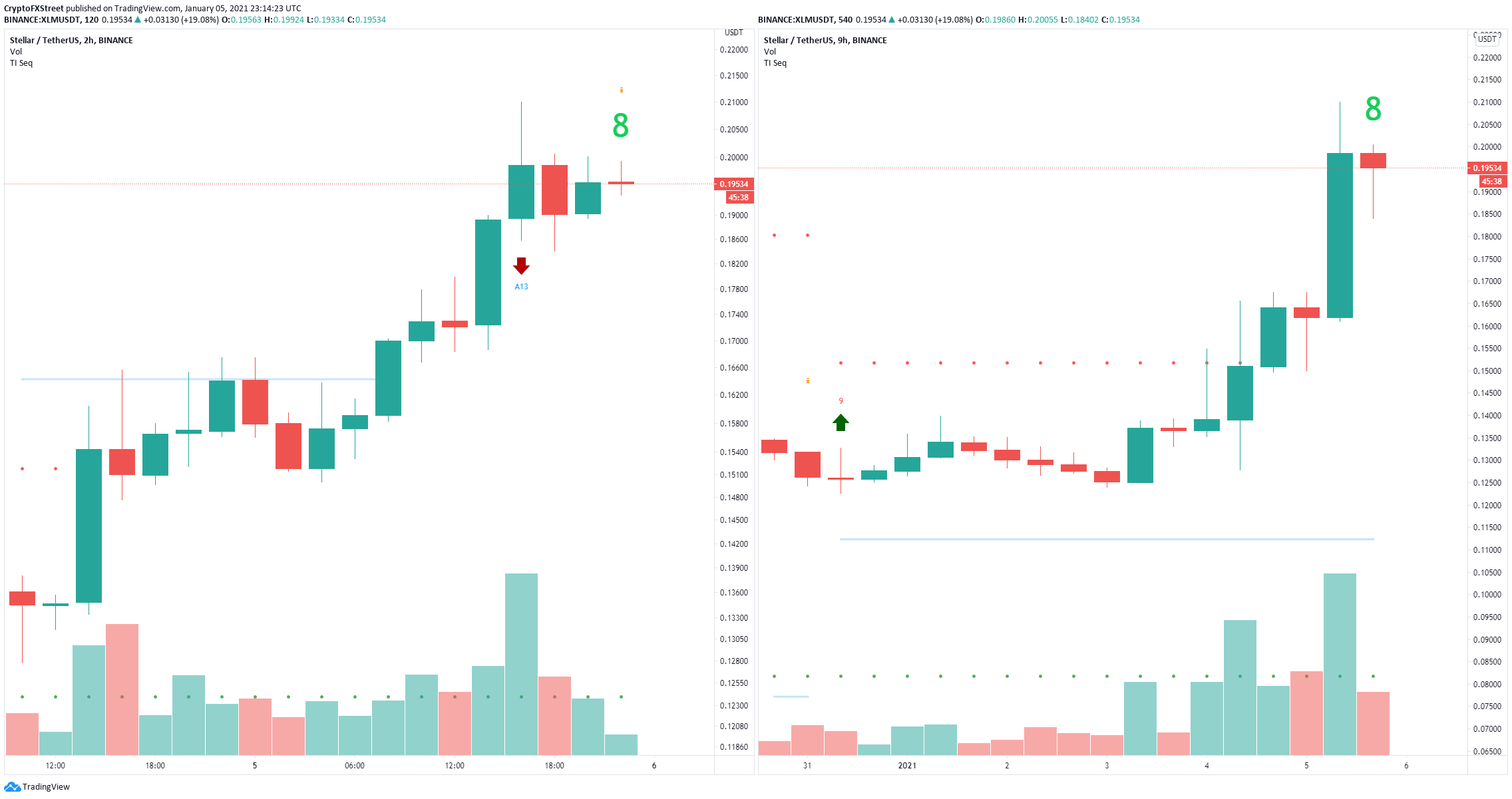