The Bitcoin price in the latter part of the session on Tuesday is nursing losses of just some 2% Price action had been moving within a narrowing range block formation until a breach south came into play.

BTC/USD was trading within tight conditions, downside at $8,250, with upside capped at $8,400. Given the fresh near-term wave of selling pressure through the support, it does leave the door open to a further bear attack.

EOS/USD technical analysis: The technical pattern has just broken to the downside

The pair has broken a bear flag formation that formed on the four-hour chart and is now heading to the base of the formation at 2.588.

The psychological 3.000 level has also been broken now and the price is currently holding at 2.939 after finding some support at 2.868 a level used five times in the past as support and resistance.

The relative strength index (RSI) has also broken lower and taken out two trendlines in recent times. The indicator has not reached the oversold level which could suggest there is some more downside momentum on the way. 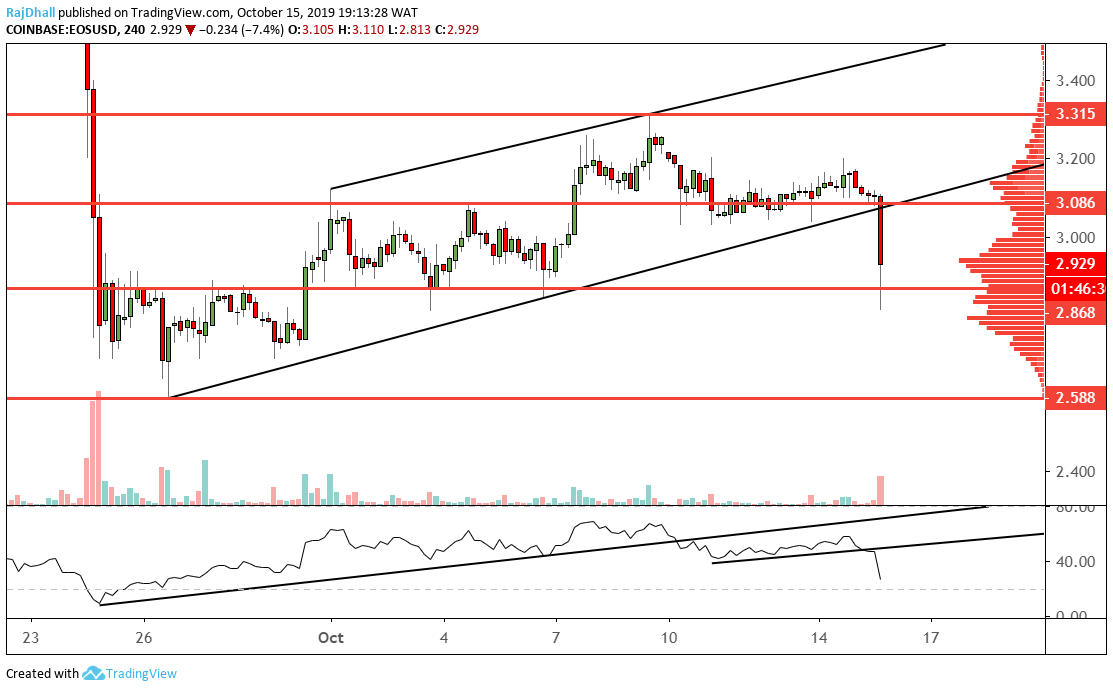 Litecoin price is trading in the red in the session by some 4.15%.

LTC/USD bears are breaking out to the downside from a bearish flag structure.

Given the above-detailed breach, the psychological $50 mark is likely in the sights of the bears.

Why is the market falling today?

The trading week is coming to an end, and the crypto market leaders seem to be inviting people to go on holiday and come back in a few weeks to see if anything has happened by chance. The current low volatility is never comfortable for the active trader, aware that today's extreme calm is the prelude to an explosion of instability in the future.