Enjin coin pric could become a crypto outperformer in the next bullrun. Key levels have been identified.

Enjin Coin price currently trades at $0.60. The Enjin token, an Ethereum based gaming token witnessed a 14,000% rise between March 2020 lows at $0.03 and the 2021 highs at $4.85. A Fibonacci Retracement tool surrounding the entirety of the move suggests the current downtrend is only a 50% loss in profit.

Enjin Coin price volume profile pattern confounds the idea of a possible macro bull run as sellers have substantially reduced amidst the dissension since $4.85. Based on the Elliott Wave theory and Classical price action, the ENJ price has potential to rally as high as $20. If Bitcoin is projected to accomplish its $180,000 macro trajectory, Enjin coin should be worth to a keep close eye on. 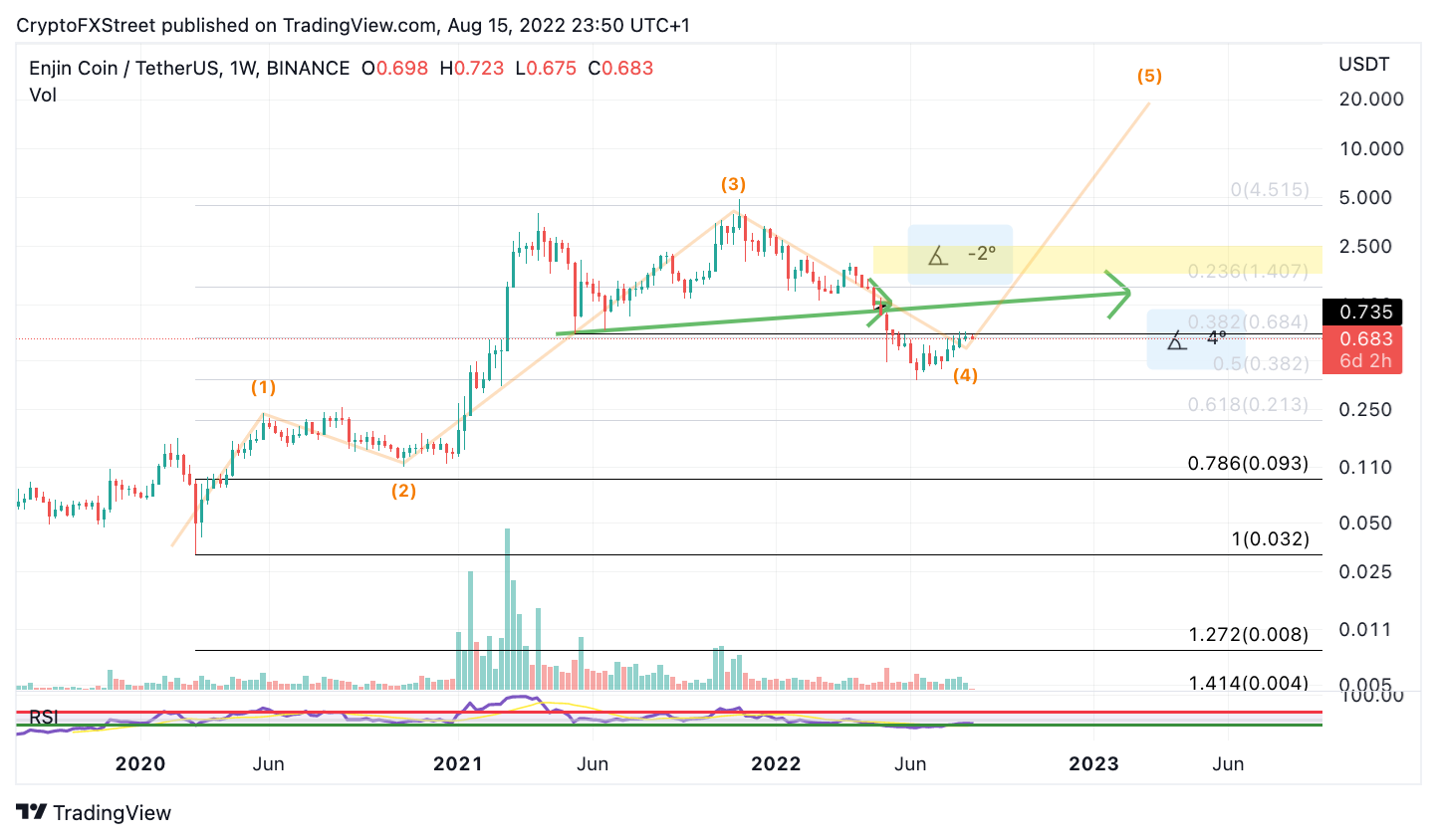 For this reason ENJ coin has been named this week’s Crypto Sleeping Giant. A dollar cost approach could be a favorable investing plan as the invalidation of the bullish thesis is more than 50% below today’s current market value at $0.23.