Chainlink price has been in a consolidative phase while the rest of its counterparts have already rallied higher and some even set up new all-time highs.

However, the recent breakout has opened the path for a bullish explosive uptrend to originate.

Bored Ape Yacht Club (BAYC) announced earlier today its integration with Chainlink’s Verifiable Random Function (VRF) to distribute random NFTs in its platform’s airdrop. To celebrate the launch of Mutant Ape Yacht Club (MAYC), BAYC token holders are airdropped “serum,” which the users can use to mutate their Bored Ape by only paying for the gas.

However, for the public sale, the platform chose Chainlink’s VRF. On this note, the announcement adds that VRF is used to randomly allocate indexes to 10,000 serums, which are then distributed to the tokens holders.

While many public sales are usually lost to bots, BYAC made sure this would not happen and was achieved by “stealth drop.”  The blog further added,

the public sale was not announced beforehand. While we alerted community members that something would be happening, the broader crypto community—and all the bots that entails—would not be prepped for this sale.

Chainlink price broke above the August 23 swing high at $29.37. In doing so, LINK sliced through the declined resistance level, extending from June 1 to August 31. While the initial burst was stopped by the resistance level at $30.72, it is likely LINK will continue to climb higher.

While most of the altcoins have rallied exponentially, some like Chainlink have yet to do so. Assuming a surge in buying pressure, LINK will flip $30.72 into support, targeting the range high at $35.35.

If the bulls manage to slice through $35.35, the oracle token will have an open path up to $42.67, roughly a 21% ascent from the range high. If the buying pressure persists beyond this point, Chainlink price will likely attempt to tag $50.

This move would represent nearly a 100% upswing from the 50% Fibonacci retracement level at $25.17. 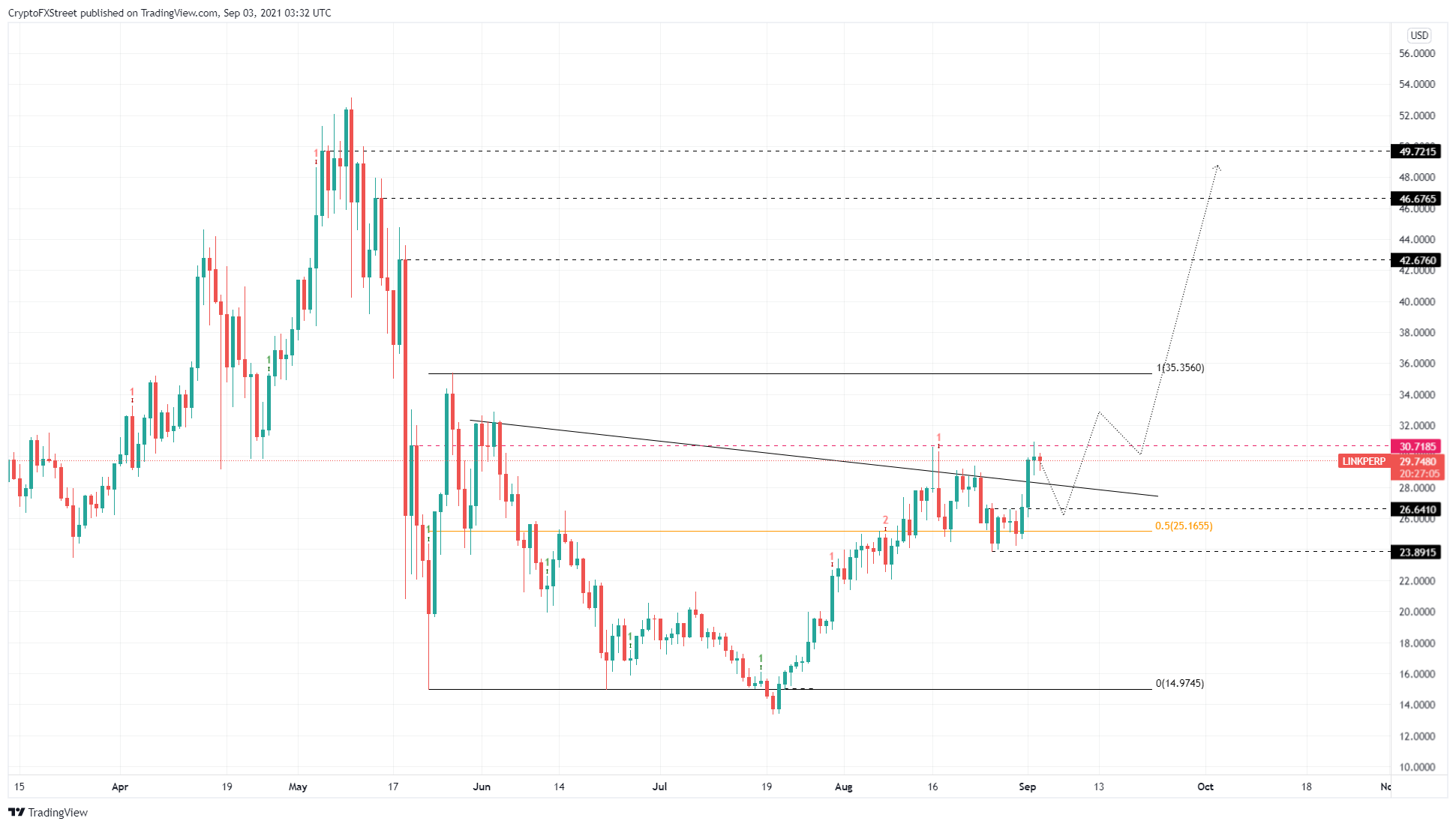 On the other hand, a breakdown of the trading range’s midpoint at $25.17 will indicate that the breakout was a failed attempt. In such a case, if the bears push Chainlink price to produce a swing low below the $23.89 support level, it will invalidate the bullish thesis.