Chainlink (LINK) has had a choppy ride higher of late with the favorable tailwind in cryptocurrencies helping the mood and stamina. LINK has had more worries, however, in its run-up to $28.50. On August 18, LINK fell out of character by breaking the monthly R1 resistance level and the green ascending trend line. Price action broke below $26 and looked heavy. Buyers stepped in and supported the price with a bounce off the August 1 level around $24.56.

As the rally kicked back into gear after August 18, the R1 monthly resistance level showed it was turned into support on August 20 with a perfect bounce off the level at $26.53. Sellers tried to retake control the next day, and LINK even traded below the green ascending trend line for most of the day on August 22. Again the monthly R1 resistance showed its importance by supporting price action. Buyers stepped in and pushed the price again up toward the green ascending trend line. 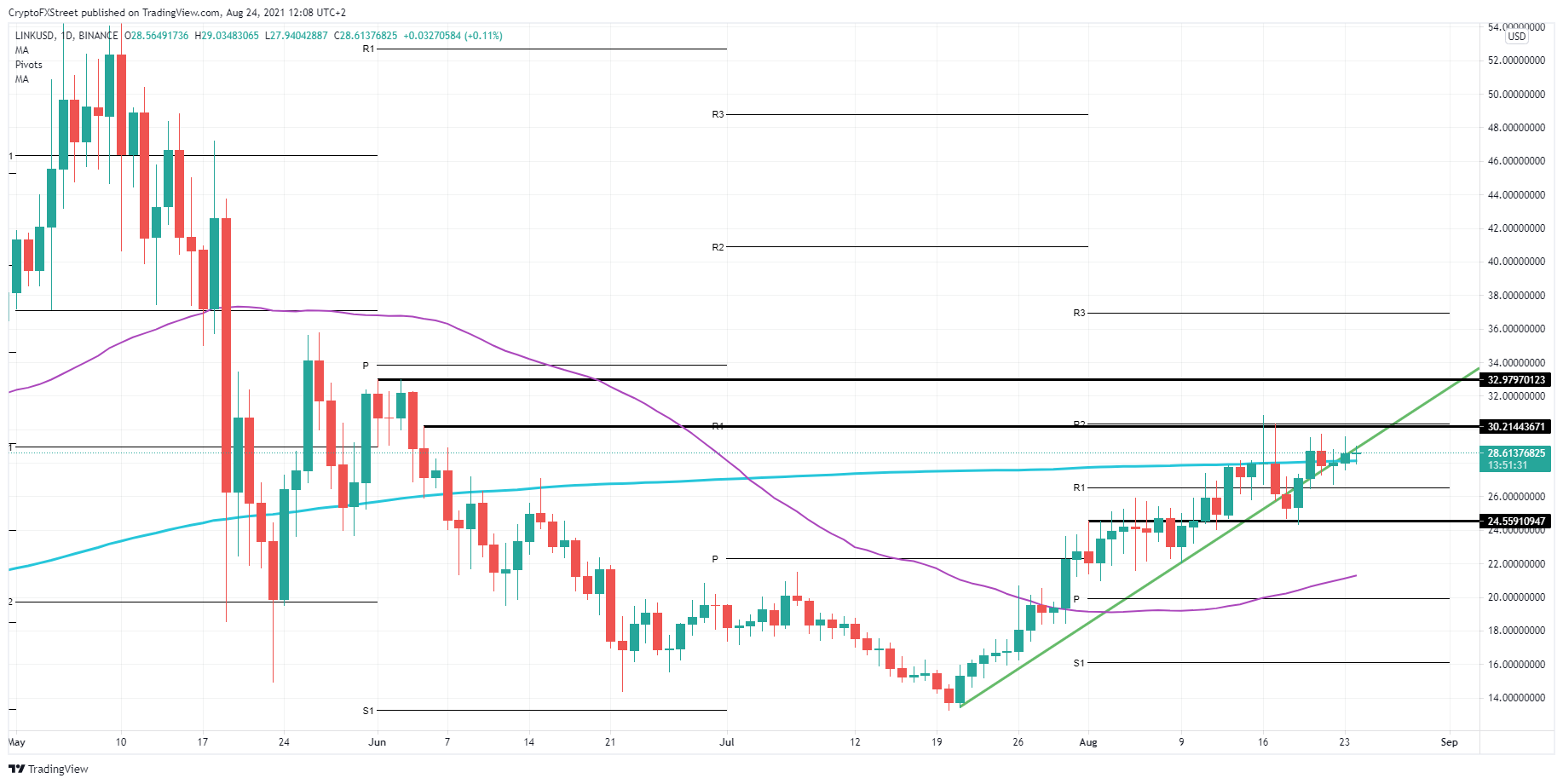 Currently, the 200-day Simple Moving Average (SMA) is forming support for the price action LINK is showing today. As the lows are getting higher for a third consecutive day, expect buyers to push price action against the green ascending trend line. A break higher could cause a pop and hit $30.21. That level has been tested already twice, but no real close above as of yet. That level also aligns with the R2 monthly resistance, making it a double cap on price action.

Should sentiment sour or the rally fade to the downside, expect a break of the monthly R1 resistance level and the next support to be found around $24.56.

Axie Infinity price is gearing up to record a new all-time high after the token presented a massive bullish pattern, hinting at a 60% ascent. If AXS slices above the crucial resistance trend line, the token is ready to climb above $200.

SEC v. Ripple proceedings continue as the court concedes SEC's extension request and pushes the expert discovery deadline to January 14. There are several complications in the case, and the American regulator did not object to filing exhibits being filed under seal.

Ethereum price provides one last buy opportunity before exploding to $5,200

Ethereum price has breached a crucial level, indicating the start of a run-up to new all-time highs. However, ETH is consolidating, gathering steam for the next leg that propels it higher.

Solana price seems to be unaffected by Bitcoin as it set up a new all-time high on October 25, and so did the Total Value Locked (TVL) on the SOL ecosystem. With the altcoin currently retracing to a support zone, investors can expect another leg-up to kick-start a new uptrend.