Chainlink (LINK) has experienced a run higher, helped by the favorable tailwind in cryptocurrencies over the past few weeks. But the sentiment is turning a little bit, and Chainlink even starts to look heavy. Some short-term profit-taking is normal, but the critical green ascending trend line was already broken after the second test yesterday. This sets off alarm bells for investors that Chainlin’s positive rally might come to an end. Once that is the case, buyers will take their money and run and leave LINK as prey for short-sellers to run prices down.

Chainlink looks to be on the verge for a correction

A look to the upside does not help to find more motivation for buyers to support the rally. At the beginning of the week, LINK formed a double top originating from June 5 and could not stay above. $30.21 looks to be a level that needs to be broken and closed above if Chainlink wants to add more fuel to its rally.

A little bit further up, another significant resistance level is cause for little upside. At $33, there is another double top originating from June 1. This means that in a concise area of just a $3 range, buyers face two resistance levels where profit taking will occur, and the rally will lose steam. 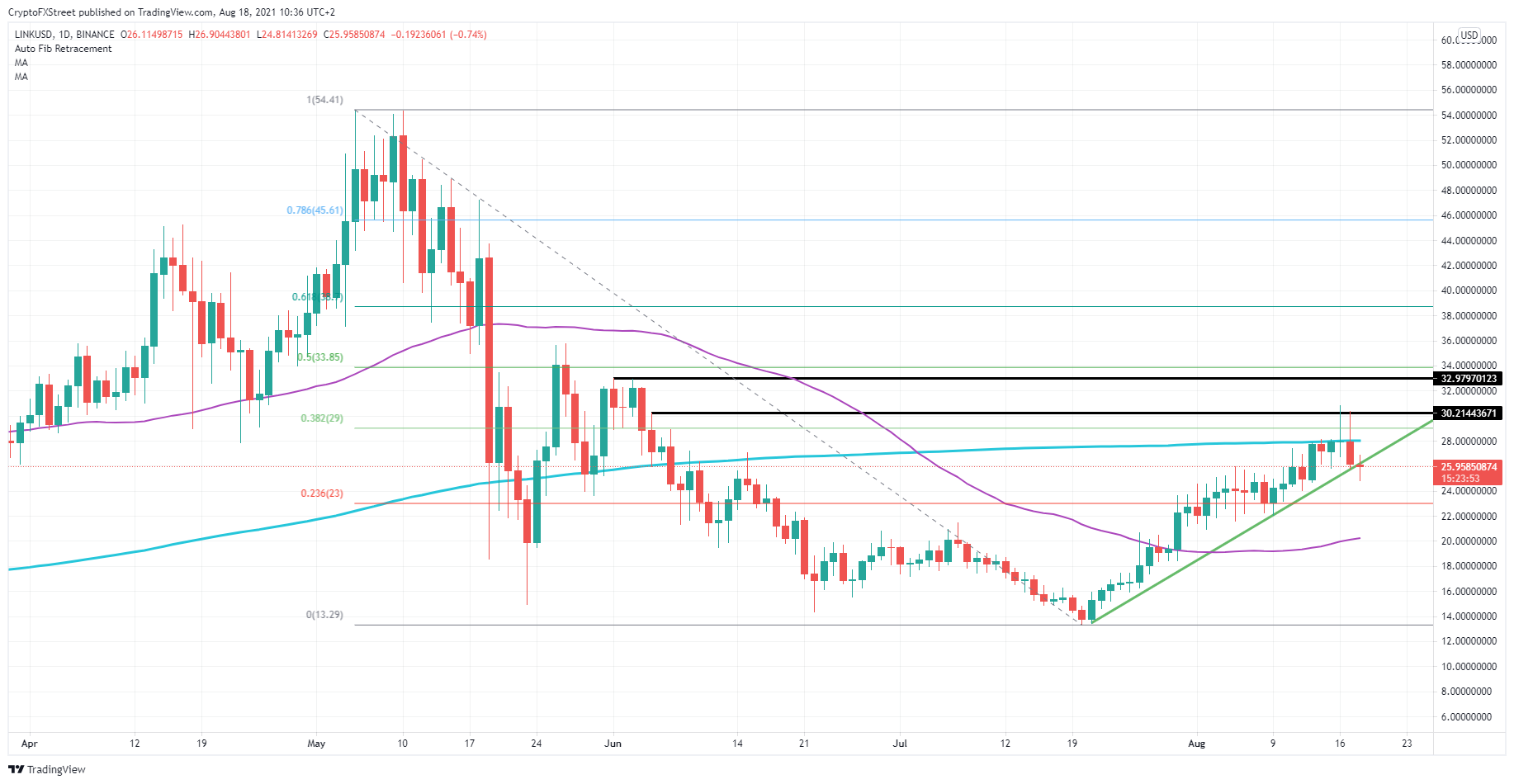 The fact that the first double top at $30.00 already causes the green ascending trend line to break to the downside is not good news. Expect buyers to get out of their positions, opening an opportunity for price action to correct quite rapidly.

The actual first level of support is at $23, which is next to a pivot level and a supporting pivot. However, that has been chopped up quite a fair bit at the beginning of August. Do not expect much of that level. Instead, look further lower toward $20 as a big figure and the 55-day Simple Moving average that will support the price action.