Chainlink price was not immune to the selling pressure over the weekend. Chainlink was already down 39% from its most recent swing high in November, but it extended that loss to 50% on Saturday. LINK has, since then, recovered all of the weekend losses.

Chainlink price action is definitely in the overbought zone over the past three trading days. As buyers pushed Chainlink towards the 61.8% Fibonacci retracement, they began taking profits as momentum slowed. As a result, bulls likely want to see Chainlink retest the breakout above the Tenkan-Sen at $21.15. 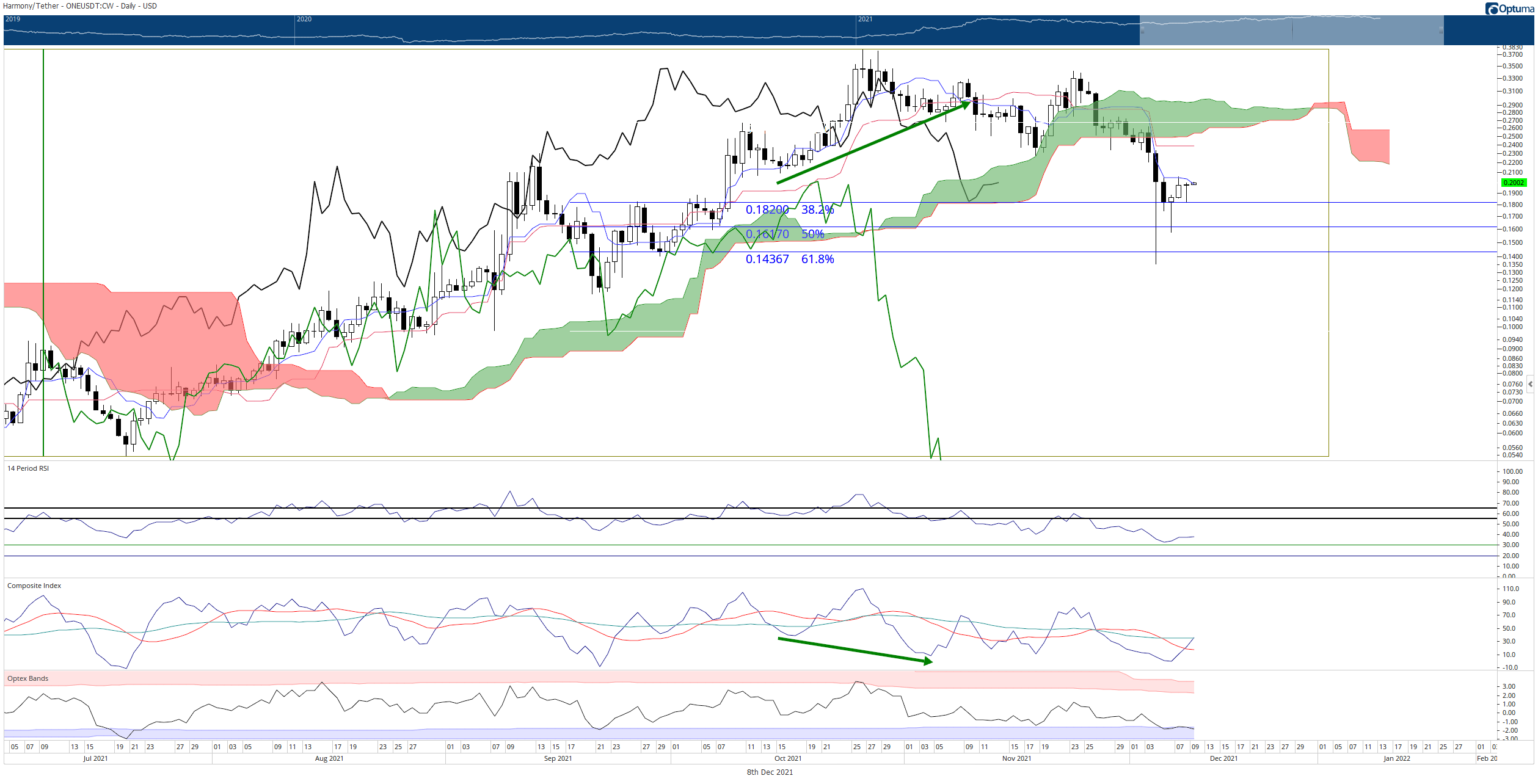 However, buyers need to be careful. Taking Chainlink price profit at $26 is due to the strong resistance at that price level. Further, it is possible that the rejection in the $26 value area could trigger a continuation of the sell-off that began on Saturday.

On a longer-term outlook, Chainlink price will only turn into an undeniable bull market when the current close is above the Cloud, and the Chikou Span is above the candlesticks and in open space. The lowest price level for those conditions to be true is at $33.88.