Cardano (ADA) is seeing its attempts to pop towards $1.50 being cut short by some bearish comments from a FED official and markets being on edge on new sanctions that could hurt Russia and the global market as a whole. With more sanctions on Russia, the tail risk of further escalation is also becoming a greater probability. This is weighing on global markets, with equities on the backfoot and cryptocurrencies in retreat.

Cardano price looked set to top $1.24 and hit new highs for both March and April, but instead got cut short with investors worried about the new sanctions announced today. The risk is that with these new rounds of sanctions, Russia gets pushed more into a corner and could bite back. Some products in Europe are already seeing a doubling in price or empty shelves in the case of sunflower oil, as well as a scrambling for agricultural fertilisers that were mostly produced in Russia. Investors are fretting over this and are pulling out of their equity and cryptocurrency positions again. This is squashing ADA price against the green ascending trend line that has been the backbone of the uptrend on its price chart since March 16.

ADA price saw investors coming in during the ASIA PAC session and withstanding the bearish pressure against the ascending trend line. In the meantime, this is an excellent window of opportunity to get back in long as the Relative Strength Index (RSI) is trading back at more moderate levels, away from being overbought. A possible break to the downside will findsupport at the new monthly pivot at $1.056 which will result in a bear trap once bulls have pushed price action back up above the green ascending trend line again. Following that squeeze, expect to see ADA price rally up towards $1.40. 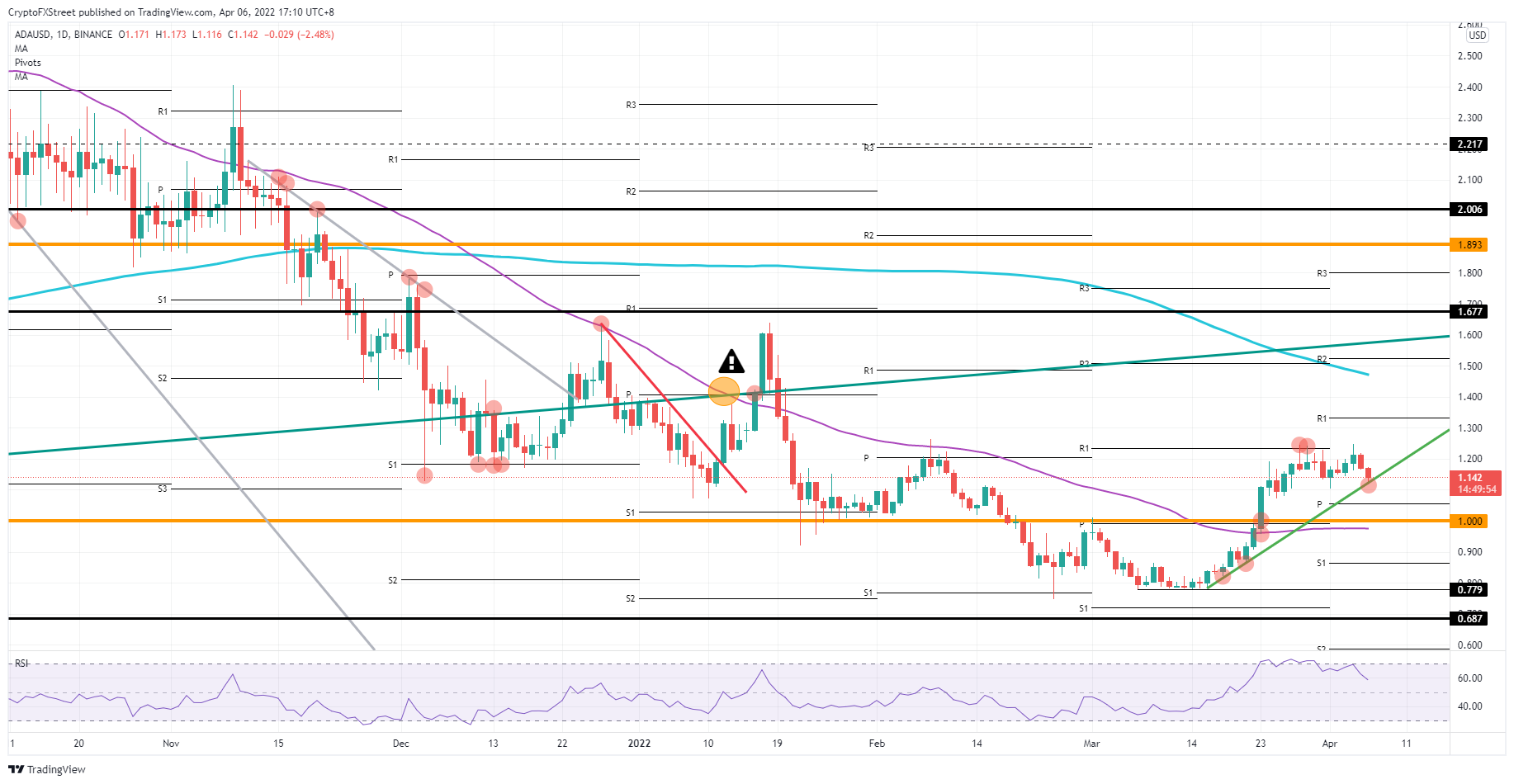 Should Russia lash out and start putting out embargos against the EU and further strengthen its ties with China and India, expect markets to undergo further bearish pressure. For Cardano price that would translate into $1.00 coming under siege and possibly a break back below the 55-day Simple Moving Average towards $0.779. That would mean another 31% decline and ADA prices back to where they were at the beginning of the Ukraine crisis.