Cardano price has revealed an optimistic outlook after the extended period of sluggish performance. ADA could be headed for a 20% upswing toward $1.78 if the Ethereum killer manages to overcome one last remaining hurdle.

Cardano price has formed a cup and handle pattern on the 12-hour chart, suggesting a 20% climb from the neckline of the pattern toward $1.78.

While the governing technical pattern indicates a bullish outlook for ADA, Cardano price must slice above the neckline of the chart pattern at $1.48 in order for the optimistic chart pattern to be validated.

An additional headwind may appear at the 78.6% Fibonacci retracement level at $1.63 before the optimistic target can be reached. If sufficient buying pressure emerges, Cardano price may reach the target given by the cup and handle pattern at $1.78.

Bigger aspirations for Cardano price will aim for the 200 twelve-hour SMA at $1.87, coinciding with the resistance line given by the Momentum Reversal Indicator (MRI). 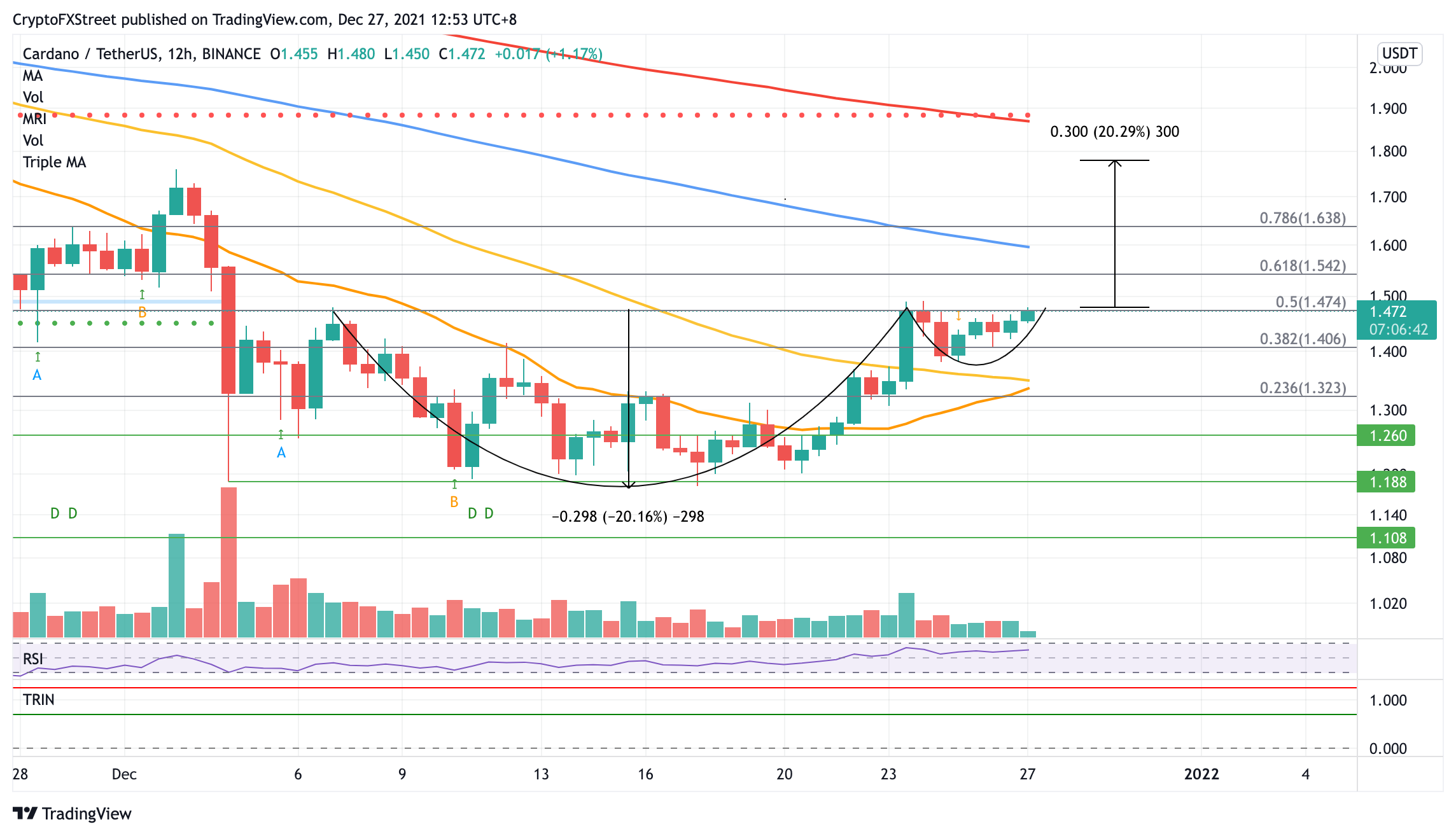 However, if a spike in sell orders occurs, Cardano price may fall toward the first line of defense at the 38.2% Fibonacci retracement level at $1.40, then toward the 50 twelve-hour SMA at $1.35.

The 21 twelve-hour SMA would also act as reliable support for ADA at $1.33, before Cardano price drops toward the 23.6% Fibonacci retracement level at $1.32 if selling pressure continues to increase.