Cardano (ADA) price action has been consolidating in a pennant for a week now, and it looks to break to the upside with a potential 28% gain for buyers, back up towards $3.02.

Cardano price building momentum for a break to the upside

Cardano price has since consolidated with lower highs, further respecting the red descending trend line and thus squeezing buyers and sellers toward each other. It is a heavily fought battle, but judging from the monthly pivot at $2.35, it looks like buyers are ready for the pop higher. 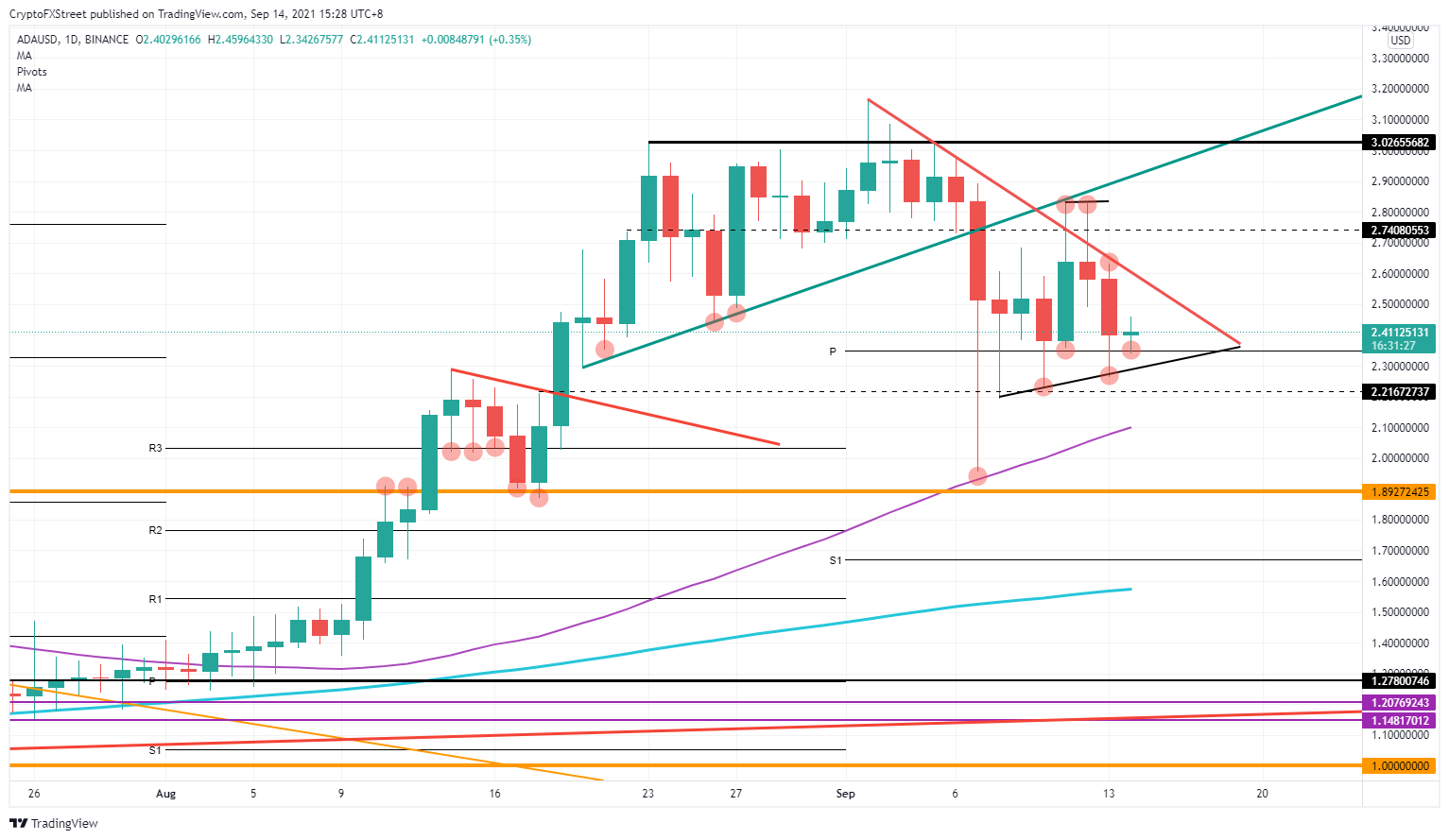 ADA price around the monthly pivot looks to be a key element in the mix with the pennant. Judging from its behavior, the pivot level acted as a launching platform for the buyers to run prices higher up. This will have hurt short-term sellers for sure by having them lick their wounds, not ready to enter any time soon. This will cause a fade in sellers' action and hand momentum to buyers. A push higher to break the red descending trend line is next. Once from there, it is a quick jump to $3.02 for a retest of that level.

In case sellers overhaul price action, expect a break of the black ascending trend line in the pennant and look for a dip toward $1.89.