Cardano price has officially entered a whole month's worth of increasingly constricted trading ranges. Neither buyers nor sellers have been able to throw any conviction in a single direction. Ichimoku Kinko Hyo levels show Cardano has a clear bearish bias.

Cardano price action is a kind of an enigma with regards to the Ichimoku Kinko Hyo system. When an instrument has moved to a position that places it below Senkou Span A, Senkou Span B, the Kijun-Sen and Tenkan-Sen, that instrument often sells off. It will almost always drop within two to three periods if it doesn't sell off right away. Cardano, however, has not done this.

Cardano is approaching a milestone of having seven consecutive daily closes below the Cloud. Because of the length of time in these bearish Ichimoku conditions and because of any strong push by sellers, Cardano is likely coiled for a bullish breakout. Over the next four days, the bottom of the Cloud rises and becomes thinner until the Kumo Twist on October 27th. Bulls eye any close at or above $2.36 to confirm the beginning of a probable bullish expansion phase. 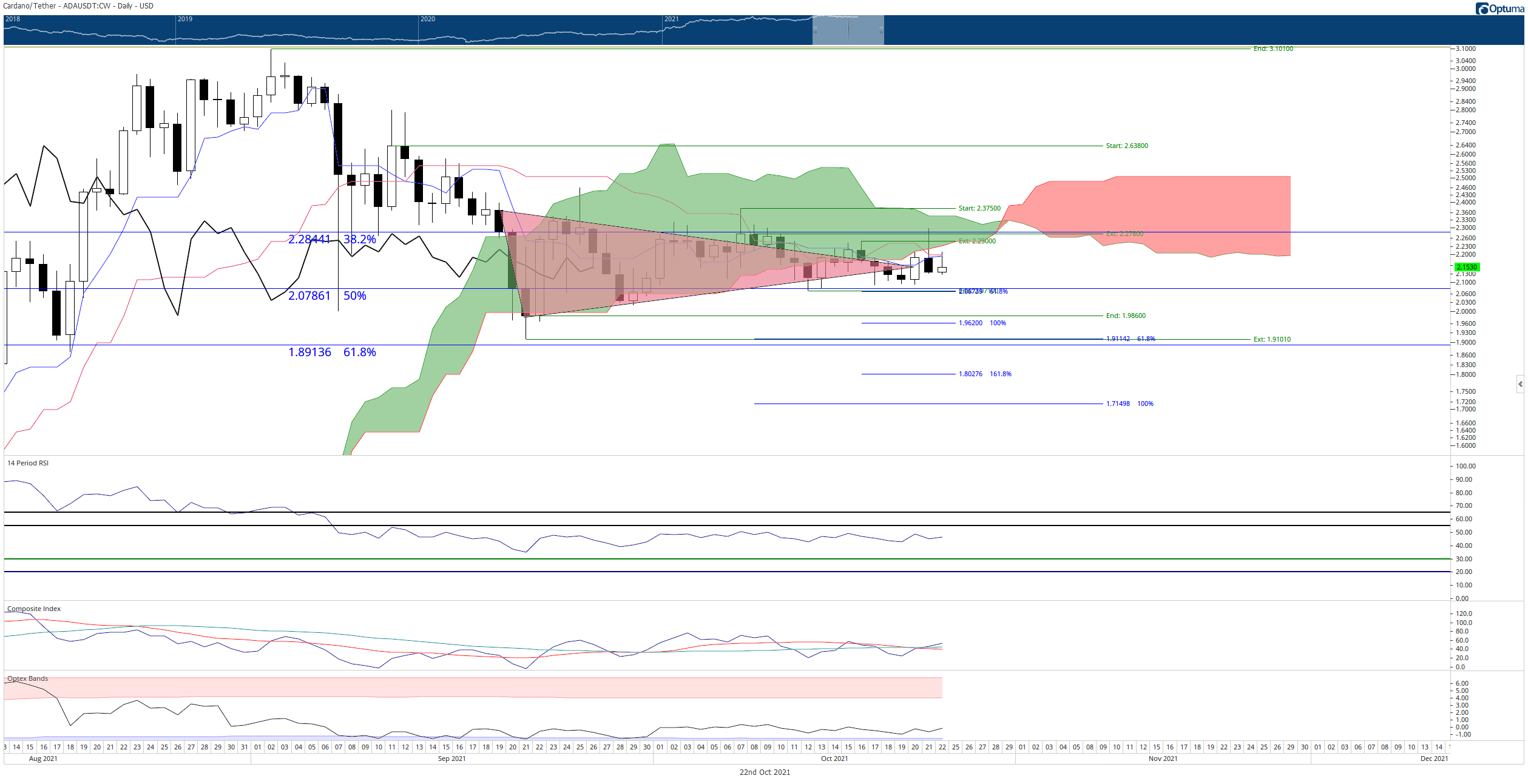 However, Cardano has a technical bearish bias within the Ichimoku Kinko Hyo system, so it is more susceptible to downside pressure than upside potential. Considering there are a large number of Ichimoku levels that Cardano must breakout above to resume a bull market, the current weakness may be enough to cause the bears to step in over the weekend and pounce on Cardano to drive it lower. Failure to hold $1.90 as a support level will likely mean a return to the $1.70 value area.