Cardano price coils up as it was rejected twice at the same level. This move provides bulls with a massive opportunity to push ADA higher.

Cardano price started its recovery on February 23, which pushed it 85% to a new all-time high at $1.486. However, due to investors taking profits around this zone, it has become a formidable supply barrier. The second run-up faced the same fate after a 48% climb, creating a flat resistance level.

By drawing trendlines along the higher lows and the horizontal supply barrier, an ascending triangle pattern seems to form. This setup forecasts a 45% upswing, which is the distance between the first reaction high and low from the breakout point at $1.48.

Therefore, a decisive daily candlestick close above $1.48 will confirm the breakout and propel ADA to $2.16. Interestingly, this level coincides with the 127.2% Fibonacci retracement level.

Although Cardano price action reveals a bullish outlook, its ascent to $2.16 isn’t a cakewalk. In fact, the 100% Fibonacci retracement level at $1.89 could serve as a primary target for ADA. Slicing through this will confirm the bullish momentum and set up the stage for the next leg up.

A FOMO wave gripping investors after $2.16 could have the potential to catapult the so-called "Ethereum killer" to the 161.8% Fibonacci retracement level at $2.66. 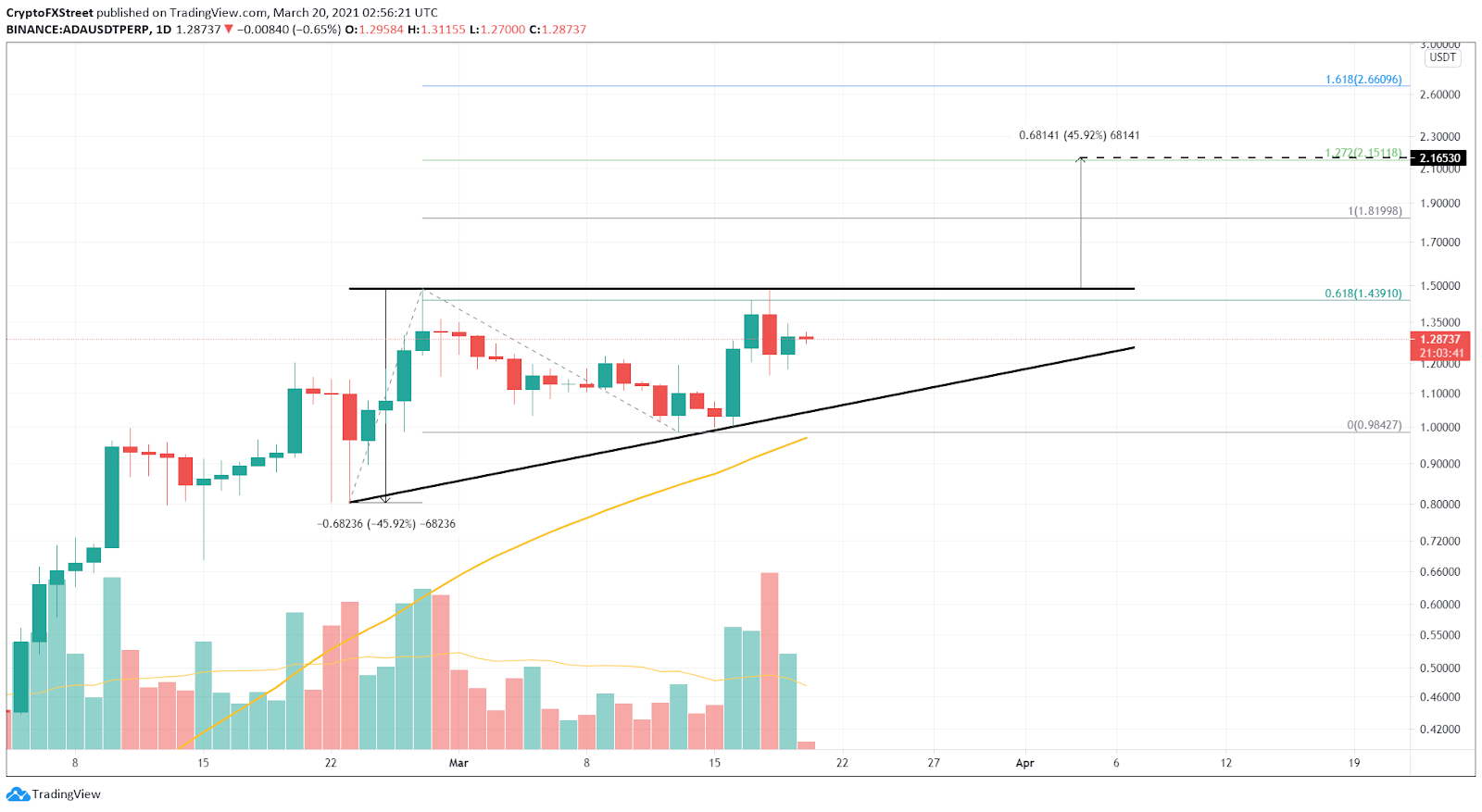 Cardano price is still a long way from breaking out and could trend lower due to overwhelming bearish momentum. Suppose ADA bears slice through the ascending triangle’s hypotenuse leading to a daily close below the 50 one-day moving average (MA) at $0.98. In that case, it will invalidate the bullish outlook and kickstart a bearish one.