Earlier today Coinbase Pro announced the support of Cardano with four trading pairs including USD, BTC, EUR, and GBP. Trading will commence at 9 AM Pacific Time Thursday, March 18 as long as liquidity is met.

Cardano price jumps on Coinbase news, but will the move last?

Cardano price is up by 24% in the past few hours after Coinbase announcement. However, investors are concerned whether this move will last or not. 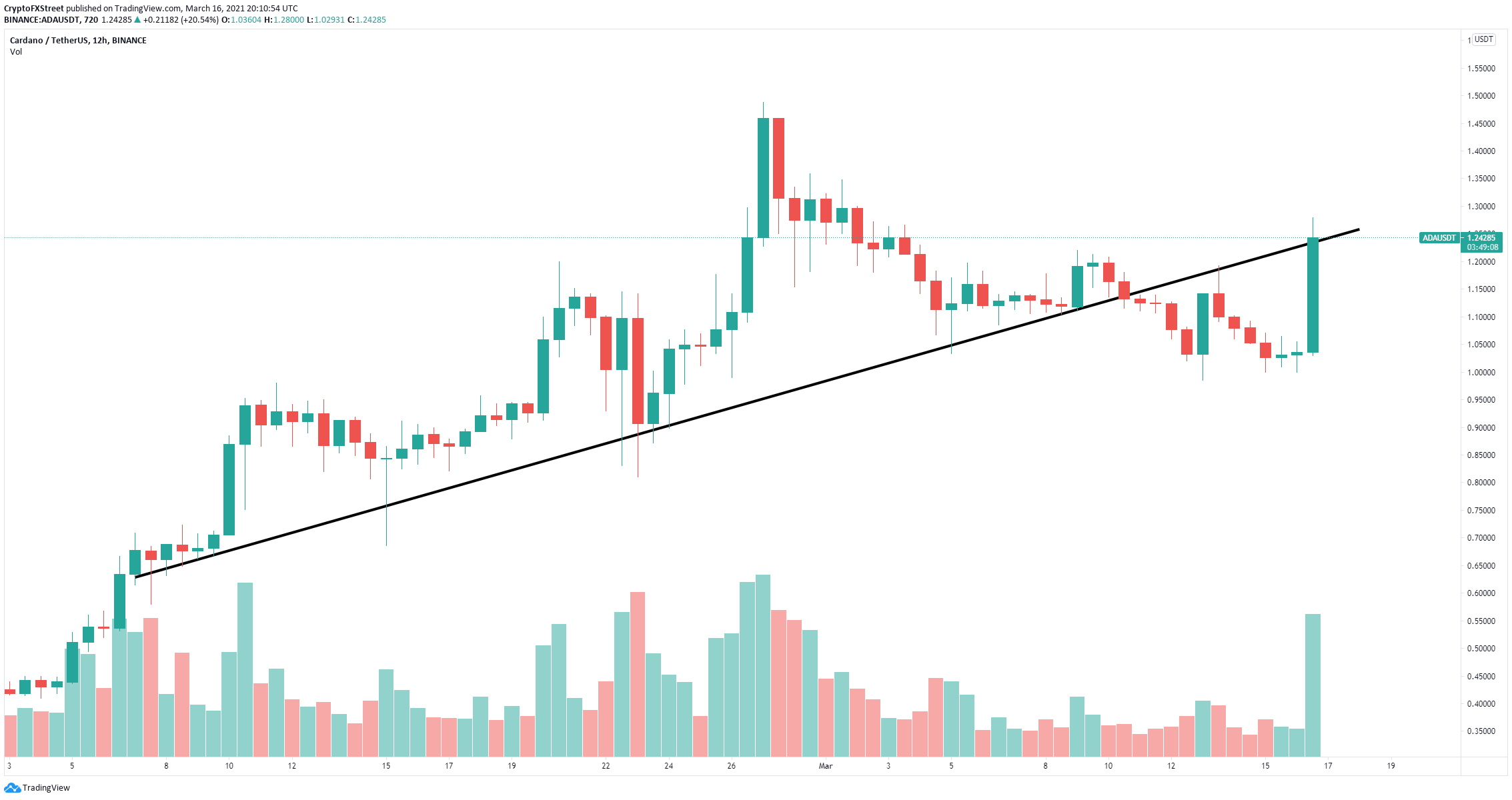 Cardano formed a significant support trendline since February 7 which was eventually broken on March 11 leading to a notable sell-off. The same trendline is now acting as a robust resistance level and has just rejected Cardano price again.

However, despite the robust trendline resistance, the In/Out of the Money Around Price (IOMAP) chart shows practically no barriers above $1.27 and strong support between $1.17 and $1.06. A strong rejection from $1.24 would drive Cardano towards $1.17 and potentially down to $1.06.

On the other hand, breaking through the robust trendline of $1.24 should push Cardano towards $1.36 as there is no resistance ahead.