Cardano price action is the canary in the coal mine, with an overall drop of over 5% this week after hopes of a turnaround quickly faded. The early recovery was led by strong earnings out of the US from, mainly, banks but the release of  UK inflation this morning, which pointed to another record high, undid early gains. With political unrest not easing in the UK, the economy looks to be on the brink of collapse as every move is only making things worse and Truss is on the ropes after just a few weeks as PM.

Cardano price action must be making traders ask why it is so important to follow the developments in the UK. The reason is very simple: global markets are still being squeezed by inflation, and central banks are trying to do whatever they can to get it under control. The biggest and most sensitive economy exposed to this is the UK, where the current turmoil is acting as guidance for the US and Europe. Should the UK economy collapse and see a severe recession , it will be inevitable for the US and the eurozone to avoid one.

ADA price action thus has been undergoing a correction. Expect to see ADA price make new lows and look for the next level of support. Around $0.3240 looks plausible – the level hit on January 17th, 2021. In hindsight, more troughs and a fresh new two-year low are also up for grabs. 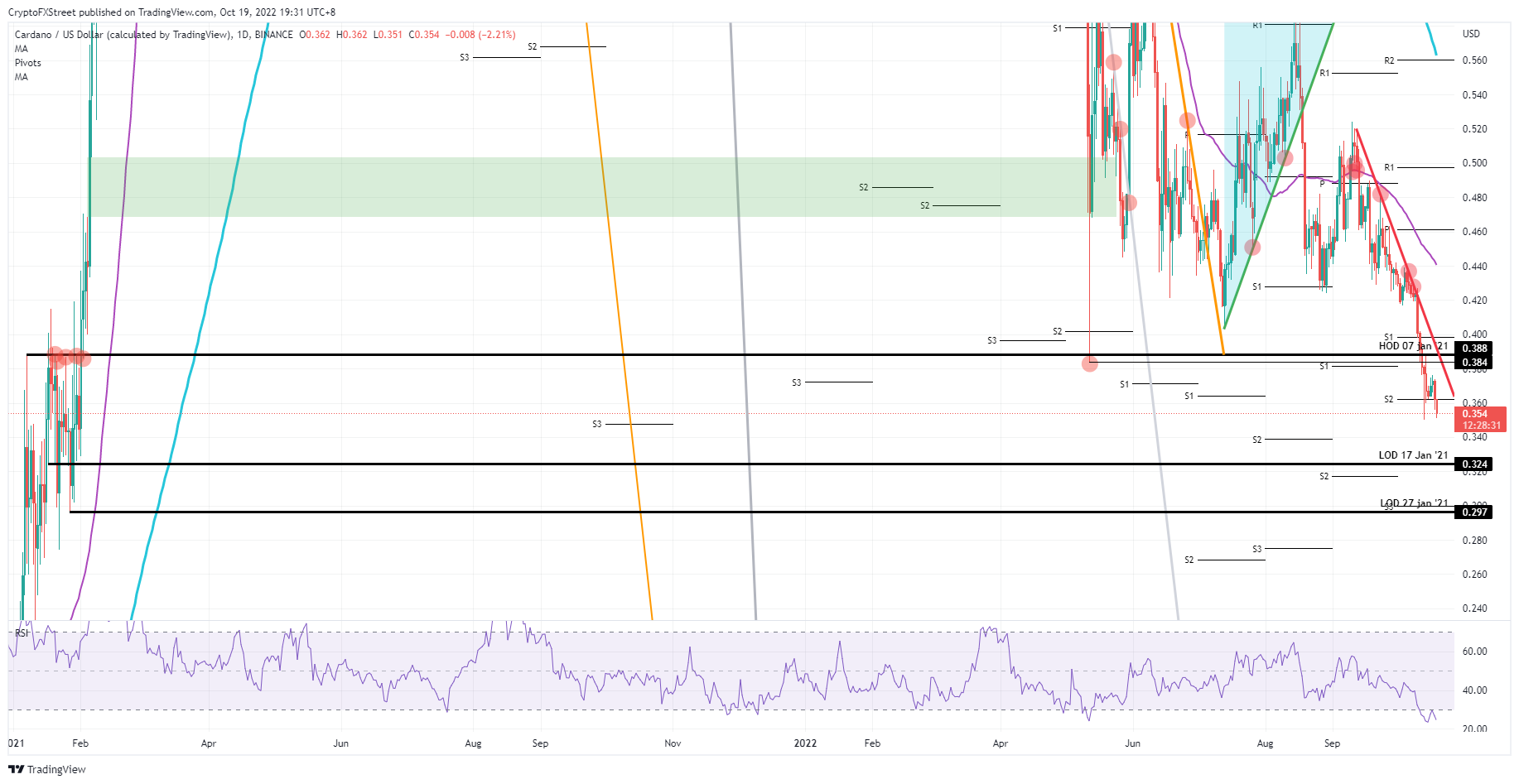 Alternatively, a quick turnaround could be spun by another strong batch of earnings from the stock market. Certainly, as plenty of tech stocks are set to report earnings in the coming days and weeks, this could push the Nasdaq higher which is highly correlated with cryptocurrencies. In such a scenario, expect some tail winds to kick in and lift the ADA price higher towards $0.39, with a possible breakout above the red descending trend line, opening the door towards $0.44.