Bitcoin (BTC) launches into a new week determined to keep $60,000 as support — despite new all-time highs failing to last.

After a classic Sunday dip, bulls regained control and have managed to keep BTC/USD clear of sub-$60,000 lows.

With neither the April nor October all-time highs seeing a retest so far, however, investors are eager to see where Bitcoin is capable of going.

Expectations remain sky high — as much as $300,000 in the coming months, and even a continuation of the bull run well into 2022.

Cointelegraph takes a look at five factors to consider when charting BTC price action in the coming days.

A cool picture on global markets as U.S. stocks futures remain unmoved prior to the open.

Inflation continues to bite, and even the Federal Reserve admits that it could stay higher for longer. A separate row over taxing unrealized gains is also coming in for intense debate among crypto circles.

Beyond soaring commodities, however, the picture is cooler when it comes to Bitcoin price triggers, as a decoupling from macro moves has already long characterized BTC/USD.

Ahead of the launch of the third Bitcoin futures exchange-traded fund (ETF) Monday, more attention is being paid to gold — and traditional ETFs — and the threat that Bitcoin poses to them.

“If CME open interest jumping several places to number 1 globally in a matter of days this week is not a barometer for massive institutional interest, I don't know what is,” Charles Edwards, CEO of investment firm Capriole, commented last week.

“This is a changing of the guard.” 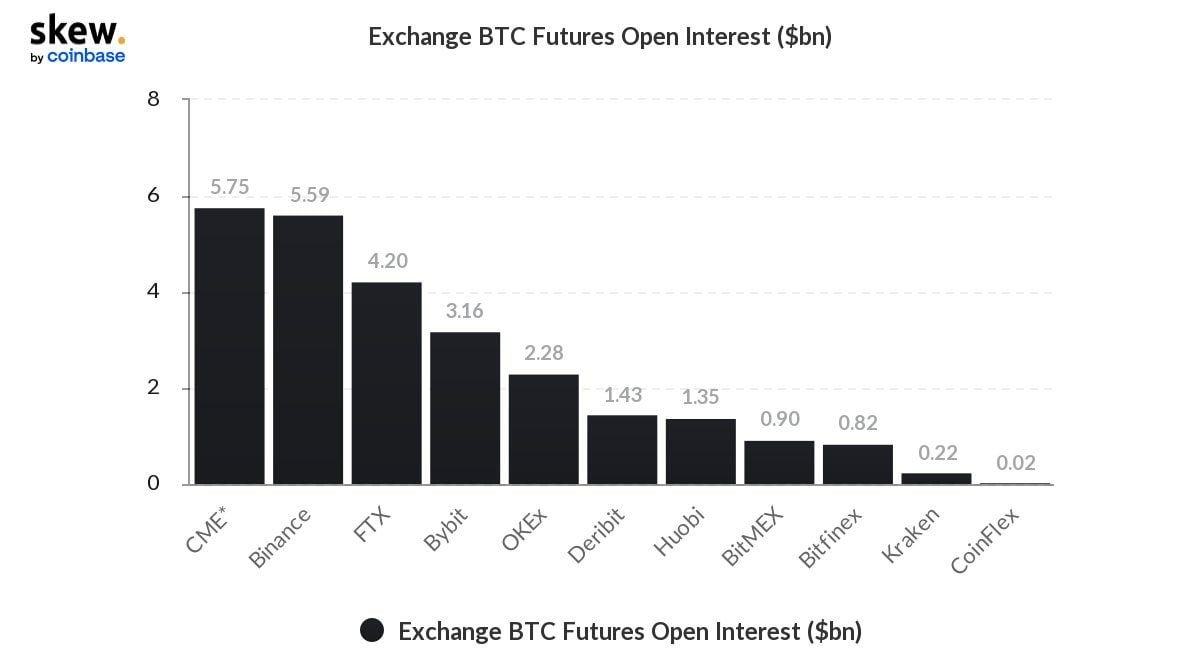 Edwards previously said that the futures-based ETFs would provide a “relentless spot bid” on Bitcoin, countering concerns about the instrument’s overall potency.

In classic fashion, a weak Sunday has turned into a bullish Monday this week as Bitcoin climbs above $62,000.

As bearish calls began to surface, however, Bitcoin was in no mood for abandoning its new trading zone — even as analysis argued that even $50,000 would still constitute solid price action.

The schedule for such a target has lengthened this month — for Van de Poppe, this should come only later in Q1 next year, contrasting with six-figure estimates with a much lower timeframe.

October is forecast to end at around $63,000, meanwhile, leaving uncharted territory for the last two months of 2021.

For popular analyst TechDev, Bitcoin is still replaying 2017 price action with almost uncanny accuracy. This, too, would suggest much higher price levels before the year is out — in line with December 2017’s blow-off top.

Another week, another reason to get bullish on institutional investment as Bitcoin sees another exchange-traded fund (ETF) go live.

This Monday, it’s the turn of VanEck, almost a household name in cryptocurrency circles thanks to its years of attempting to get a Bitcoin ETF product to market.

Like last week’s offerings, VanEck’s Bitcoin Strategy ETF (XBTF) will have Bitcoin futures underlying, adding to the competition in advance of an initial regulatory decision on physical ETFs next month.

XBTF will have a 0.65% management fee, and will start trading as the third Bitcoin futures ETF on the U.S. market.

VanEck also plans to launch a physical ETF, with the Securities and Exchange Commission (SEC) due to decide on its fate on Nov. 14.

The second, from Valkyrie, was more subdued.

“We see Bitcoin on track to trade like gold,” a still-bullish Bloomberg senior commodity strategist Mike McGlone commented on the latter’s launch day.

He referenced the rags-to-riches transformation that accompanied gold in the early 2000s when it first attracted its own U.S. ETFs.

At the time, like ProShares, the first gold ETF, the SPDR Gold Trust (GLD), gathered over $1 billion in its first three days’ trading in November 2004. 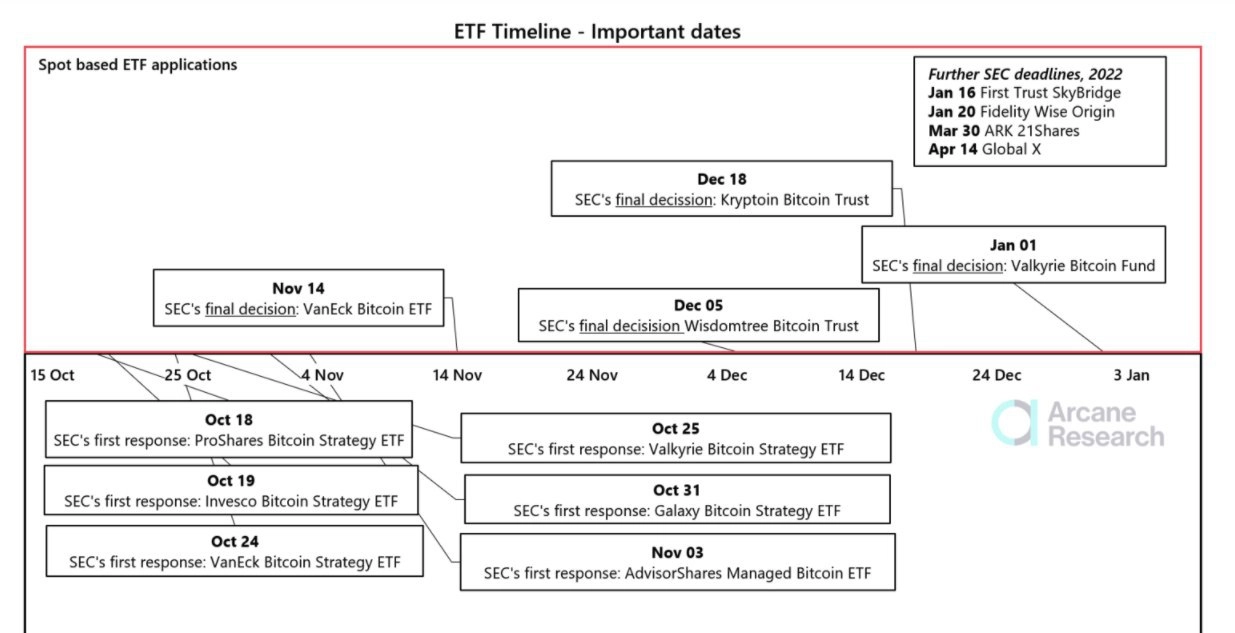 As Cointelegraph reported, exchanges are a key focus under current market conditions as a macro trend of decreasing Bitcoin supply slows.

During bull runs, mass inflows of BTC to exchanges tends to signal the price point at which the masses plan to sell — and hence the likely price top.

More broadly, however, the amount of Bitcoin held on exchanges has been falling — and this accelerated since the May price crash.

According to the latest data, it now seems that Binance has diverged from other major platforms this month, seeing inflows of BTC to its orderbook while most of the rest continue shedding reserves.

The run to new all-time highs for BTC/USD overall produced a slight uptick in exchange BTC levels, but this is negligible when viewed against the overall downtrend.

Hodlers are already known to have little interest in selling such a short way past previous all-time highs, and institutional buyers are assumed not to be planning snap sales just after gaining exposure.

Derivative exchanges have seen particularly active buying over the past week.

Sentiment gets a welcome cleanout

Change is once again afoot in crypto market sentiment, but unlike earlier in the month, investors are getting wary.

According to the Crypto Fear & Greed Index, unsustainable optimism in “Uptober” is no longer the mood when it comes to Bitcoin or altcoins.

Having hit “extreme greed” last week, the Index has deflated in line with BTC price action, as of Monday lying at 72/100 — simply denoting “greed.”

That level has formed a cluster at various times over the past three months, reinforcing the feeling that a “reset” has occurred for sentiment with Bitcoin still at $60,000.

Given that the classic cycle top corresponds with a Fear & Greed score of 95/100 or more, the implication is that further price upside — if slow enough — could carry on much longer.