Bitcoin traded at a significant discount to its long-term moving average earlier this week, implying an overstretched bearish move and potential for reversal higher.

The cryptocurrency dropped to nearly $30,000 on Tuesday, pushing the ratio to its 20-week simple moving average (SMA) down to 0.61, the lowest since the March 2020 crash.

“Our graphic depicts bitcoin at the steepest discount to its 20-week moving average since the March 2020 bottom around $4,000,” Bloomberg’s Mike McGlone said in a research note published on June 9. “A more enduring discount at the end of 2018 marked the low closer to $3,000.” 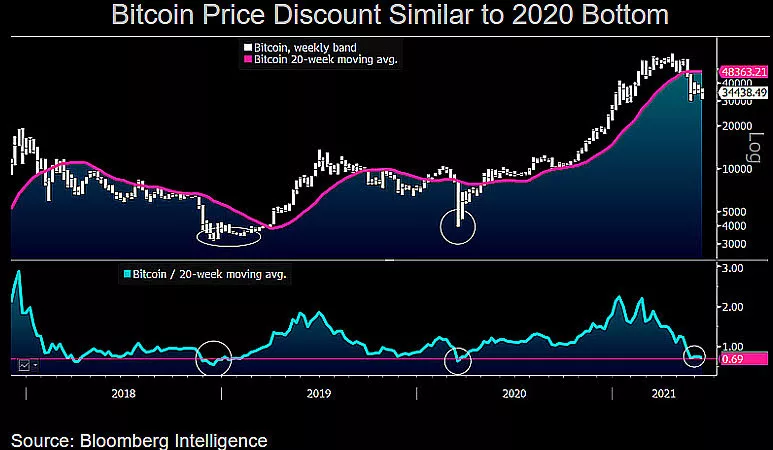 Shiba Inu price shows little to no connection with the crypto markets as it failed to rally on June 8. Additionally, SHIB continued to descend while most altcoins were on a rally, following Bitcoin.

El Salvador passed legislation to make Bitcoin legal tender, becoming the first country to do so. The IMF says that the country’s move raises macroeconomic concerns. The organization will meet with President Nayib Bukele to discuss the new law.