Bitcoin network activity continues to climb despite a drop in price below $50,000. Institutions are bullish on the asset and keep purchasing BTC when the price plummets.

Bitcoin wallet addresses holding 100 to 10,000 Bitcoin have accumulated $940 million worth of Bitcoin over the past 24 hours, as the price remains range-bound below $50,000. Activities of large wallet investors are considered indicative of future price trends. Accumulation by large wallets signals that whales have a bullish outlook on the asset. 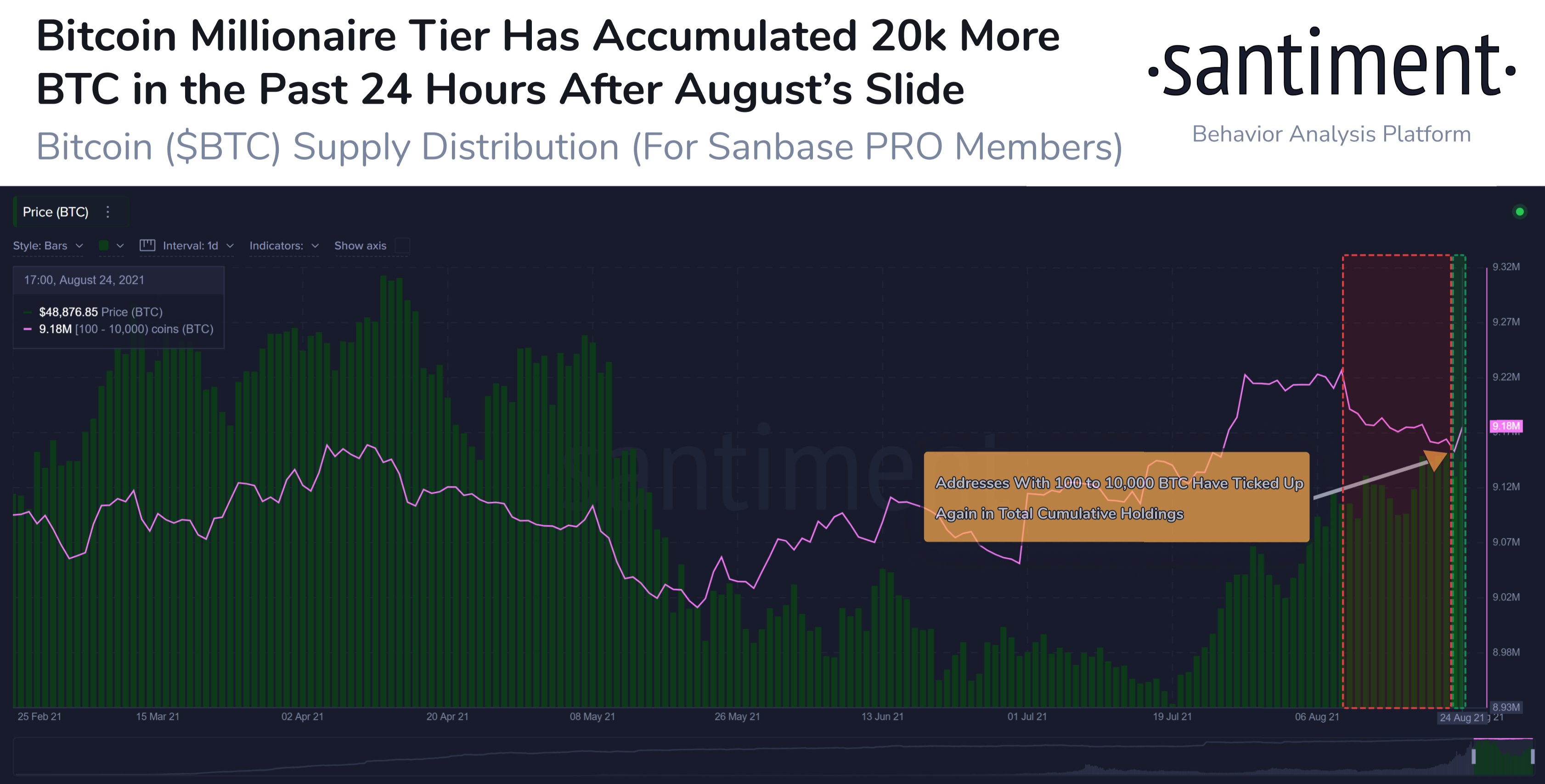 Another indicator of an upcoming Bitcoin trend reversal is institutional interest in Bitcoin. MicroStrategy, a business intelligence firm, purchased an additional 3,907 BTC at an average rate of $45,000. Adding $177 million worth of BTC, the corporation holds $2.9 Billion in Bitcoin at an average purchase price of $26,769.

Interestingly, data from Bitcoin Treasuries shows that companies that put Bitcoin on their balance sheet now control 8% of the asset's circulating supply (1.66 million BTC). The firm has considered the portfolio of publicly traded companies, private firms, ETF-like offerings and governments. This does not account for BTC that belongs to institutions and is inaccessible or lost, implying that the percentage of their combined BTC holdings could be higher.

A crypto trading simulator platform, Crypto Parrot, surveyed 55 crypto hedge funds to ascertain their year-end prediction for Bitcoin. The platform concluded that 65% of the hedge funds are bullish, and 21% maintain that BTC will trade between $100,000 and $150,000 by the end of 2021.

In the short term, analysts expect further consolidation ahead of the bullish trend reversal. According to FXStreet analysts, Bitcoin targets $57,000 despite the ongoing downtrend.