Sustained higher levels mean a retreat to $30,000 is looking less and less essential to preserve the bull market.

Bitcoin (BTC) traded in a higher range on Friday, with analysts keen to see which critical levels would fall next. 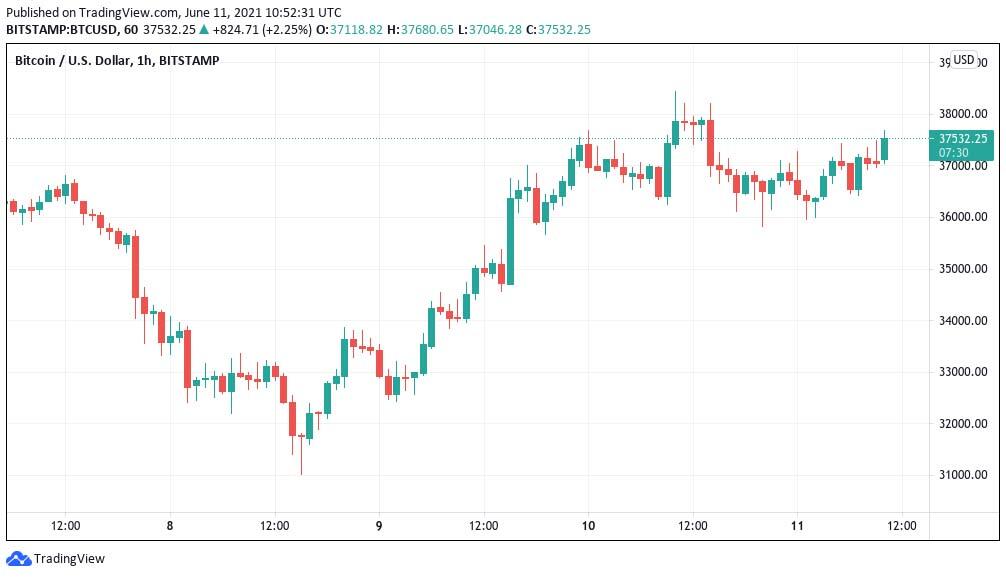 Data from Cointelegraph Markets Pro and TradingView showed BTC/USD retaining $35,000 support overnight on Thursday while so far staying clear of $40,000.

A push higher had taken the pair to $39,000 before the consolidation phase began, but overall, Bitcoin was yet to make a decisive move up or down on longer timeframes.

For popular trader Rekt Capital, $38,000 needed to be flipped to support.

“The ~$38,000 area for BTC is the one to watch right now,” he noted on Wednesday, noting its significance in the current consolidation cycle. 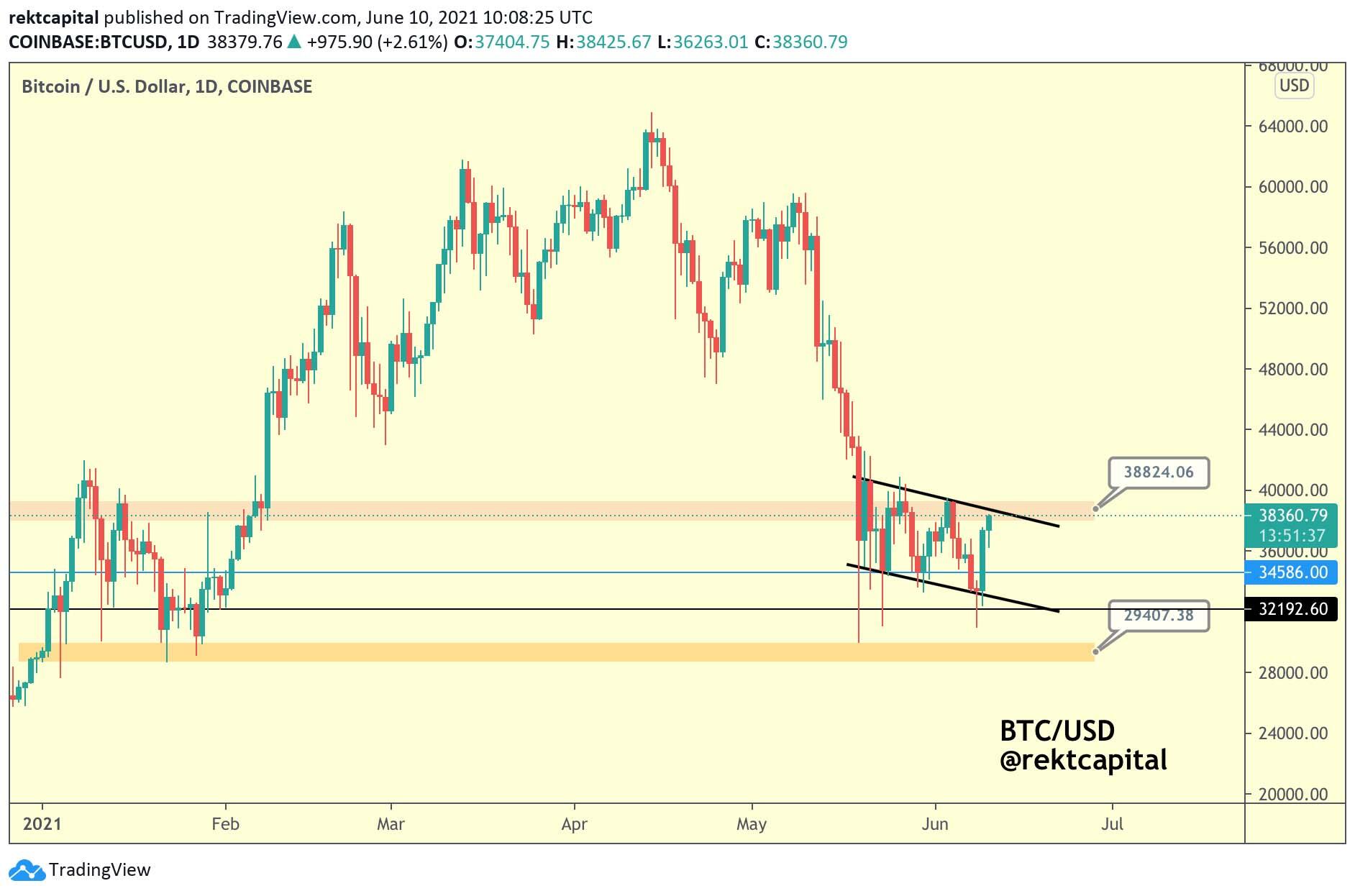 Since then, volatility has waned, but broad calls for a significant market drop may ultimately go unanswered.

As Cointelegraph reported, fellow trader Crypto Ed was among those forecasting a return to near $30,000 as Bitcoin’s next move. On Friday, however, this was looking increasingly unlikely.

“Printed a couple of HL’s and starting to think we don’t complete that leg lower,” he told Twitter followers, with a chart likewise highlighting a crunch point at near $38,000.

“Confirmation when we break and retest that yellow horizontal.” 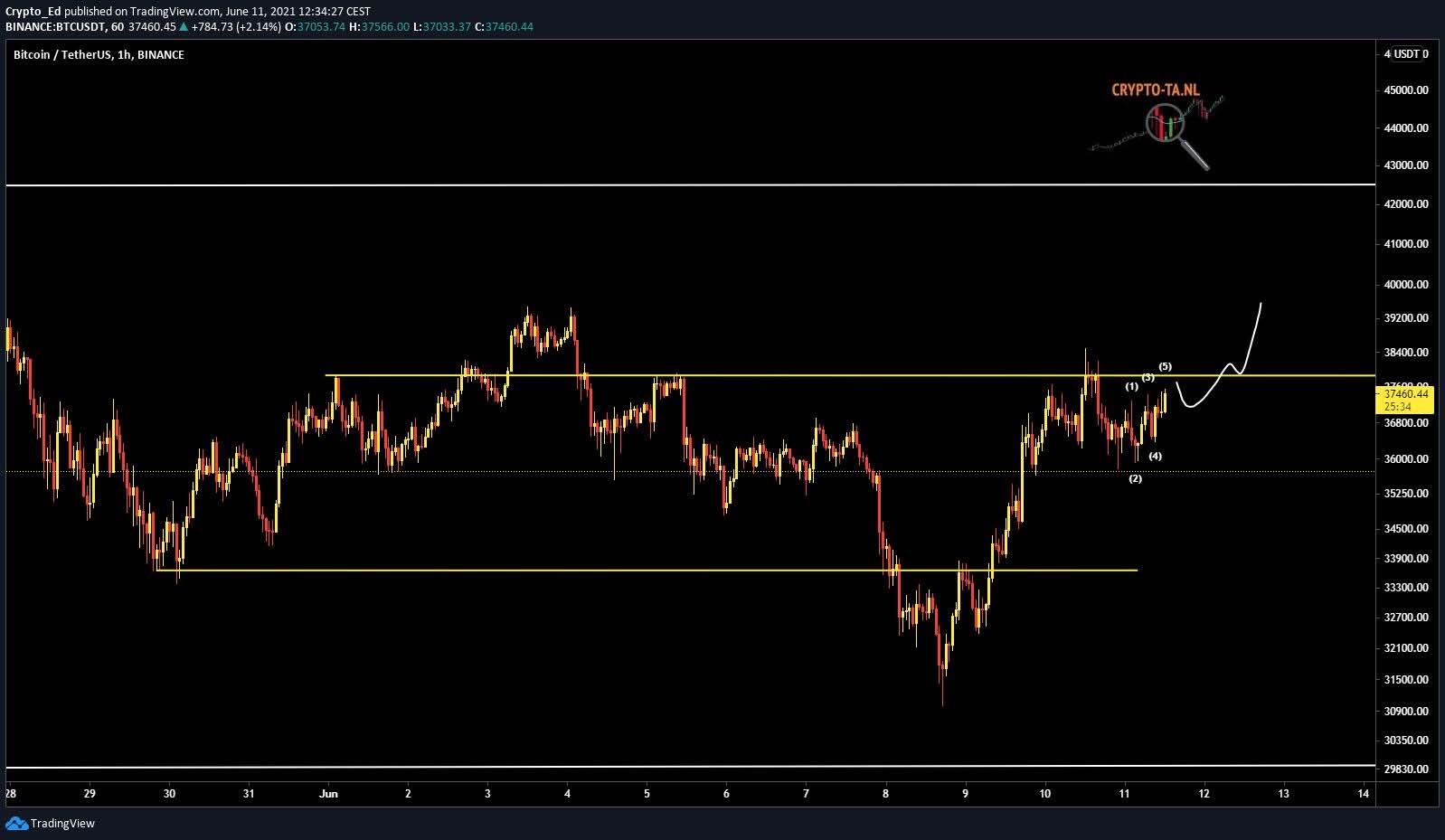 A look at buy and sell positions on largest global exchange Binance confirmed resistance at $38,500 and $40,000, respectively. By comparison, little noticeable support was in place much above $30,000. 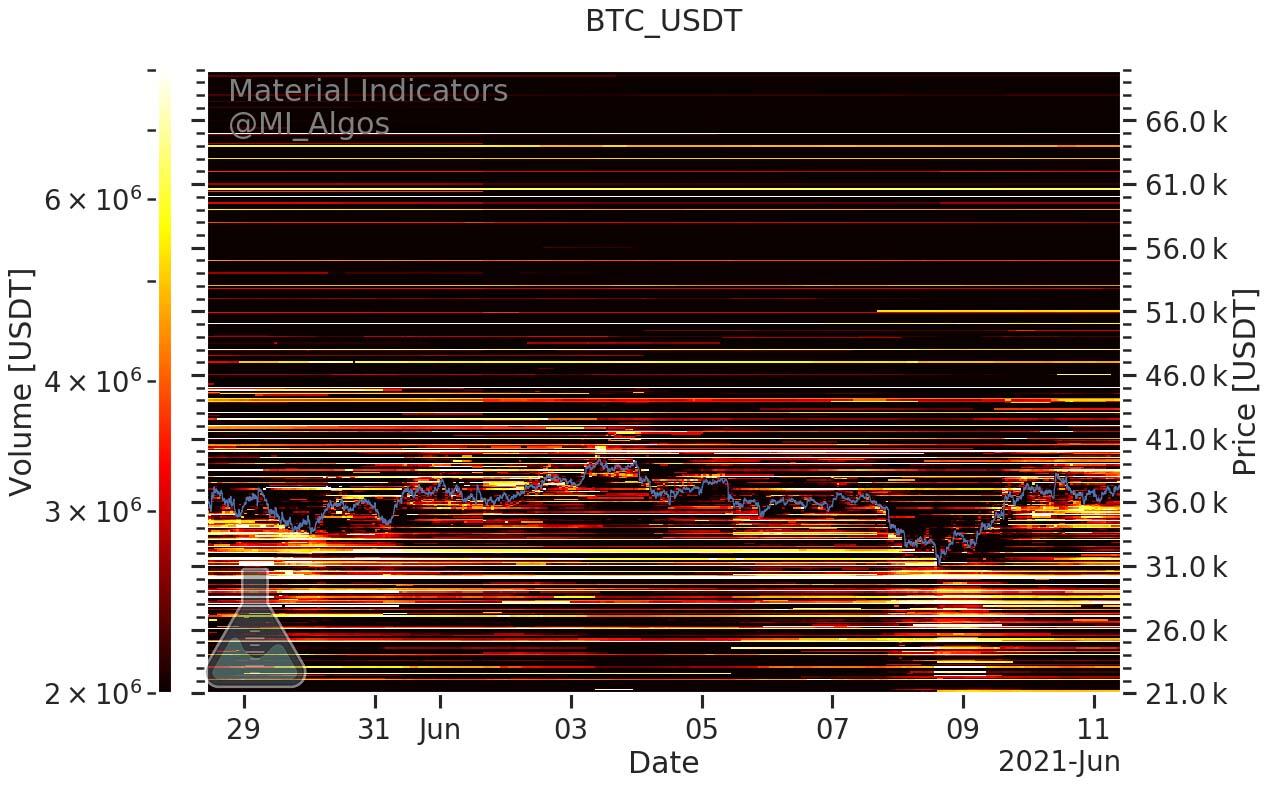 Buy and sell levels on Binance as of June 11. Source: Material Indicators/Twitter

On altcoins, the picture was more disheartening. Traders were faced with losses of around 4% across major tokens on Friday, with only Amp (AMP) positing noticeable daily gains of 17%.

Bitcoin’s market capitalization dominance thus improved as it drifted higher, hitting 44% from under 42% earlier in the week.