Bitcoin (BTC) hodlers are beating out speculators in a sign that the cryptocurrency’s bull run is “just beginning,” data suggests.

HSI measures Bitcoin activity from wallets in order to give an impression of how network participants are using BTC — and market sentiment as a result.

The data, compiled from on-chain analytics resource Coin Metrics, labels coins which have not moved in one to three years as “hodler” coins. “Speculator” coins are those which have moved at some point in the past 90 days.

The resulting comparison shows that, as of August, speculator coins were disappearing, while hodler coin numbers were spiking.

“This chart looks potentially promising for Bitcoin, as there are a growing number of Holders relative to a small number of Speculators in the market,” author Phil Bonello commented.

“Notice the similar structure to that of early 2016.” 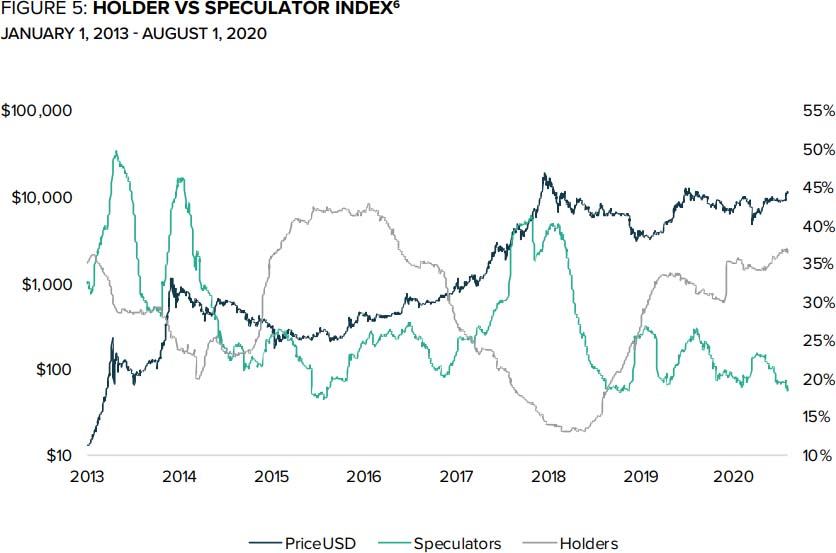 As Cointelegraph reported, analysts have already argued that the current state of Bitcoin echoes 2016, roughly 18 months before its all-time highs of $20,000.

With a raft of technical indicators all flashing green, the bullish potential has not gone unnoticed by many.

The Grayscale report meanwhile delivers further insights into the strength of Bitcoin investor resolve in 2020.

Despite highly varied price action over the past twelve months, there is a keen desire to keep BTC as an investment and not trade or sell it at any price up to the current yearly high of $12,000.

“It’s also worth noting that the Bitcoin blockchain reveals that there has never been a higher level of Bitcoin owned for more than one year,” Bonello notes.

“This metric indicates a strong conviction in Bitcoin by its current investor base. While this is a supply-side metric, it also demonstrates the demand for Bitcoin’s use case as a store of value — rather than trading, it appears investors are interested in holding Bitcoin despite its volatility.” 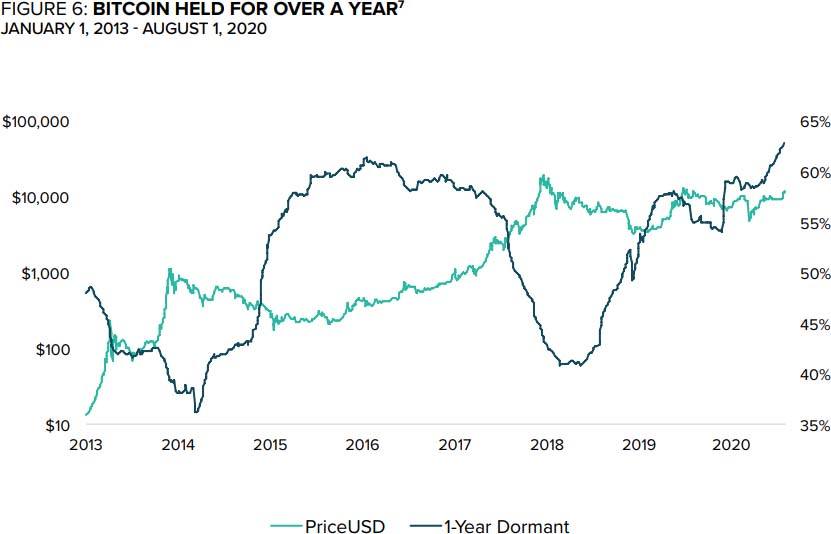 The store-of-value proposition continues to gain publicity this month as MicroStrategy, which purchased over 21,000 BTC in mid August, confirmed it had upped its holdings to the equivalent of over $400 million.

Sandbox continues to drift lower, bears to push SAND to $3.80

Sandbox price has made a slight bounce during the Thursday trading session, attempting a bullish daily close after three straight days of losses. However, sellers remain in control, and bulls will need to make some significant gains to convert SAND back into a bull market.

Axie Infinity price has dropped more than 10% since Monday and is nearly 57% lower than its all-time high. A bearish continuation pattern points to another leg south before buyers step in. Axie Infinity price action has been a source of frustration for bulls.

Solana (SOL) price action has been fading towards $131 after being rejected at $160, with bulls unable to make new highs. The recent break of the 200-day Simple Moving Average (SMA) looks to have been picked up by investors.