At press time, highs of $14,560 had appeared on major exchange Bitstamp, with BTC/USD subsequently returning to fluctuate around $14,500 amid volatile conditions. 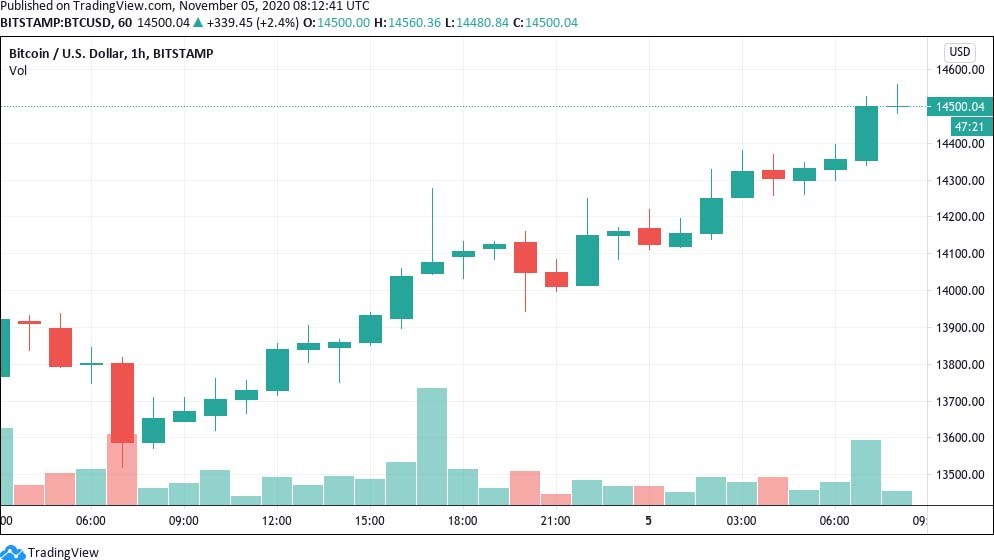 Daily gains for the pair stood at 6.5% as election turmoil produced solid gains for both Bitcoin and traditional safe-haven gold.

“Waiting for Bitcoin to break $14,400 or get rejected. For me this is the level to get passed before a relatively clear run to $17K,” he summarized late Wednesday.

However, the next major resistance now appears to be at $14,500, as can be seen in the orderbook heatmap below.

As Cointelegraph reported, analysts widely agreed that Bitcoin would be in line for significant gains should $14,000 flip from resistance to support.

The level had held since the early days of 2018 — just after BTC/USD railled to all-time highs of $20,000 — and became the resistance level that capped Bitcoin’s 2019 rally.